Driving abroad for the first time is a fear many have, but is it justified? I recall the ball of nerves Tasha and I were when we first rented a car in Germany, to drive down the autobahn. It was a foreign country, we were young, the car was a manual, and the roads had no speed limit. We didn’t even make it out of the parking lot before I stalled, having the parking lot gate close on me and requiring us to retrieve a new exit pass to get on the road.

Not a good start. However, I lived and I’ve continued to drive all around the world. Having just returned from Southern Mozambique where the roads and police are notorious. I can say that with a bit of caution, proper knowledge, and a steady hand you will survive driving in a foreign country. I spent some time profiling my tips to survive driving abroad for the first time, or anytime for that matter.

This is one that is a classic woe for many people, but one that is likely unnecessary. There are very few countries that require a notarized international drivers license if your license is already in English. No, people from the U.S. you do not need to head to the A.A.R.P and pick up one of their pieces of paper for $20, it is convenient for their business though.

A lot of the world drives a manual car. There are a plethora of reasons to learn asides from being able to hop in a rental car. It’s sort of like learning to tie a tie. Every person should know how to drive a stick. It also gives greater control over the vehicle and it’s just plain fun. Check out this link here for some more help on learning . It’s not too difficult, I learned on the crazy roads of Greece.

Google Maps and a Sim Card

No need to rent an expensive GPS system from the car rental company. Sim cards around the world are cheap and with prepaid options it’s easy to top up a smart phone. If you’re not driving far you can download offline maps on Google Maps, no need for sim card. Check out more of our favorite travel apps here.

DO NOT Drink and Drive

This is something that should go without saying, but do not drink and drive. Some countries have a zero tolerance where one drink could land you a DUI or in jail. Driving late at night should also be avoided seeing as most locals in developing nations have a tendency to be under the influence at night and can easily put you at risk of losing your life.

Always stop for pedestrians. Certain countries stop for pedestrians and certain ones don’t. It’s always best to air on the side of caution and stop for a pedestrian waiting to cross. This applies to driving in foreign nations that are developed. Driving in a developing nation is a different ordeal. For instance, if I had stopped for every pedestrian on this bridge in Mozambique I would have been gotten nowhere in a hurry. This does not mean caution should not be exercised. I would never recommend someone driving their first time abroad in a nation such as Mozambique, but in case you are driving here remember people on the roads is a way of life. Drive slow enough should you need to and they’ll move out of the way. They are not cows!

Losing your cool has never solved any problems on the road. Traffic, road conditions, navigation, pedestrians, livestock, wildlife, distance, and time all can add stress to your experience. That being said, remaining calm and collected always helps. It’s really easy to get worked up over nothing. Trust me, I’ve been there. However, every time I’ve realized it was all for naught and things would have been much smoother had I just “kept calm and carried on.”

When driving in a foreign country you’ll find the locals often don’t follow certain rules. Or they may drive much more aggressively than you’re used to. It’s best to mirror similar driving styles, within reason of course. No need to do 140kph down a pothole-filled road because the local is, but it does help to do things such as driving on the shoulder of the road. Passing is a very common occurrence and often you’ll find the locals actually ride in the shoulder of the road in order to allow faster cars to pass. Now, I wouldn’t advise riding the shoulder constantly, but when a faster car approaches you it is best to get out of the way.

You drive around enough you will come across a police checkpoint or roadblock. Be aware of the rules of the road for passing these. Certain points are full stop affairs while others should only be slowed down for. Do your research to know which is which, or take head from motorists in front of you. We noticed that the rules for driving in Croatia were vastly different than driving back home in America, and many signs meant varying things.

When it comes to developing countries livestock on the road is going to happen. It’s cause to not bother driving in these parts of the world at night, think dumb dark colored cows on roads windy roads with no streetlights. A few things to note when driving in a developing nation.

Traffic rules around the world are more or less the same everywhere. However, each country has its quirks and you should know the law regarding traffic regulations. It’s especially helpful when dealing with traffic police. Not knowing to signal when pulling off to the side of the road is a silly fine to have to pay. Also, it’s pretty important that most Americans know that you can not take a right/left on red in most places around the world (Including NYC!). Research the laws of the road before hand and be aware.

Know the emergency number to call. It’s a pretty safe bet to go with 112 in case of an emergency when driving abroad.It is the number used for many places around the world and can even be used in the U.S. You can find a full list of the countries using 112 here.

Insurance should be considered. Our favorite travel credit cards carry decent car insurance on them when we purchase our rentals with our card. However, that is no dice in some places and not everyone carries a travel credit card with insurance. In those cases you will need to pick up insurance from your rental company or a third party. Don’t go asking the rental company either, they’re pretty well trained to take your money. Do some sound research beforehand.

Car Hire Companies Are Not Your Friend

Even with some of our favorite rental companies we’ve had some unsavory moments at the checkout counter. Things like roadside assistance magically being added on to our bill and the attendant having no idea why the price is higher than the original quote. Not until we went through the itemized list and us asking did they admit that the roadside assistance wasn’t absolutely mandatory. And somehow the price came to what we were originally quoted. Who would have guessed? Certainly, not the agent during our road trip through Croatia who scoffed at the idea of me changing a tire myself.

If you plan to get anywhere on time you’ll likely have to learn to pass a car, bus, or truck properly. You must be bold but also cautious. When driving along winding roads the driver ahead may indicate it is safe to pass with their blinker. This is not always used, and you should still be cautious even when they have indicated. You’ll also be surprised to learn that most roads have an undesignated third lane, as in the middle of the road. It’s common for the passing car to go down the middle of the road while the oncoming cars move over to the shoulder. This is all done with speed, of course. Exercise caution and do not pass like this until you are experienced. It may not be the best idea for your first time driving abroad.

Not every country in the world has great roads, and in fact almost every country in the world has some bad roads. Some more than others, but they’ll be a point in time where you’re on a road that just may want to swallow your car whole. It’s become common place for us in Africa and Asia. Muddy. Yes. Rocky. Yes. Sandy. Yes. Potholes. Yes. Flooded road. Yes. Livestock. Yes. People. YES!

Always make sure you have cash on you for toll roads. Many, many, many places around the world have highways that toll roads. Yes, they’re annoying, but being prepared for these roads with cash on hand will ease any pain.

If you’re driving across borders in many places you’ll need to notify the rental car company in advanced to receive proper legal paperwork. This can also extend to your personal vehicle proper paperwork identifying the legal owner of the vehicle is a must. We’re currently on a tour of Southern Africa and carry with us a notarized document detailing the legal owner of the vehicle, the leaser, insurance, and permission to drive across borders. We’ve crossed several borders where they never checked and others where our vehicle was inspected and the paperwork looked over, it’s best to be prepared.

Don’t Over Do It

Yes you have wheels and get everywhere you’d like, but that doesn’t mean you should go everywhere. It’s pretty easy to over stretch yourself and visit too many places in one day. Take it easy, too much driving means you’ll tire yourself out on foreign roads.

Know How To Change A Tire

This could save you a serious headache in many places. One day you’re going to have a flat tire in your lifetime, or you’re just lucky. Check out this article from the American DMV on how to change a tire. No matter where you driving abroad tires are the same everywhere. 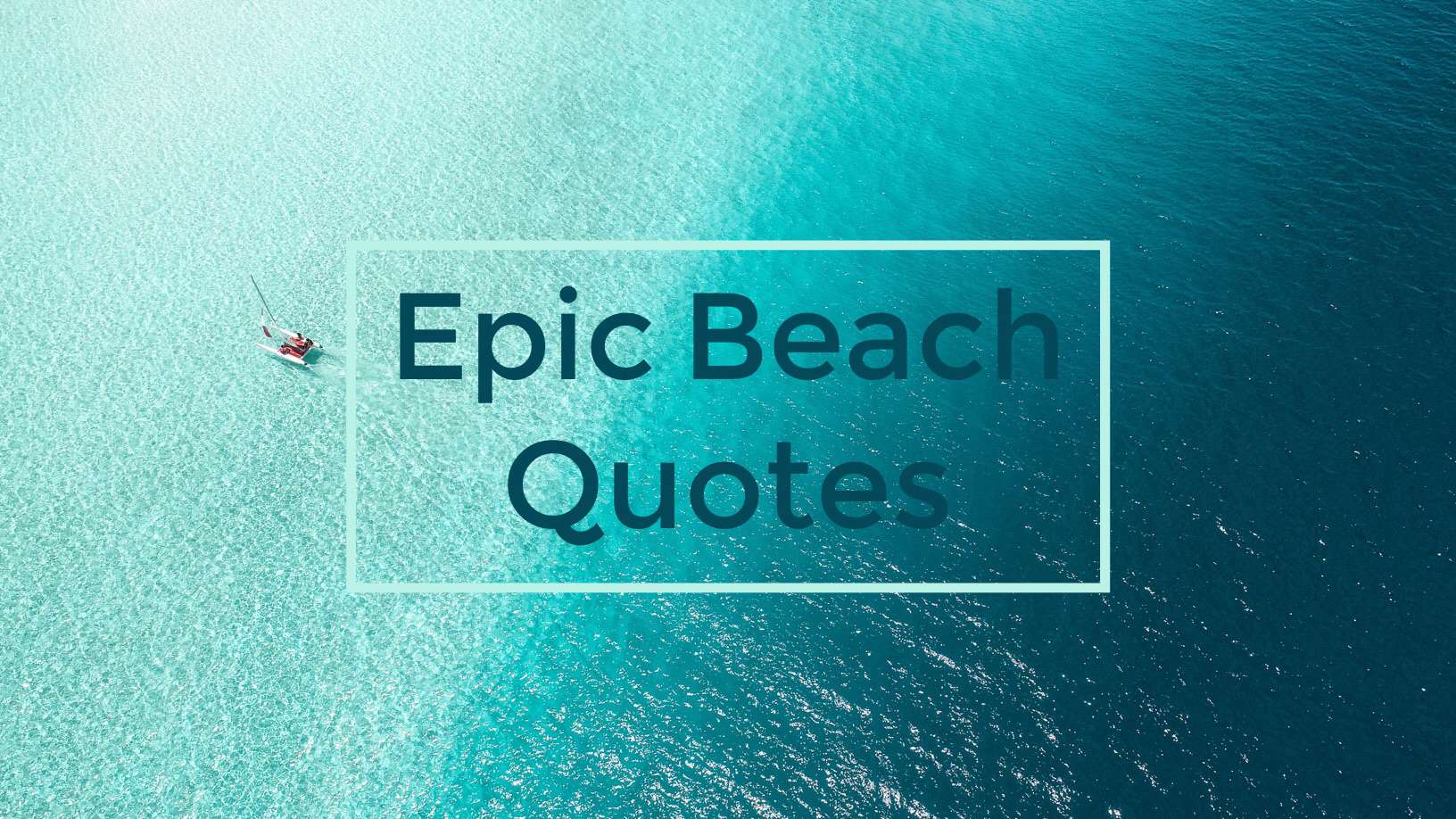 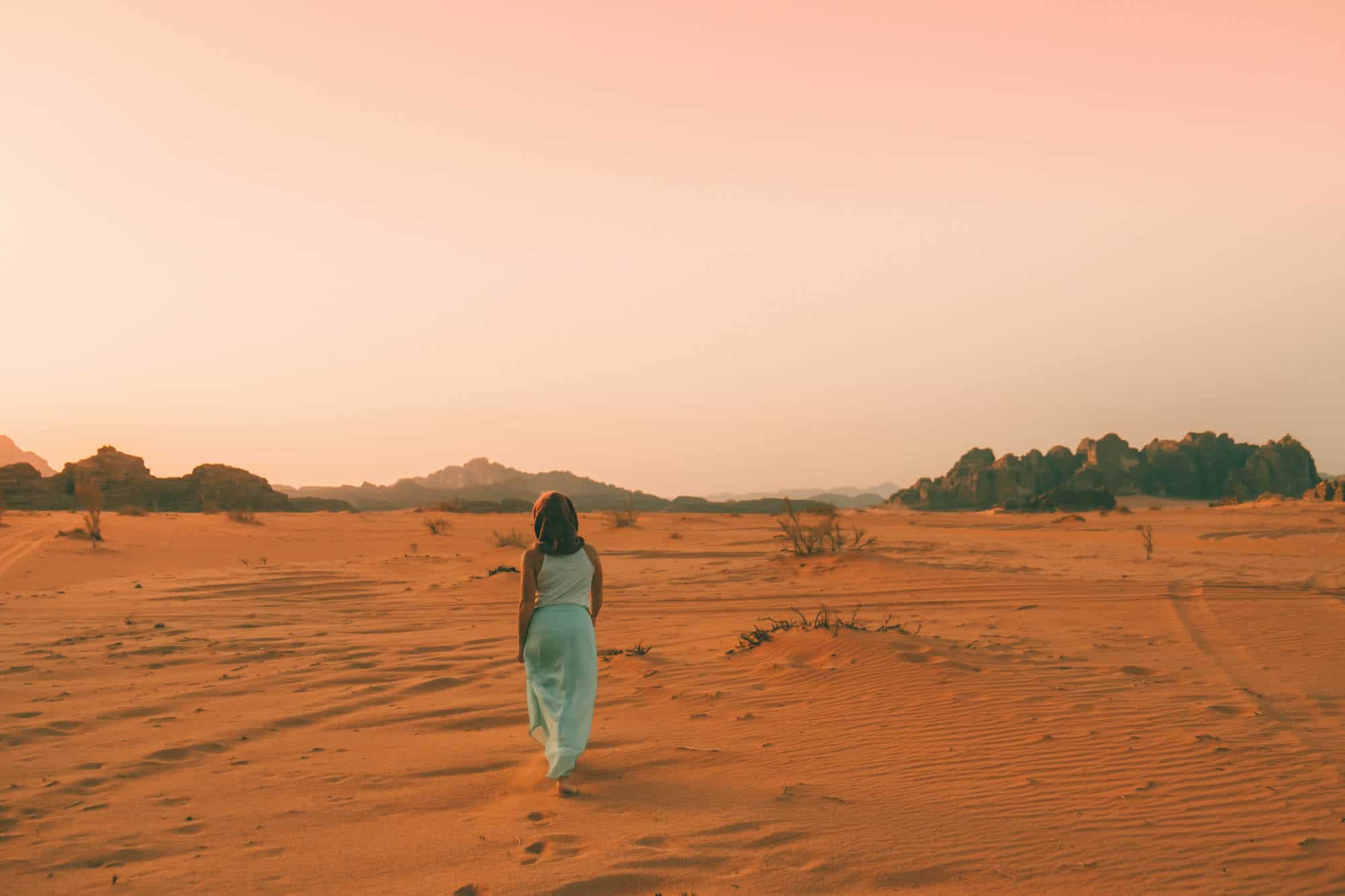 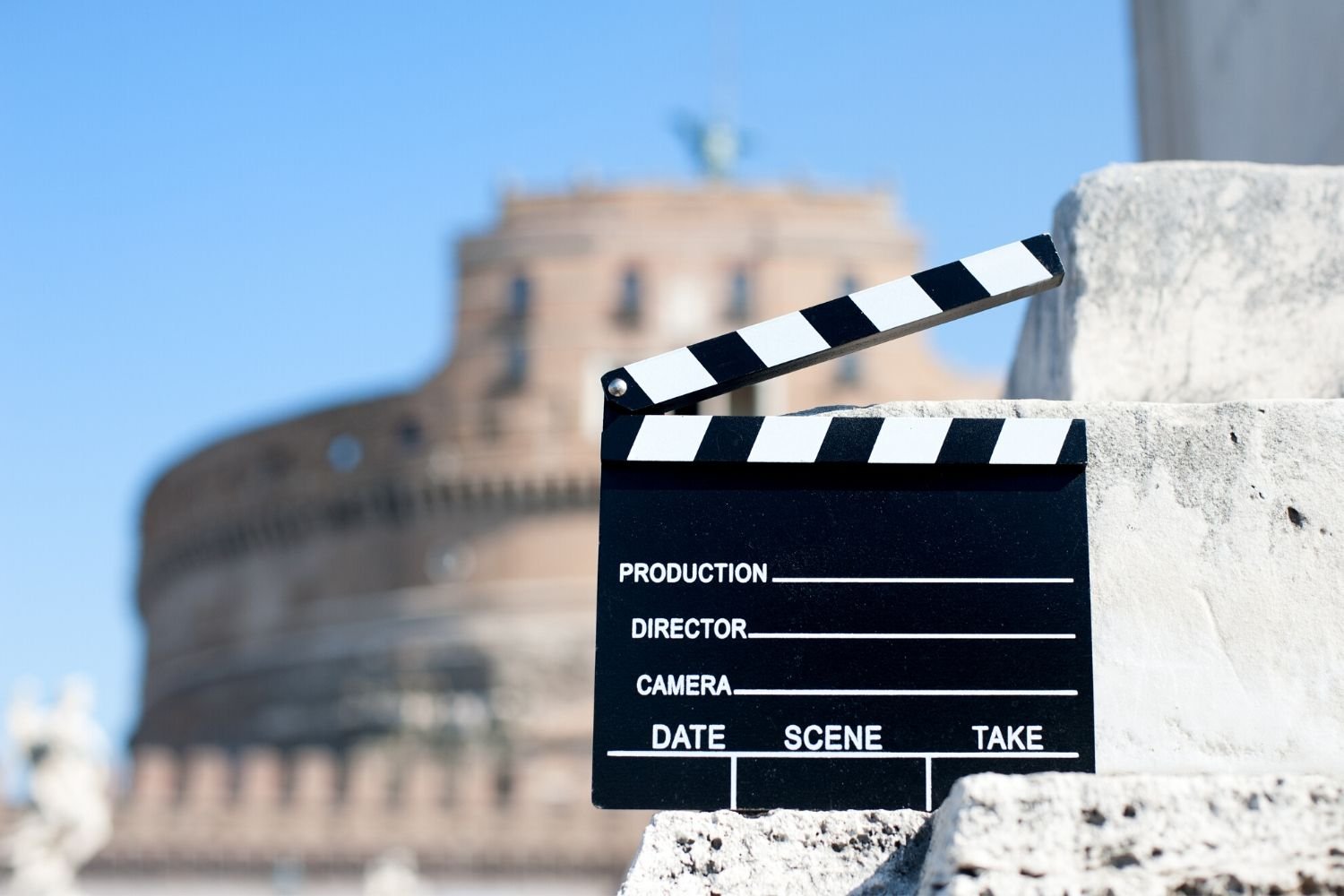 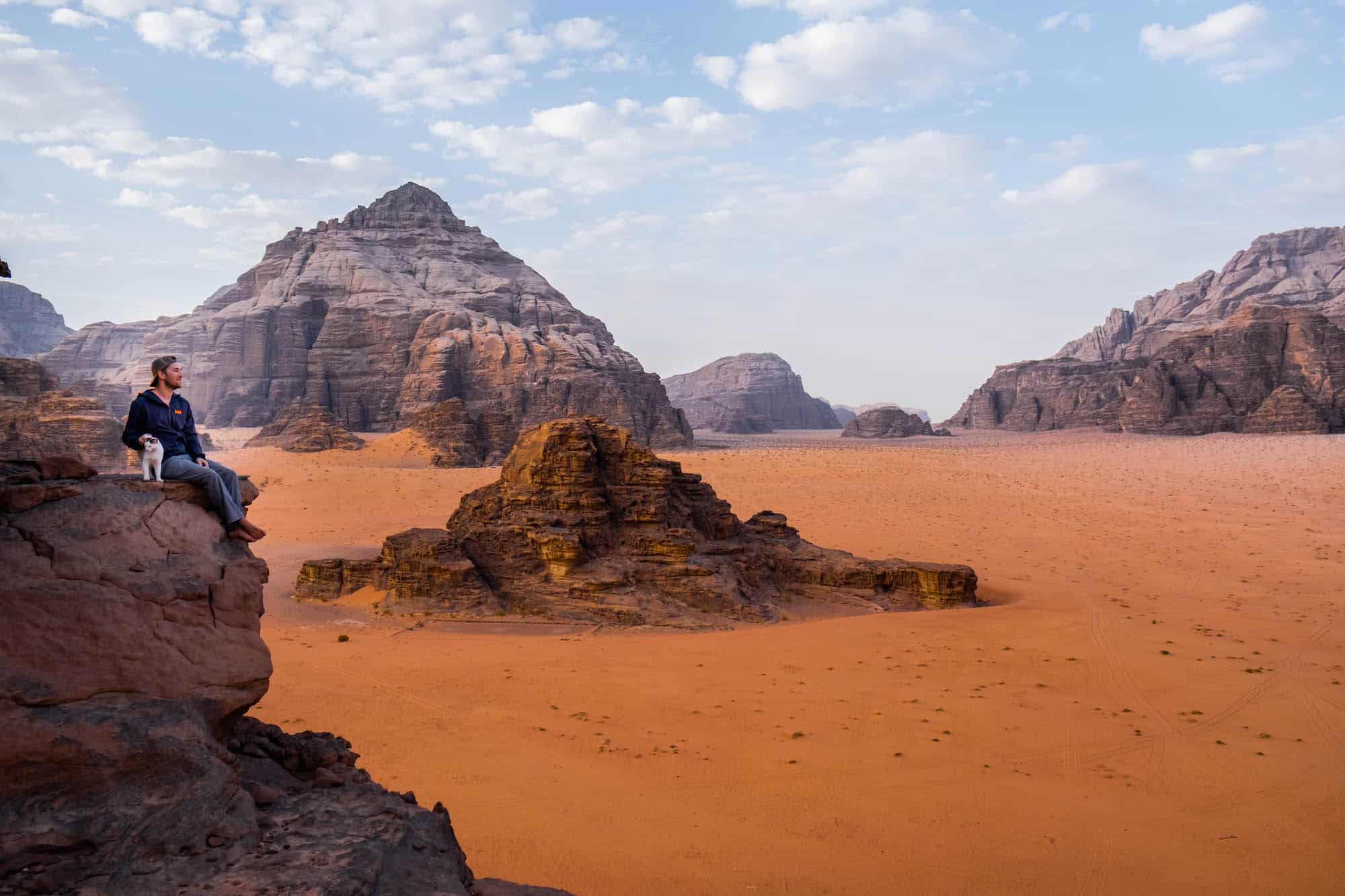 What to wear in Jordan is one of the final things to consider once you plan the basics of your trip to Jordan. Packing for Jodan can be very simple. The…