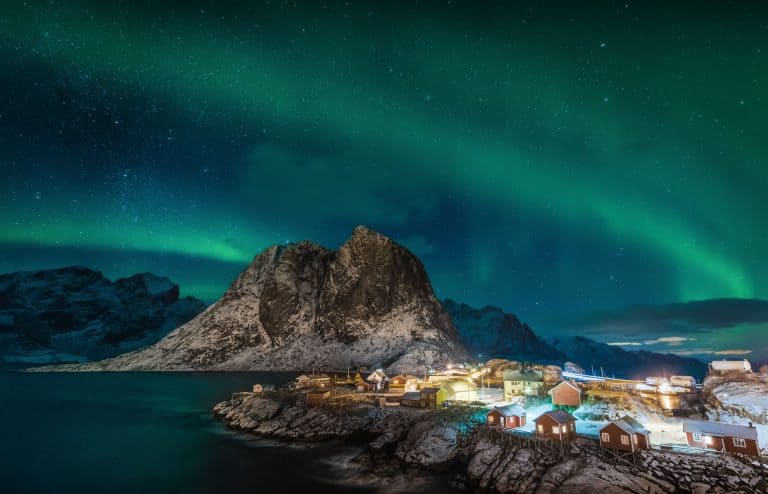 The more well-traveled we become, the more we learn to appreciate extraordinary once-in-a-lifetime experiences. A phenomenon no person will ever forget is witnessing the northern lights, or Aurora Borealis. We’re lucky and have seen the lights on a handful of occasions including one massive geomagnetic storm in the Nordics that gave us a dazzling light show.

There are a lot of ways that you can see the Aurora Borealis, but the most reliable way is to book a northern lights cruise. These cruises primarily sail along the breathtaking Norwegian coastline, making your days equally extraordinary.

How to Have an Epic Northern Lights Cruise

Book with a reputable company

When it comes to a northern light cruise one country and one cruise line dominate the market. Hurtigruten, a Norwegian company, has been running cruises in the Arctic for over a century. With 125 years of experience, they know what to expect and when to expect it in regards to the northern lights.

These Norwegian cruises range from five to 14 nights. Generally, they sail a route along Norway’s western coast and the three Northernmost counties of Troms, Nordland, and Finnmark, while their longer expedition cruises head further north to destinations like Tromso, the Lofoten Islands, and Svalbard.

Hurtigruten offers tremendous experiences and their cruises involve a lot more than just seeing the northern lights. During the day they offer several optional excursions as you explore one of the most beautiful coastlines in the world.

The most popular option for a northern lights cruise is a 12-day round trip route up and down the coastline. It covers around 2,500 miles of breathtaking fjords and coast; the Norwegian coastline is easily one of the most picturesque in all of our travels. Not only will the amazing landscapes impress you, but you’ll have plenty of activities to enjoy along the way.

Hurtigruten offers the largest selection of Arctic winter cruises and dates. They have a fleet of 12 mid-sized ships that are specially designed for expedition travel and leave the main port town, Bergen, in the south every day. The company guarantees that the northern lights will make an appearance on one of their 12-day Classic Roundtrip Coastal Voyage departing between October 1, 2018, and March 31, 2019, or you’ll get another 6 or 7 day cruise, completely free of charge!

Until September 30th, 2018 Hurtigruten is also running a special offer for $250 off a 12-day roundtrip cruise per person from January 1- March 31, 2019. Norway is already an expensive destination, so these savings isn’t too shabby. Find out more about that deal here.

What’s the best time for a northern lights cruise?

Any time you see the northern lights, consider yourself fortunate because it takes a bit of luck. To see them, it’s best to be in the Arctic Circle which is above 66 degrees latitude. While the Aurora Borealis is always seen by chance, it is most visible between October and March when the night sky is at it’s darkest and longest. In other words, winter isn’t just for getting cold and drinking hot chocolate – it’s also great for the northern lights!

Prepare to lose some sleep

The northern lights aren’t on a nice and convenient schedule where you can expect to see them every night at 9:00 pm. Some nights they’ll make an appearance in the early morning hours, while others it may be just after nightfall. You won’t need to stay up all night, but you should be prepared to be woken after falling asleep up in the middle of the night by a member of the expedition team.

The staff will verify in advance that it’s okay to wake you, but it’s common practice for cruises and hotels in the Arctic to wake up guests who wish to see the lights. We ourselves received a wake-up call one time in Iceland when the northern lights were on display.

This goes without saying, but you’ll want some warm clothes to brave the Arctic nights. This often means a bit more than a ski jacket since you’ll be stationary and staring at the sky. We spend a lot of time in cold temperatures as passionate snowboarders, and have learned to travel with winter gear.

As a great cold weather outfit, we suggest you pack thermal underwear, wool socks, a sweater, down jacket, windproof pants (ski pants), a scarf, hat, and a nice outer shell jacket. You can read our full winter packing list here.

When flying with these heavy items, we like to wear the shell jacket onboard the plane and wear our boots to save luggage space and weight. Just because it’s winter doesn’t mean you shouldn’t pack your bathing suit. Many cruises and hotels have hot tubs!

If you’re prone to seasickness or vertigo, it may be best to try and get a cabin near the center of the ship. The center is the sweet spot in ships, with the least amount of movement.

You can also consult your doctor in advance about prescription drugs such as Promethazine or Transderm Scop. Or just go with the classic-over-the-counter Dramamine, and try drinking ginger tea or ginger ale while onboard your cruise.

Learn about the Kp index

A great way to keep your eye on the sky is to learn about the Aurora forecast in Norway. The best way to know the activity and chance of seeing the northern lights on your cruise is to watch the Kp index and aurora map.

If you’re traveling all the way to the Arctic Circle, it’s only natural that you’ll want to take a few photos. If you plan to photograph the northern lights or do any night photography you’ll need a tripod and a camera that allows for manual controls.

A typical northern lights shot is around 30 seconds and requires the camera to be stationary. Before your trip, head out on your own to a quiet and light-free place and practice some nighttime photography to get the basics down.

Above all, enjoy your trip to the Arctic Circle. It’s an amazing part of the world that we can’t wait to get back to! 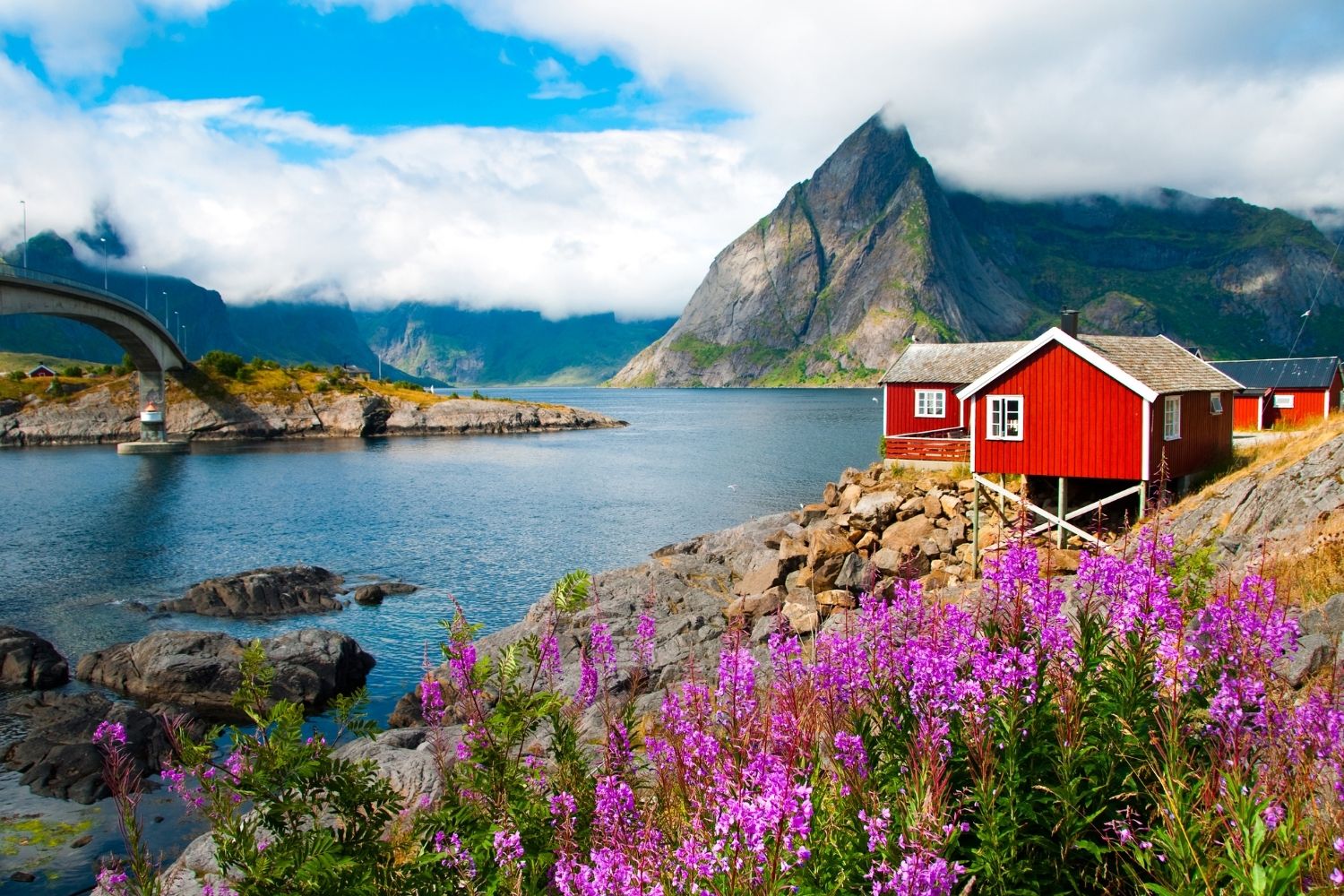 Seeking some facts about Norway? Norway happens to be one of the safest and most beautiful countries on earth! It’s a fascinating part of the world filled with natural wonders… 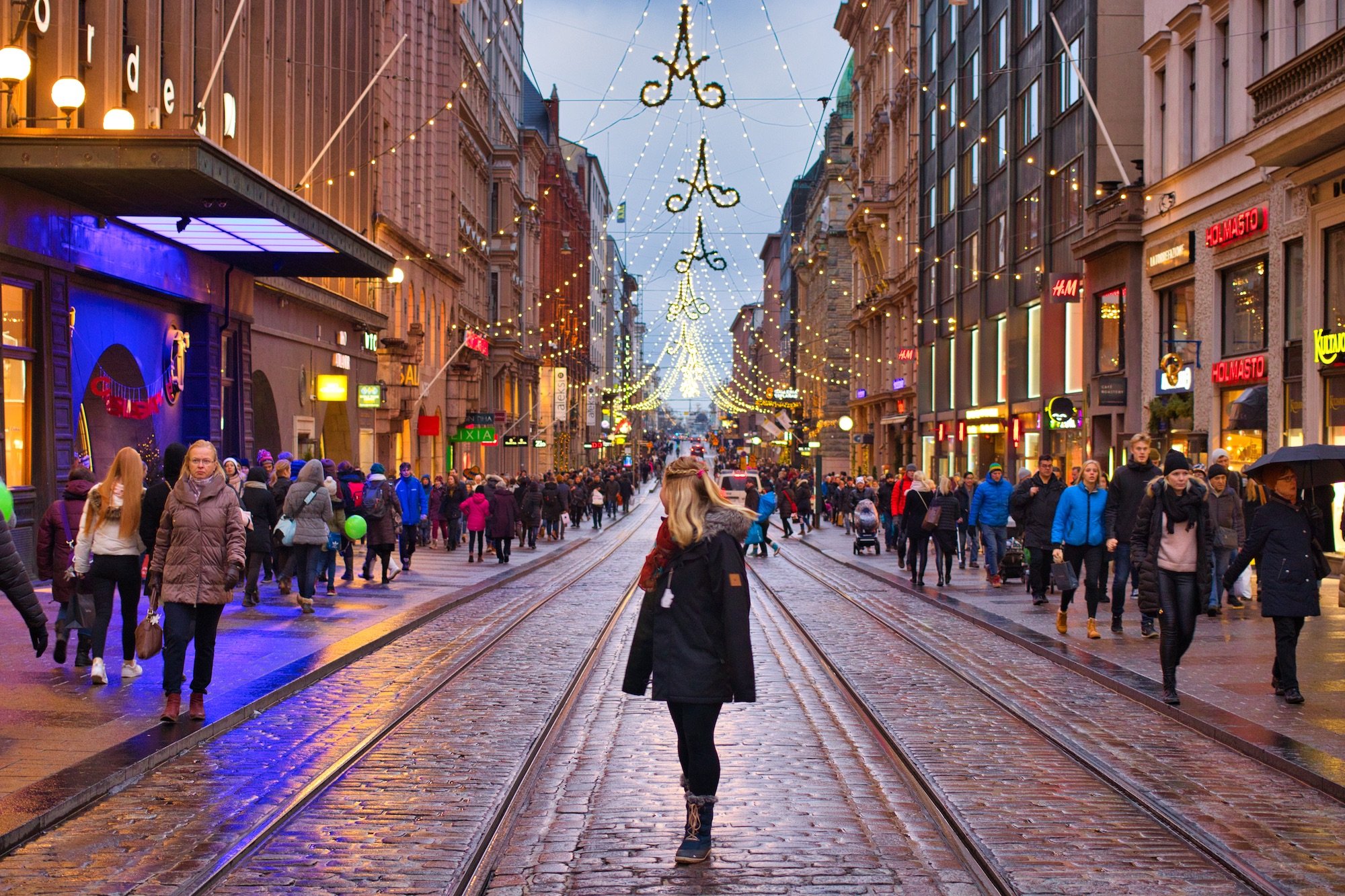 There are few cities in Europe that feel as forward-thinking as the capital of Finland. The Finns have pushed into the modern era and embraced design, food, and art. No… 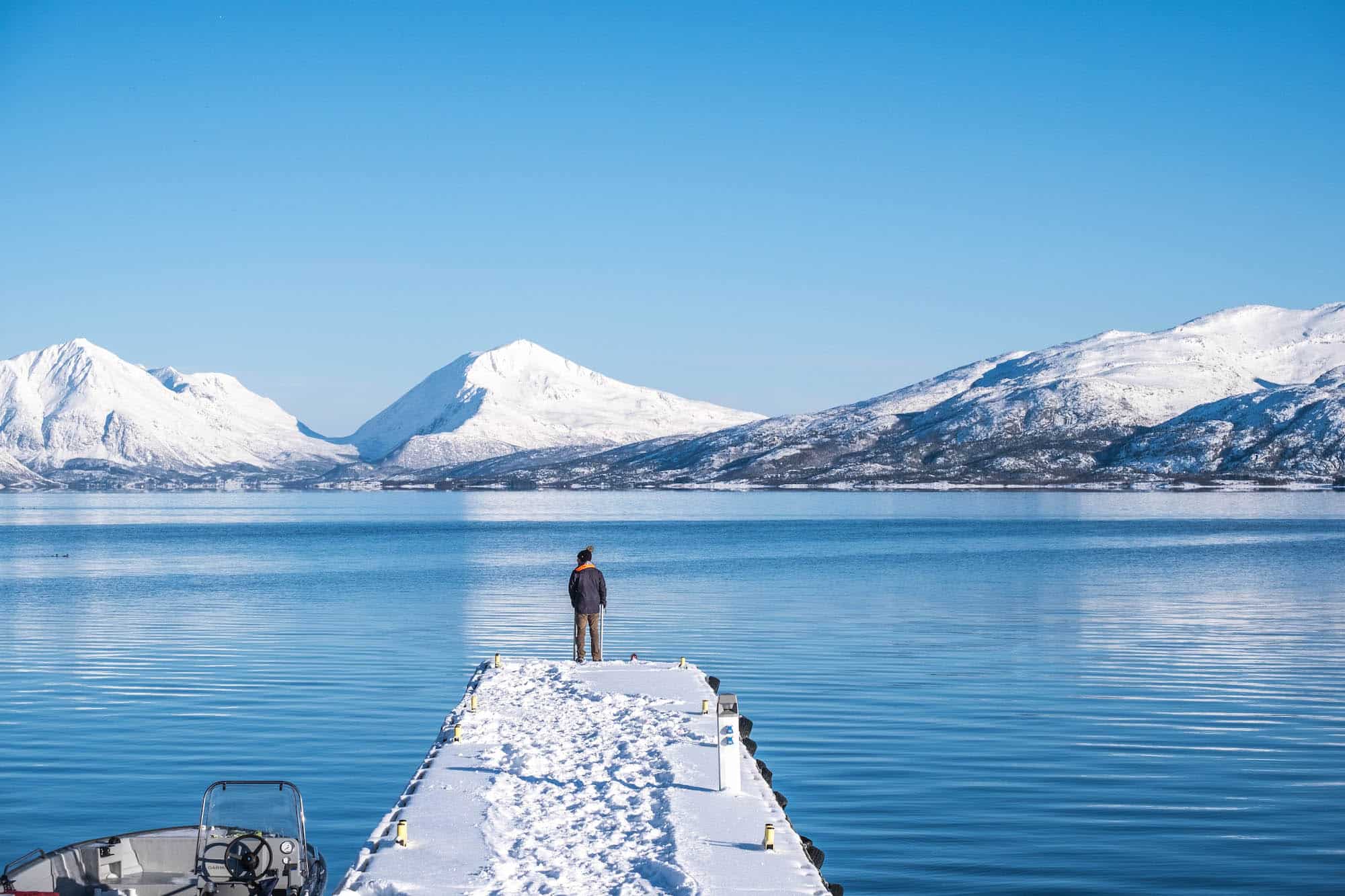 What’s it like to travel to Norway in the winter? Fantastic! We know a lot of people gripe about winter time and look forward to summer, but over the years… 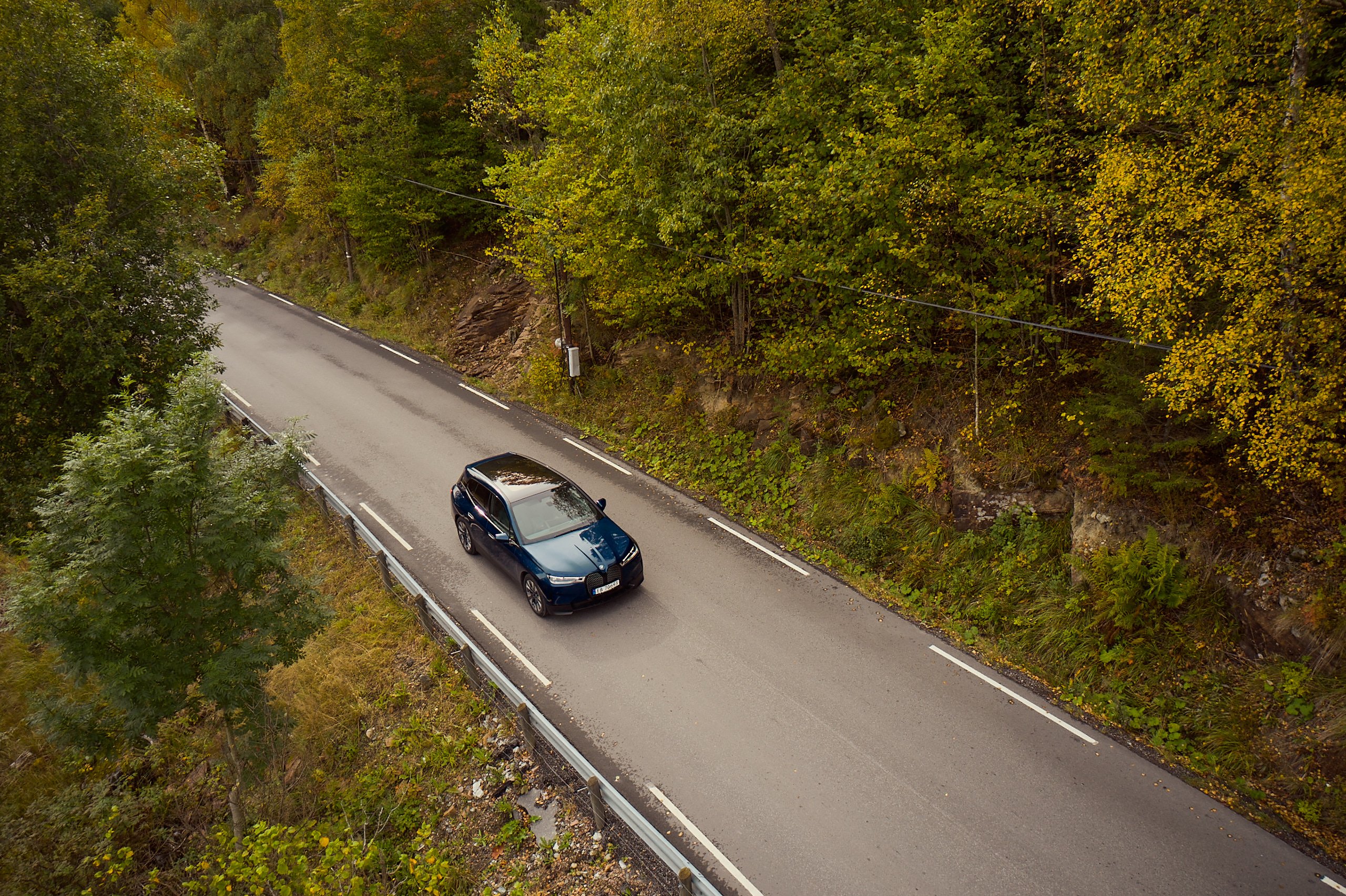 It’s hard to find a better option than the BMW iX xDrive40 to hit the open road with and explore new places. With Oslo as a base and excellent electric…