To celebrate the new year we’re counting down our top travel destinations 2016. The highlight of our 2016 will likely be the largest, most diverse, and wild continent on the planet, Africa. 2016 also brings the centennial celebration of National Park Service in the U.S., which may be the greatest American idea ever. Places like Croatia and Japan continue to dazzle as more international travelers visit.

Trends also continue to move towards newer developing nations such as Georgia, and Uruguay. While, wildlife and immeasurable undeveloped landscapes mesmerize visitors throughout the more stable African nations. We have plans to travel to all of these destinations in 2016, excluding a few, Japan and Uruguay. Without further introduction, here’s our list of the top travel destinations 2016. 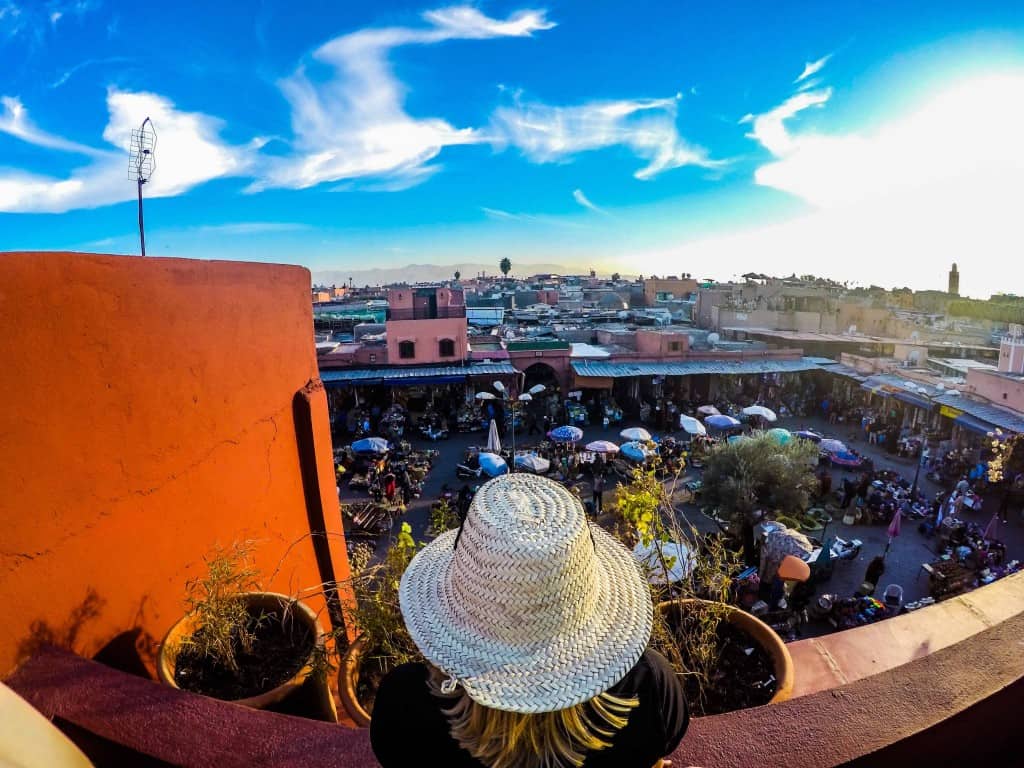 Our first travel destination of 2016. Morocco has long been serving tourists. It’s a well-beaten path and rightfully so. Arguably the most diverse country on the continent of Africa it adds a unique blend of African, Arabic, and European. It’s a country that is said to assault first-time visitors with the chaos of its major cities, before quickly finding the relaxed nuances of its culture. It’s a country of contrasts giving visitors the Western Sahara and cities like Casablanca an emerging metropolitan city (soon to have the 114 story Al Noor Tower, tallest in Africa).

Another must destination for us in 2016. The wildlife is abundant, the government is stable, crime rates are low, and it is completely African. Botswana is a landlocked country in southern Africa famous for having both the Okavango Delta and the Kalahari Dessert. Big cats, elephants, wild dogs, rhinos, hippos, monkeys, and antelope all call the nation home making large swaths of the nation UNESCO World Heritage Sites due to the amount of endangered species here. Nature lovers rejoice. 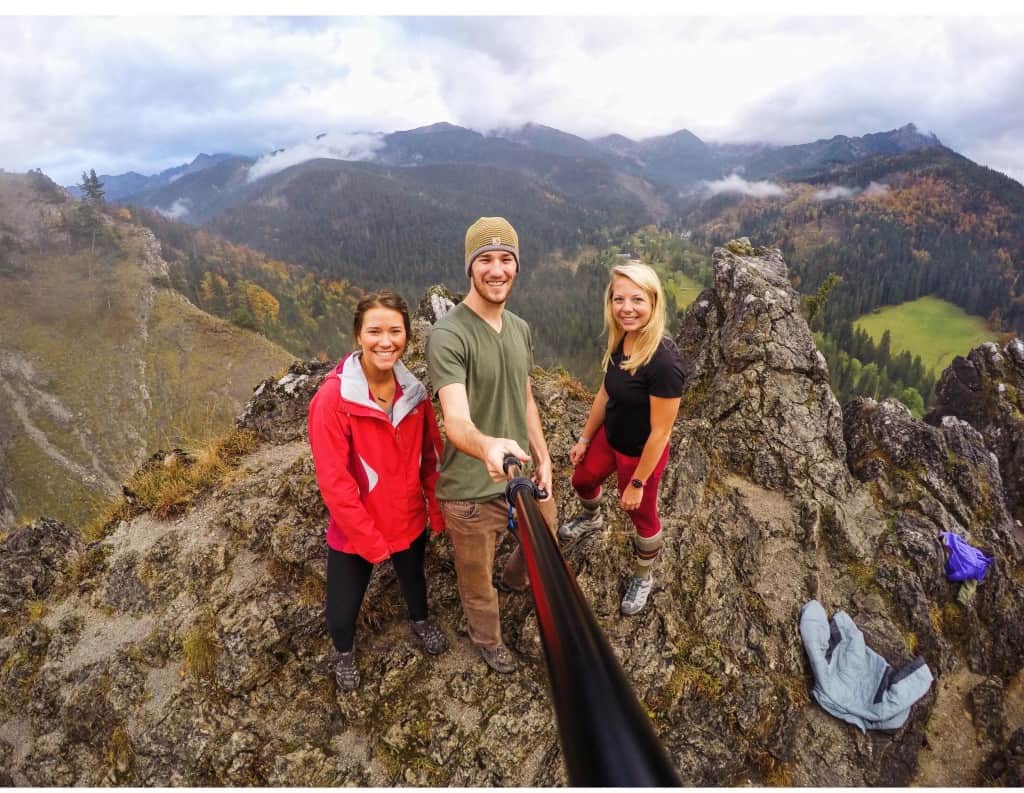 The Polish spirit is alive and well as the country continues to push along. The nation has much more than the Vodka it is known for, of which there is no shortage. With posh towns such as Gdansk and Krakow filled with history, a buzzing capital city, and natural spoils in the High Tatras, Poland has a lot not to be missed. To make it better the prices in Poland are affordable, and money goes far. It was easy to stay on a budget of $30 a day while visiting sites, and having a meal or two out. 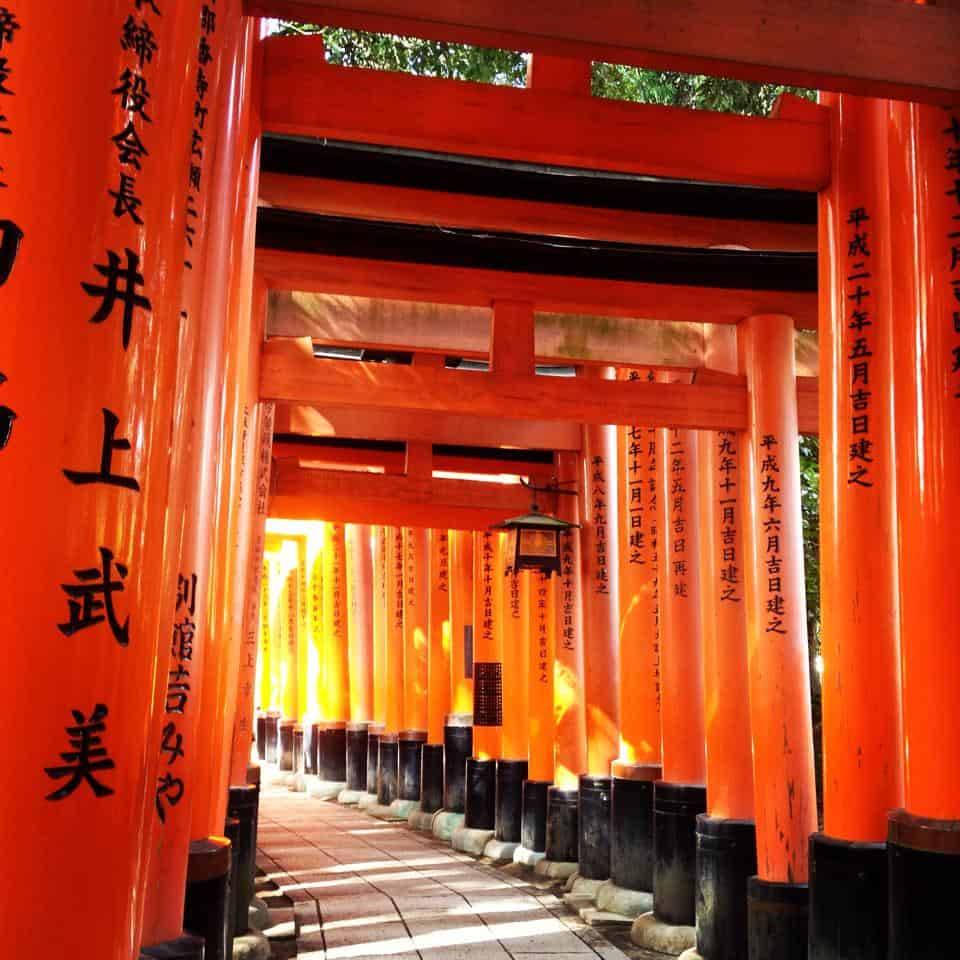 No country conjures the imagination quite like Japan. The cultural differences between Japan and any other western country is vast. Yet, they are welcoming and kind, and often seem to cherish the differences (as a blonde Tasha was asked for her photo multiples times). The culture, history, architecture, and the beauty of their islands is renowned. It is a culture so diligent in all aspects of life from spotless streets to exquisite designs, and even the art of Ikebana. Oh, and did I mention the food? Japanese food is varied and masterfully created to highlight the ingredients that compose it. And don’t forget the sushi.

With new cheap international flights, improving infrastructure, and a growing tourism industry the woes of once traveling to Georgia are disappearing. An exploding backpacking community is popping up as more hostels open their doors. The small nation is filled with beautiful natural landscapes, history that extends back ages, and a gastronomic flair. This region is the birthplace of wine and offers the stunning Caucus Mountains, and Black Sea beaches.

What’s to be said about India that hasn’t been said? It’s a nation that offers its visitors so much it’s hard to knock it off any travel list, and 2016 will be the first year we visit. Costs are low, the culture is entirely unique, and the shear diversity is overwhelming. Whether, it’s beautiful beaches, swampy inlands, chaotic cities, sprawling farmland, or the grand vistas of the Himalayas we’re putting India on our list this year. We plan to arrive late 2016 after we take a bite out of Africa, stay tuned.

Endless grasslands, beaches you didn’t know existed, traditional dances, stampeding wildebeests, the famous Masai warriors, and Mt. Kilimanjaro await you in Tanzania. Or in better words, adventure is what awaits you in Tanzania, some of the best safaris in the world take place here. Put it on the list. 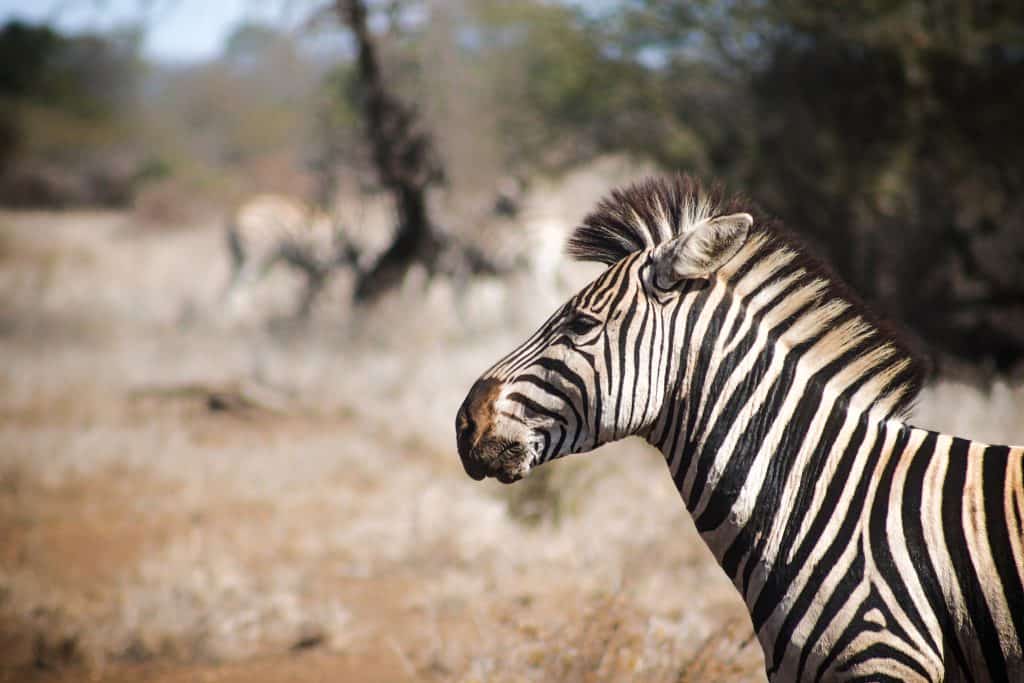 2016 is the Centennial celebration of the National Park Service, and what better way to celebrate then to visit anyone of the 409 beautiful national parks throughout the U.S. The park service may truly be America’s greatest idea. No matter your nationality or how far flung a destination you may have been it’s impossible not to appreciate the beauty in America’s backyard. 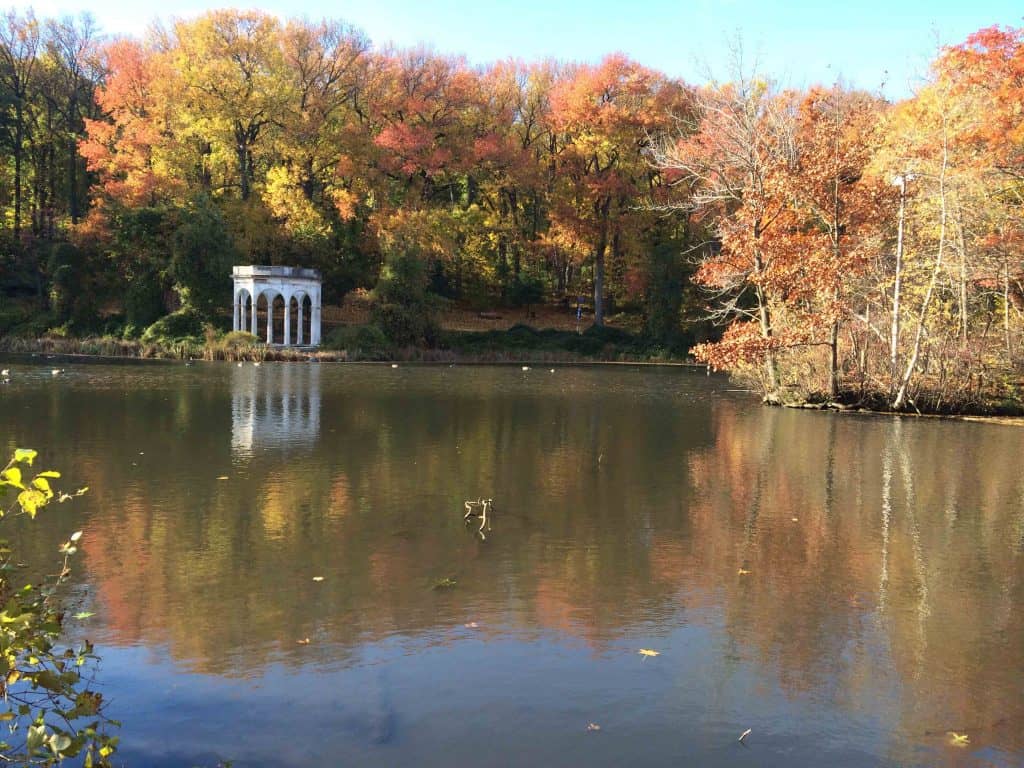 It’s said that Northern Italians look down upon the south, but it’s hard when a region like Sicily exists. The ruins of previous empires, Greek and Roman, dot the landscape while giving way to unique coastal landscapes. Prices in Sicily are also much cheaper than the it’s northern counterpart making it more appealing than say battling throngs of tourist to see The David in the summer.

Okay, so the secret is out on this one thanks partially to Game Of Thrones, but the beauty of Croatia is undeniable. With warm weather, old walled cities, superb local food products, a groundbreaking wine industry, and the sapphire blue water of the Mediterranean this country is easy to have on this list. 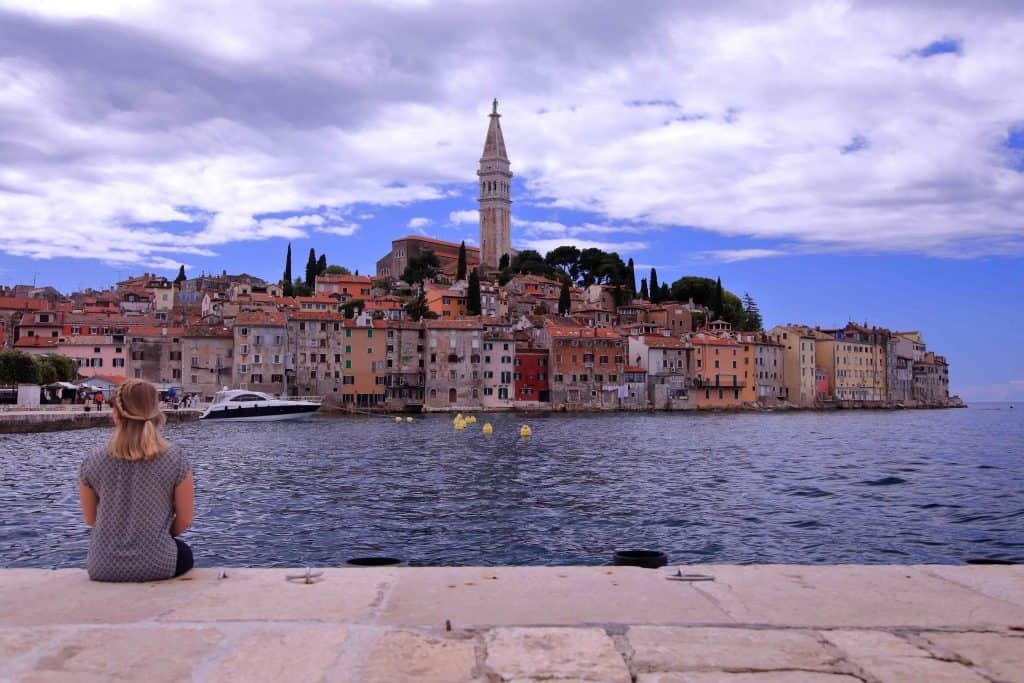 South America is a region of many spoils yet to be touched by many of the English-speaking world. It wouldn’t be easy to do a post on just the best places to visit South America in 2016, but in the interest of brevity, we’ll pick one. Uruguay is the smallest country in South America, but it packs a punch. Offering visitors a chance to explore a different way of life – one with poorly paved roads, gauchos, a surprisingly cosmopolitan capital city, and relaxing hot springs. The country is increasingly progressive, and for five years may have had the coolest president of a nation in the world, Jose Mujica.

Just because a destination doesn’t make our top travel destinations 2016 list doesn’t mean it isn’t the perfect destination for you. What’s the destination that you’re itching for in 2016?

What Do You Want To Do?