Mozambique is a country located in Southern Africa with deep Portuguese influences and 3,700km of coastline, largely untouched. Admittedly, it is a country we knew little of before visiting. We’d heard about a brutal civil war not long ago, the gorgeous coastline, coral reefs, police corruption, marine life, terrible roads, and a spicy cuisine. We found all of that and more. Although, travel here is difficult it’s a rewarding journey, like much of Africa.

Mozambique carries a laid-back coastal atmosphere with a distinctly African flair, it’s cool. The people are warm,  the seafood is seafood, and the towns are a vibrant explosion of dirt roads and colored houses. In small towns, you’ll find crumbling bars with sand floors packed with locals drinking the 2M beer, “Dos Em.”

People often ask about our favorite destinations after traveling around the world. It’s a tough question, and we won’t ever have an answer, but there are countries and places that stand out. Mozambique is a standout. 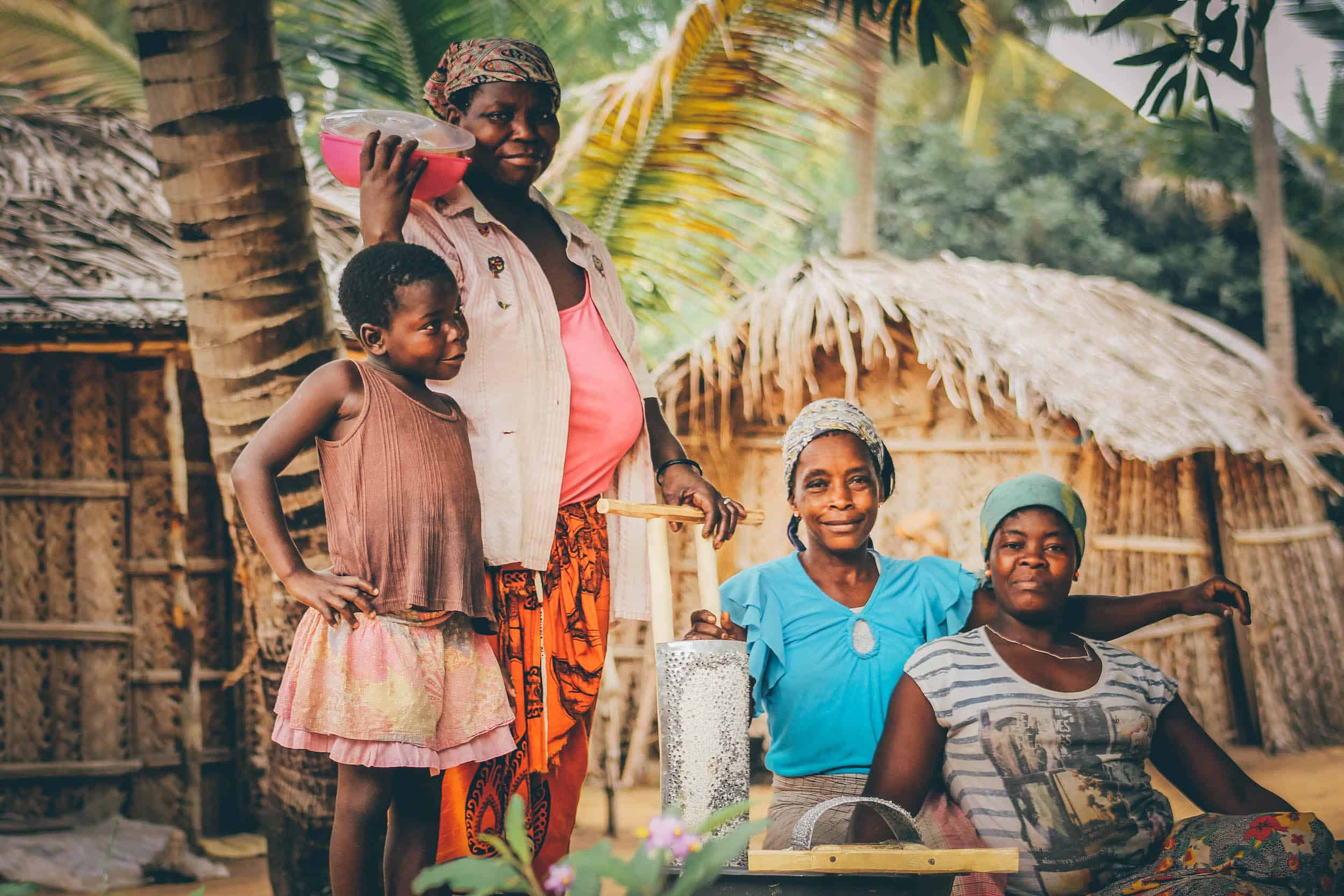 One of our favorite experiences in life has been to travel to Mozambique. It’s thought we’ve had plenty of time to think about as every person loves to ask us… 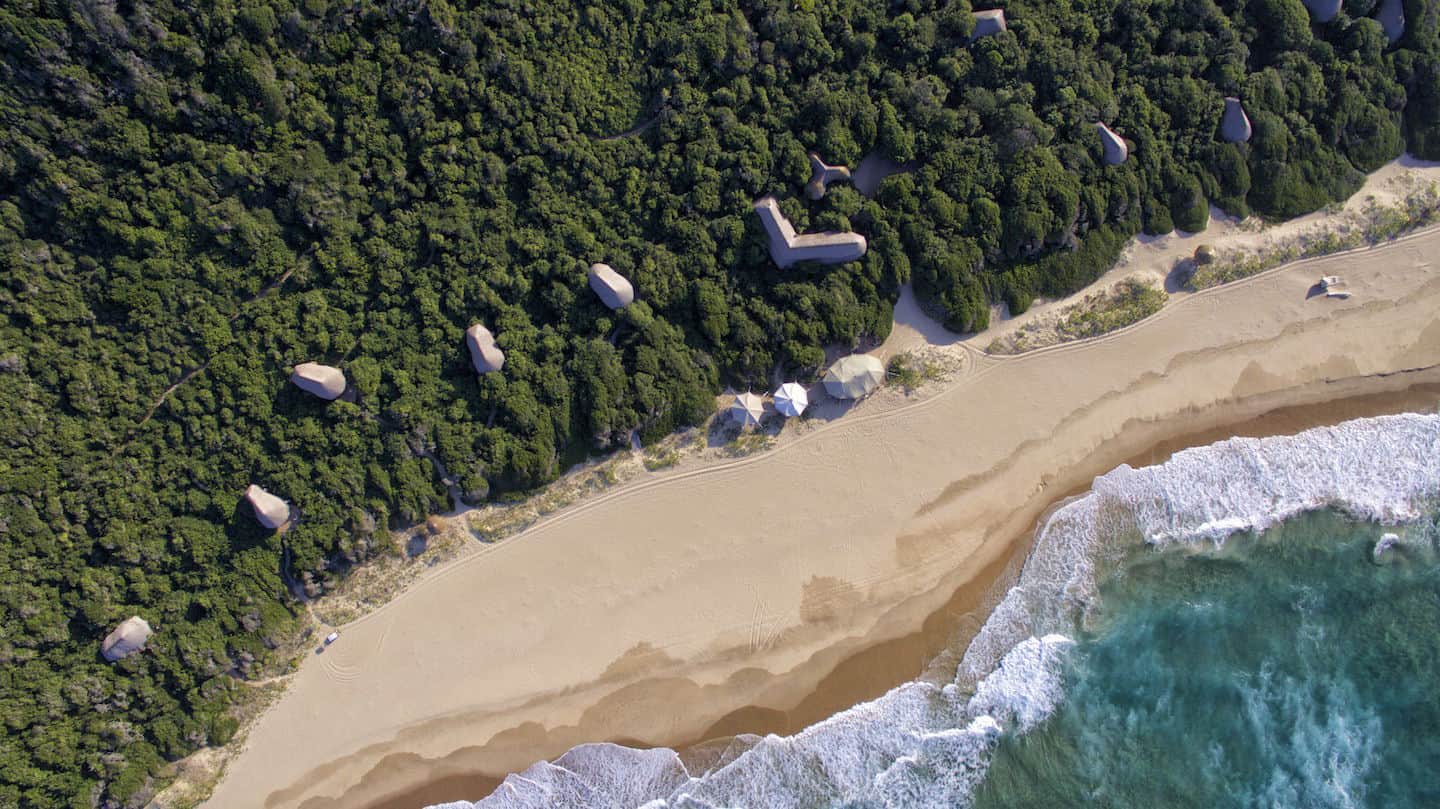 Mozambique to most American’s is a place of mystery. We had heard of the country and had a vague sense of its coastline, the history as a former Portuguese colony, and… 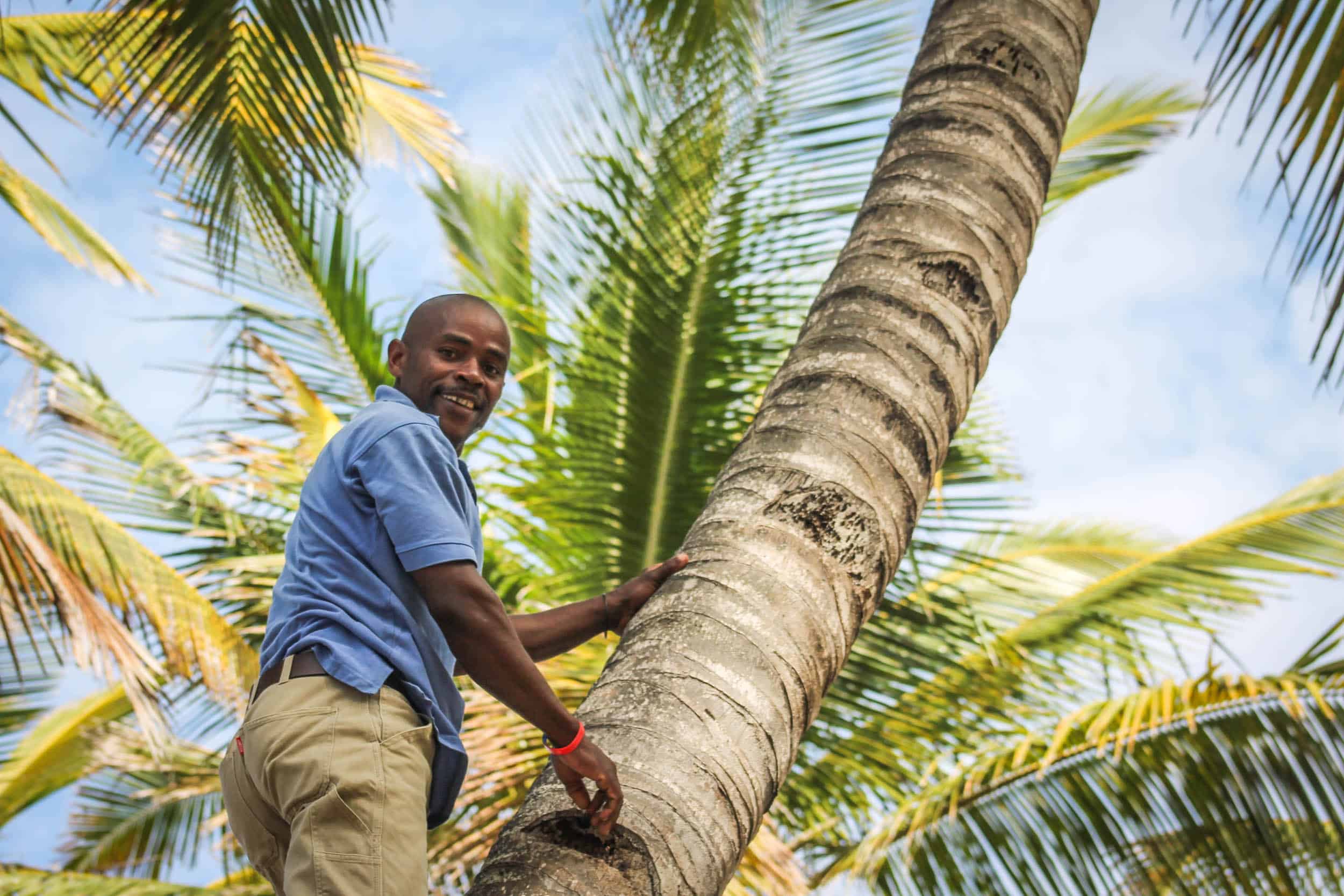 When we set out to travel Mozambique we were unsure of what was in store. However, after a month in the country it turned out to be one of the…

Read The Archives on Mozambique

See Mozambique from the Air

There are campsites scattered for travelers in Mozambique. You’ll usually pay per person instead of per tent and you will get a shower and toilets included with that.

Guesthouses are very common in Mozambique and are a cheap way to stay, especially if you are a couple or two friends. We stayed in a few in Vilankulos, Tofo Beach, and near Maputo. I personally loved Mozambeats the best!

Mozambique doesn’t fall short of luxury accommodation options. If you’re on a special trip or have a higher budget there are some great beach bungalow type accommodations in Mozambique. These usually include all food, activities, and some may be all-inclusive alcohol.

Maputo National Airport is the main airport in Mozambique. There are a few direct flights to Maputo from Europe and the Middle East. However, the most common connection is via Johannesburg in South Africa.

To drive a vehicle over the border you must have the title in hand or written permission from the owner of the vehicle to cross the border. If you’re in a driving a rental car that means acquiring a document from the company in advance. All cars also require third-party insurance which you can get at the border.

It is possible to take local buses into Mozambique from Malawi, Zambia, Zimbabwe Tanzania, and Swaziland but patience and time better be on your side. The bus will take you to the border and you’ll have to cross on foot. The most luxurious option is to take the Intercape from Johannesburg to Maputo.

Small minibuses called “chapas” will get you around the country. They are not for the lighthearted as distances are long, buses are cramped and uncomfortable, in terrible condition, and you may be running on “African time.”

They also never depart a location unless they’re full – so you’re often stuck on a bus driving slowly out of town to pick up more passengers. However, if you have a sense of adventure they are not a bad option!

This is the best option for getting around Mozambique.  We recommend you rent a car in South Africa. Make sure to let the rental company know you intend to travel across the border to Mozambique.

They will give you a letter stating it is okay. A 4×4 vehicle is not needed in Mozambique, however, it never hurts if you plan to go off-roading or to Ponto du Ouro and the Maputo Elephant Reserve.

We saw a few hitchhikers traveling in Mozambique. If you do plan to hitchhike speaking a little Portuguese will make the ride much easier. Expect to pay a little for your ride, or pick up the local bus, “chapas.”

We never came across many grocery stores while in Mozambique. There were a few Chinese run “markets” where you could find staples like maize, milk, or oil. I would recommend picking up your produce from the local street stalls. We also practice food safety – never eat the skin unless it can be boiled or cooked.

Unlike the rest of Africa, the food in Mozambique is rich and flavorful. Most of the population lives on the coast so we hope you like seafood! Lobster, prawns, and crab are caught along the shores and thrown into even the most basic of dishes.

The local staple is “Matapa” it is a fantastic blend of coconut, cassava leaves, and a seafood variety (clam, crab, or prawn) – just be warned it looks like baby food! A good and local meal can be had for $3-$8. If you’re looking for some of the best prawn curries ever stop at the Blue Anchor Inn, an institution just outside of Maputo.

2M is the national brew of Mozambique and a large bottle will run you all of 50 Mets. Tap water may be questionable to some stomachs, but we drank it the entire time with our LifeStraw Go water bottle filters and never had an issue.

Things to do in Mozambique

Camp in the Maputo Elephant Reserve

The Maputo Elephant Reserve lies south of Maputo. The reserve is 50,000 hectares of lakes, mangrove swamps, serene beaches, and woodlands. There used to be a plethora of elephants roaming freely, but they were poached during and after The Mozambican War.

The park is wild with deep sand roads making accessible only by 4×4, boat, or plane/helicopter. We enjoyed this park so much as it felt like we were on one of the last untouched places on earth.

Snorkel or scuba dive out at Bazaruto

The Bazaruto Archipelago is home to some of the most scenic islands we have ever laid my eyes on. The horizons here are filled with fine white sand and gorgeous blue water and the spectacle continues beneath the surface.

Your eyes will be dazzled by a rainbow of colors as soon as you snorkel the famous two-mile reef. Diving is also super popular here. If you’re lucky you may even see a dugong!

One of the best days we had in Mozambique was the day we went swimming with whale sharks, hammerheads, and giant manta rays.

The bay of Tofo is regarded as one of the best places to see megafauna and a great place to do an ocean safari like this. It’s also the most hippie/backpacker place we traveled to in Mozambique and the vibes were chill it definitely felt like we were in Jamaica.

The surf here is top notch, so if you’re a surfer guy or gal make sure to bring your board! The best time bring a surfboard to Mozambique is in June, July and August.

This town might not be your typical tourist attraction, but has a lot of soul. Set along the water you’ll find lots of old colonial homes and tree-lined avenues.

We spent a while wandering around the town, into the markets, and enjoyed some coffee in one of the cafes in town.

Spot Dolphins at Ponta Do Ouro

This little beach is very popular in South Africans who travel to Mozambique. It’s a remote little town that’s built upon the beautiful beach and is a collection of lodges, hostels, campsites, and guesthouses.

Getting to Ponta Do Ouro can be a bit of a struggle as the road to the town is all sand. The big draw here is the chance to swim with dolphins protected by some very passionate conservationist.

This park was famous for celebrities in the 1960s to go on safari. However, after Mozambique long war and a decade of trophy hunting poachers, the park lost 90% of its wildlife by 2000.

In stepped American philanthropist Gregory Carr who pledged 40 million dollars through his foundation to restore the park to its glory. Now, it’s considered a success story and the topic of numerous documentaries from National Geographic and BBC.

The capital city does not much to offer in the form of traditional sites other than some colonial architecture. It is well known for a lively bar district, upbeat atmosphere, and charismatic locals.