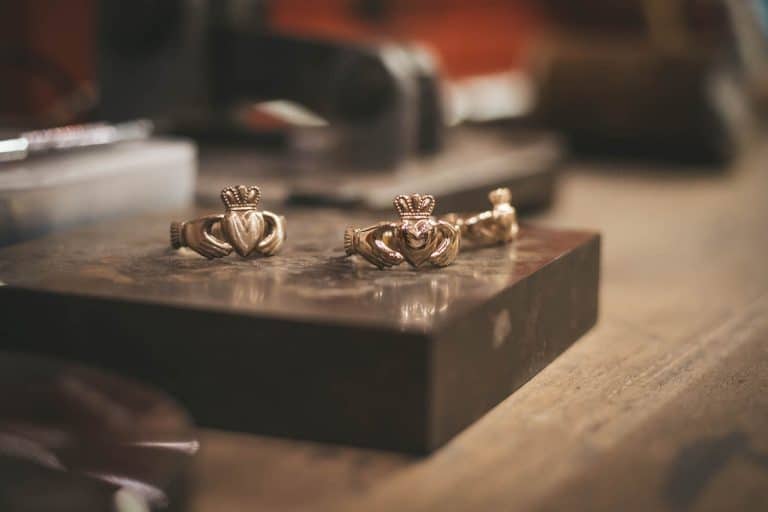 The Claddagh Ring is a traditional Irish Ring that represents love, loyalty, and friendship. I had never heard of a Claddagh Ring until my recent trip to Ireland. Once we walked into our first jewelry store and saw one in Galway I knew the Claddagh Ring was a big deal to the Irish. I had to learn more about the famous ring and what it meant.

What is a Irish Claddagh Ring?

The Claddagh Ring is a traditional Irish Ring that represents love, loyalty, and friendship. The Celtic Ring always has two hands holding a heart in the middle. There is a crown placed on top of the heart. The hands represent friendship, the heart is for love, and the crown represents loyalty.

Where is Irish Ring from?

It’s believed that the Claddagh Ring was first made in the small fishing village of Claddagh just outside Galway City, where the River Corrib meets Galway Bay. You can still easily visit The Claddagh while exploring Galway today.

What Does the Claddagh Ring Mean?

Traditionally Claddagh Rings were given in celebration. That can mean a celebration of romantic love between two partners, a promise ring between two young lovers, an engagement or wedding ring band, or even an Irish friendship ring.

We’ve also seen that it can be given us a union between mother and daughter, sisters, brothers, or any combination of family loyalty. Today, many of the Irish have the Claddagh Ring for different reasons.

It’s also popular for tourists to buy Claddagh Rings, especially those with Irish Heritage and give them to their loved ones upon returning home. The Claddagh Ring is one of the most beautiful souvenirs you can bring home from your trip to Ireland.

You can easily buy the Claddagh Ring in Galway, but they are also readily available in Dublin and other major cities in Ireland. If you can’t make it all the way to Ireland for your Claddagh Ring you can also buy one online and have it shipped to you!

How to Wear a Irish Claddagh Ring? 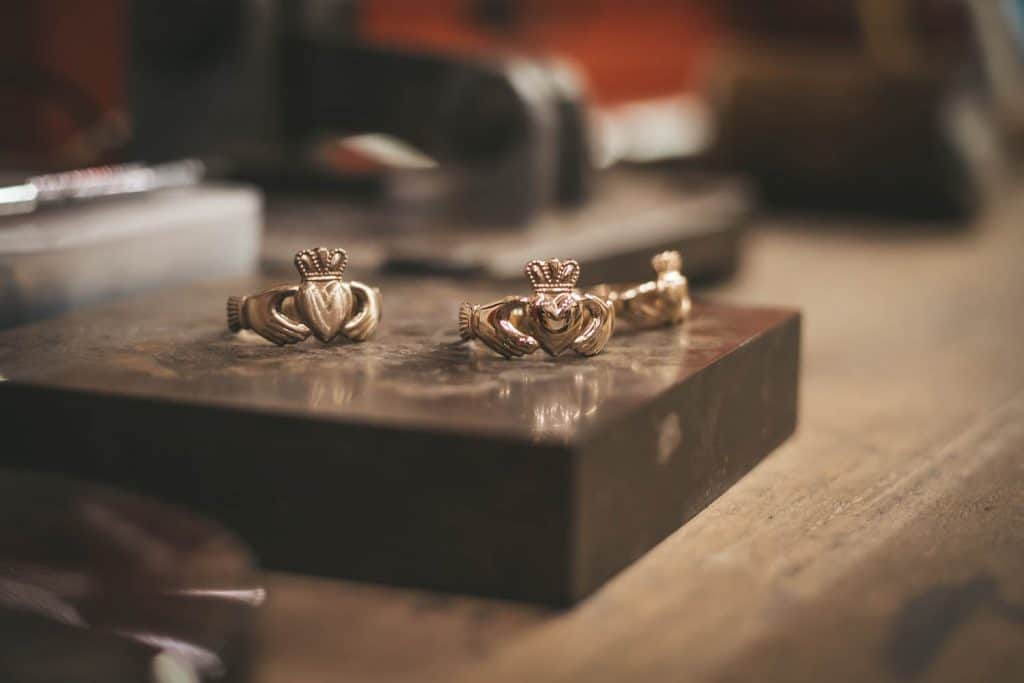 Once married the ring would be switched to the left hand with the heart still facing inwards, symbolizing a wedding band and the union between two people. Even in modern times, the tradition is still very similar.

The Claddagh Ring is not only for women. It’s very traditional for both men and women to have a Claddagh Ring.

How to Pronounce Claddagh?

Cladach was originally pronounced like KLAD-UKH with a harsh ending. You watch this awesome Irish gentleman pronounce Claddagh here.

Where to Buy an Authentic Irish Claddagh Ring?

We personally got ours from Claddagh Jewellers Ireland in Galway City. They have a prime location on Eyre Square Centre and it is extremely hard to miss at the intersection of Shop Street, High Street, and Mainguard Street.

Claddagh Jewelers are part of a family run jewelry outlet in Ireland and have a long name in the game for over 50 years. They sell all kinds of unique Claddagh Rings ranging in many different price ranges.

Whether it be silver, gold, or platinum they have a Claddagh Ring for you! If you are looking to have some color in your Claddagh Ring it’s common to have gemstones placed in the heart. 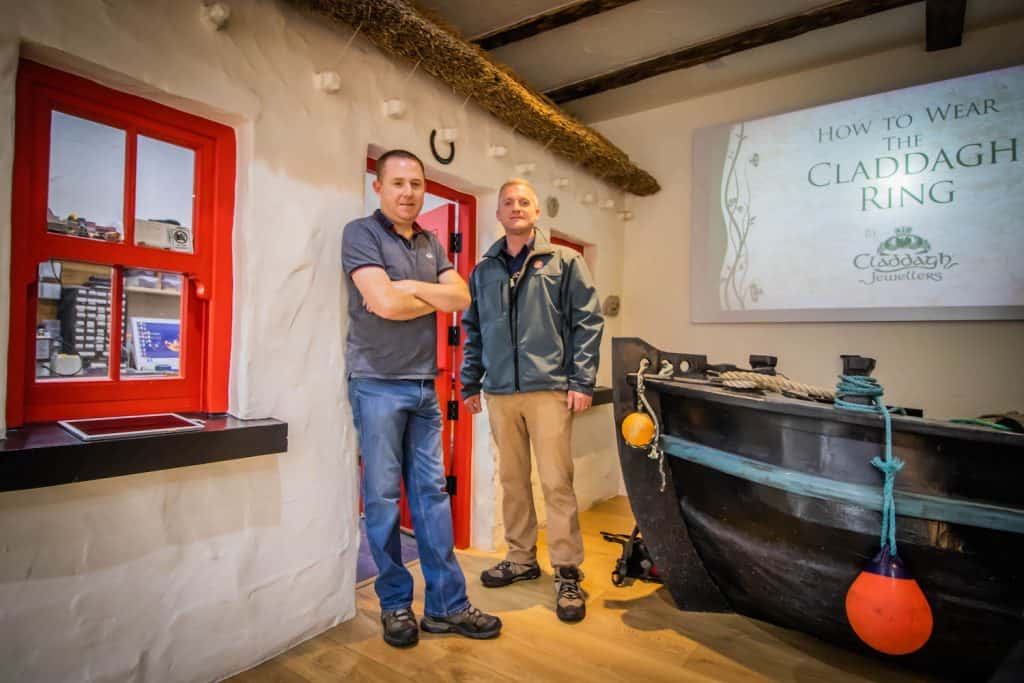 We had the opportunity to film and get all the details of the Unique Claddagh Ring at Claddagh Jewellers. Check it out here!

What to Pack for Ireland?

Are you wondering what to wear in Ireland? The Emerald Isle has drawn many tourists from all over the world to its shores for decades. Perhaps it’s ancestral pasts for so many American’s that draw people to Ireland. Or it could merely be the friendly locals who create such a welcoming atmosphere in a stunning country rich in heritage.

What To Pack For Ireland 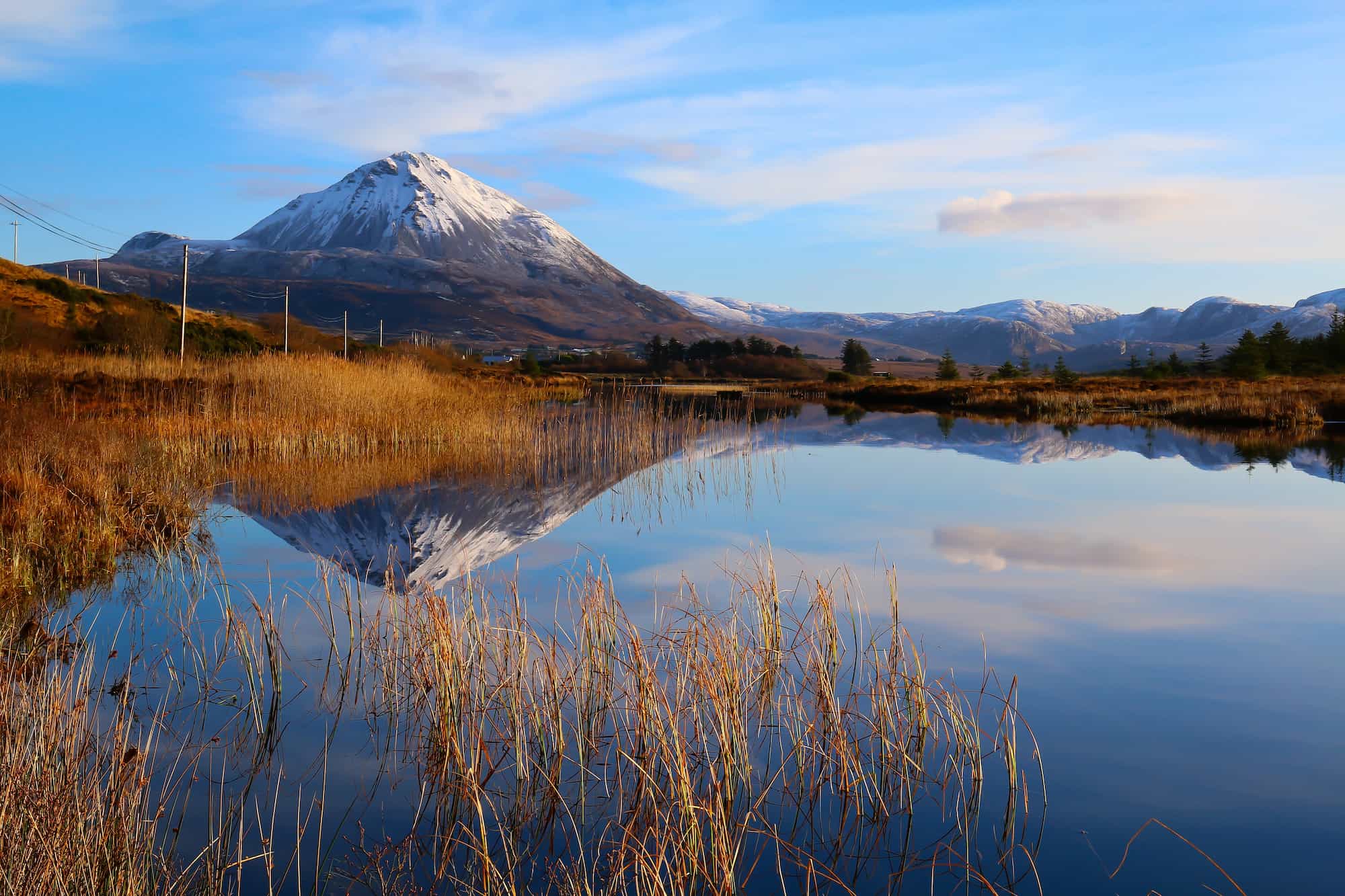 Looking for the best hikes in Ireland? Ireland boasts some of the most undisturbed and remote natural scenery in the world, with a diverse range of mountain ranges, lush, sweeping… 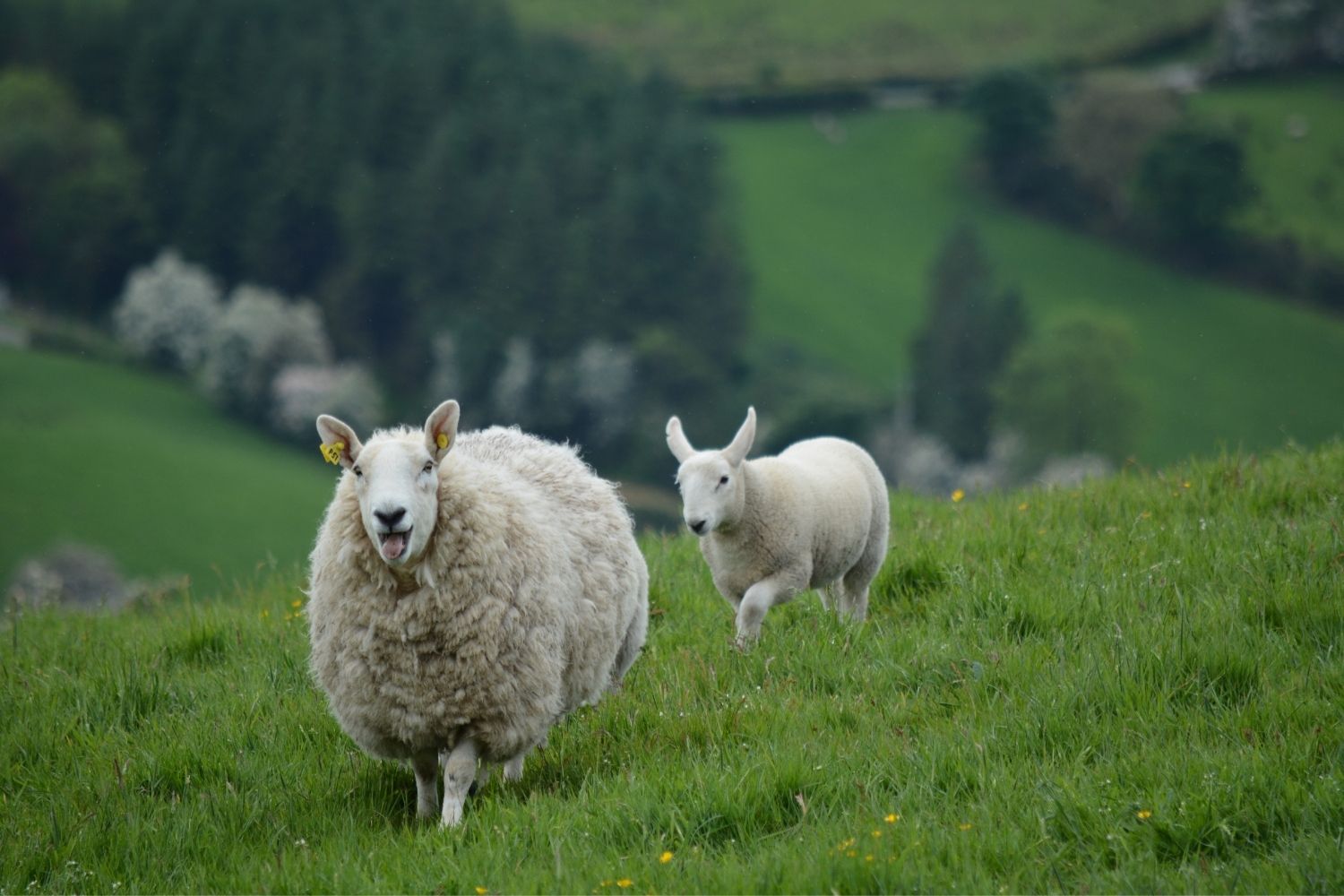 Seeking some fun facts about Ireland? If you’re looking for information on one of the friendliest countries on earth, then look no further than this list of Irish facts. Rolling… 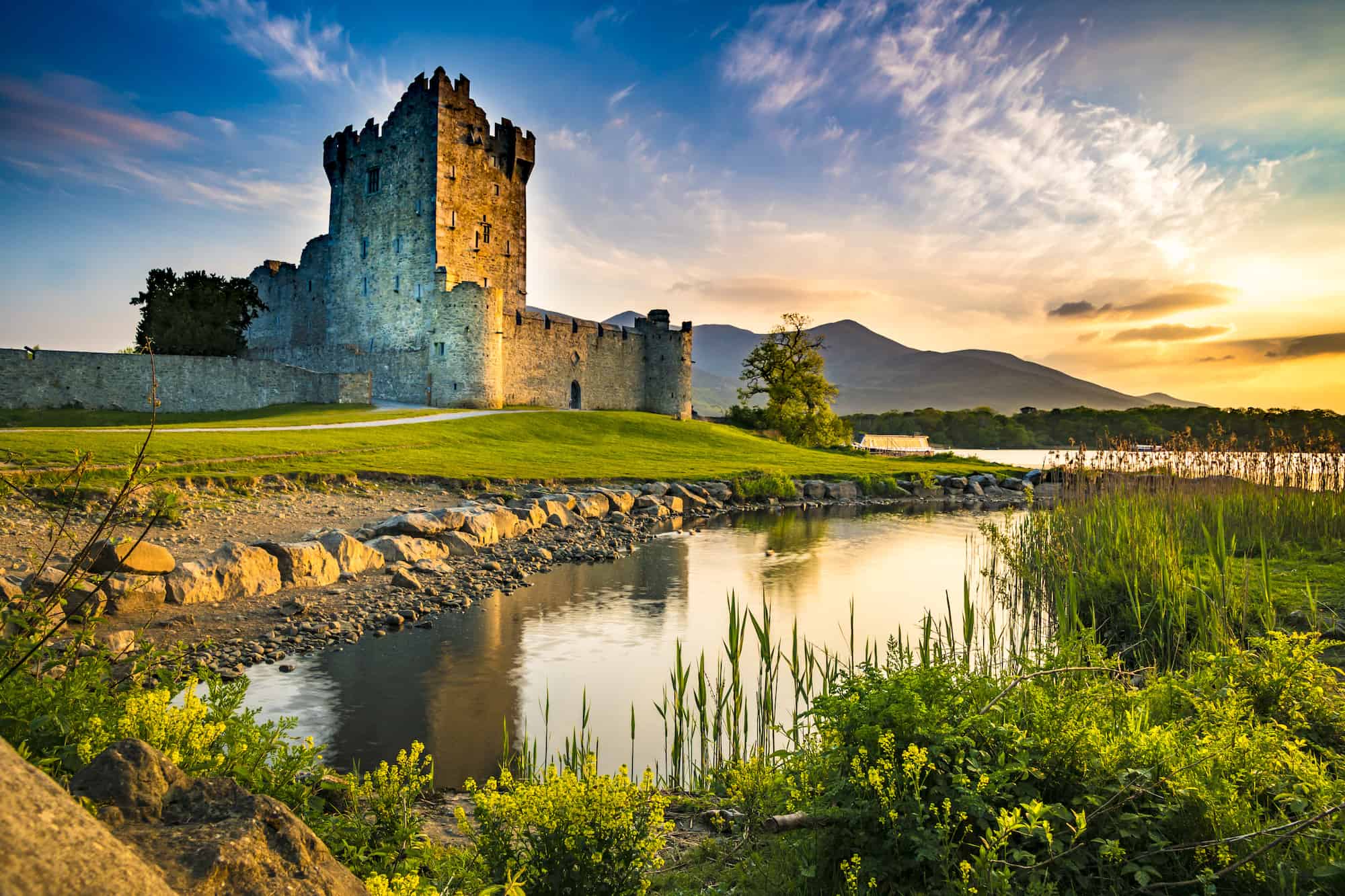 There are so many Irish castles to visit while in Ireland it’s hard to narrow down where to go. It’s pretty hard to visit Ireland and not wind up visiting… 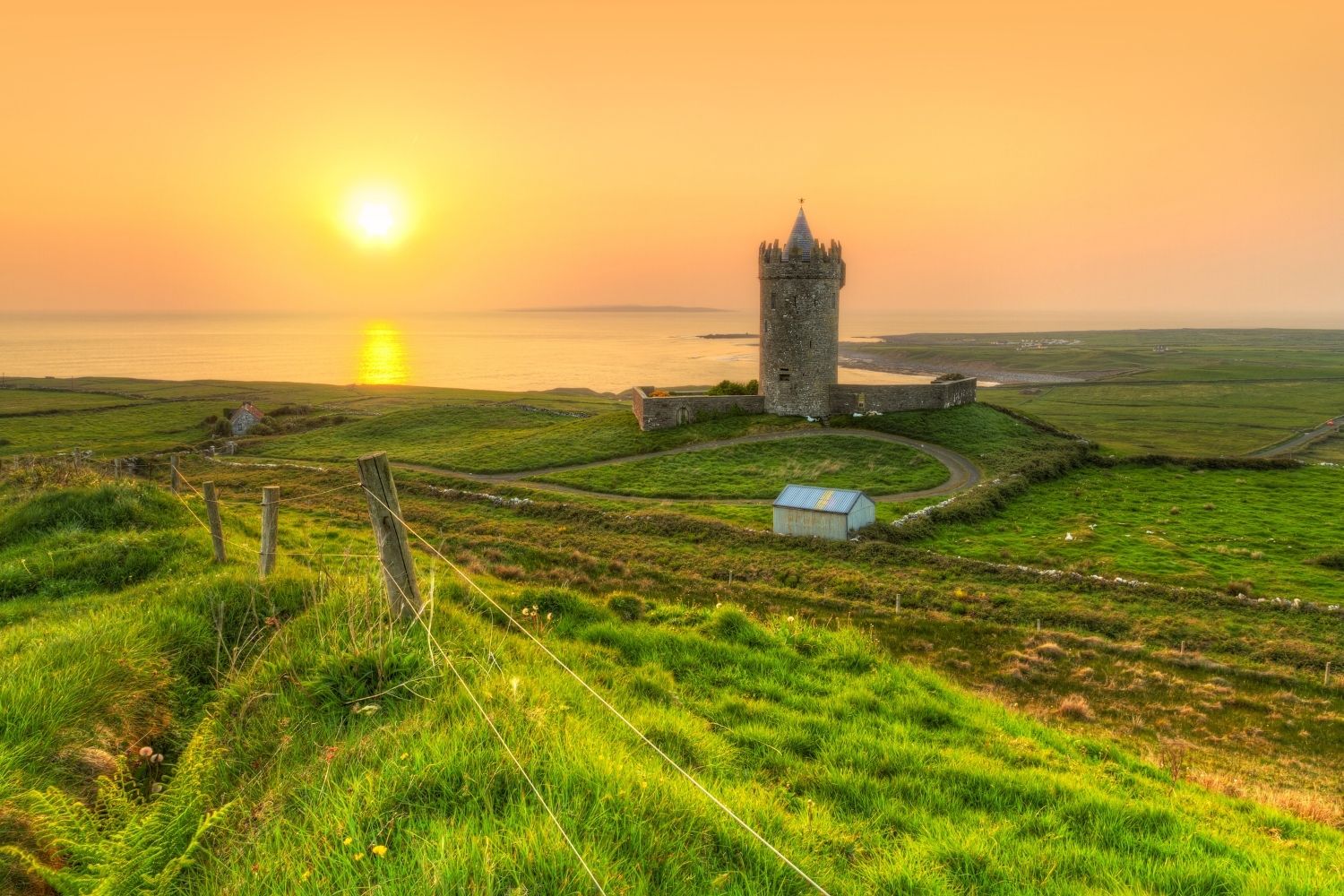 If you’re in the stages of planning a trip to Ireland we’ve prepared a few Ireland travel tips to help you out! If you’re looking for one of the friendliest, greenest,…