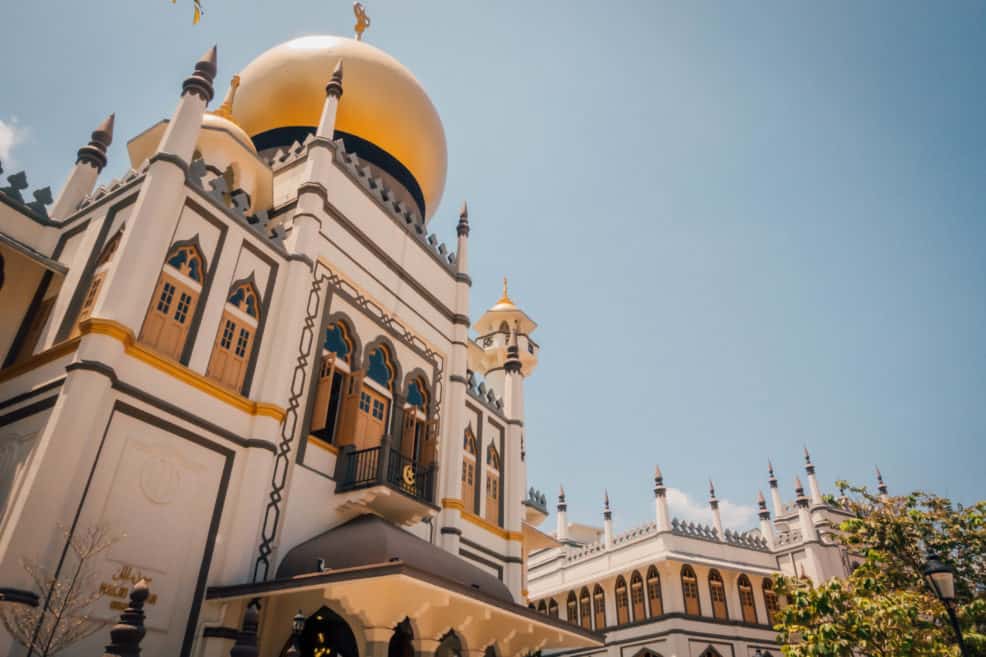 After a few interesting facts about Singapore?

Given its location in Southeast Asia and large world-class international airport, Singapore is a stop on many travelers itineraries.

The skyscrapers, nightlife, cleanliness, and beautiful architecture make Singapore ideal for any one to enjoy. Singapore is a massive city and country with so much history and interesting Singapore facts to learn! Let’s dig into a couple!

1. The symbol of Singapore is the Merlion, a creature that is half lion and half fish

Lion’s head, the body of a fish. Seems legit, right? While it is the symbol and official mascot of Singapore, it isn’t a ‘real’ mythical creature. It was designed by British ichthyologist Alex Fraser-Brunner in 1964 for the Singapore Tourism Board. The fish represents Singapore’s humble origins as a fishing village called Temasek, later renamed Singapura or ‘Lion City,’ thus explaining the lion’s head. Sorry mythical beast fans.

2. The World Toilet Organization was formed on 19th November 2001, in Singapore

Going right in with this leftfield fact about Singapore. Back in 2001, the toilet-passionate city-state proposed making November 19 ‘World Toilet Day.’ 122 countries backed the idea, and the World Toilet Organization (WTO, obviously) began. It’s actually really cool, aiming to solve a world sanitation crisis by providing clean, safe toilets for everybody.

3. You can still get caned in Singapore

Though caning was only a Victorian British thing to do? Well, don’t forget that Singapore was a Victorian British colony; caning was just one of the things introduced into then-Malaya and the Straits Settlements, one of which was Singapore. You can get caned not only for vandalizing, but for sexual abuse, rioting, and drug abuse, to name just a few. The punishment is applied to bare buttocks. Ouch. Women are exempt.

That’s right. It’s a fact about Singapore that this country is pretty paranoid about its neighbors (well, it seems that way). So on March 15, 1967, National Service was made compulsory for all male 18-year-old Singapore citizens, as well as permanent residents. That means there’s a substantial military force at any one time standing to attention in Singapore.

5. Singapore has its very own dialect

Singapore is awash with different languages. The four official languages are English, Chinese, Malay, and Tamil. Though most Singaporeans can speak at least one, naturally a dialect that’s a blend of all of them has popped up over the years – Singlish. It’s a pretty complicated English-based dialect that involves ending sentences with lah for emphasis. That’s just one quirk.

1000% true. Singaporean cuisine is unreal. Regional Chinese dishes like lor mee and Hainanese chicken, Indian thali sets, Malay favorites like nasi goreng, and a whole bunch of other amazing tantalizing delights can be found at Singapore’s hawker centers. The forerunner to the food court, these places have dedicated outlets for stalls, each one with a health rating and plenty of tables, chairs, and benches. Chinatown Complex Food Center is the largest: how does 260 food stalls sound?

We thought that’s because the daytime temperatures are just too hot for sitting in a car in all that get-up – and for sitting in a crowd watching those racers zoom around. But actually, it’s for the benefit of European viewers. Time difference and all. The first night race in the world was held at Marina Bay Street Circuit for the 2008 FIA Formula One World Championship.

8. Singapore was founded by the British

Singapore – then Singapura – did exist, but was only a big deal a long time ago. The last king of Singapura fled in the late 14th century after being attacked. There’s evidence to suggest the whole place was abandoned. It was nothing more than a small-time trading outpost when Sir Stamford Raffles rocked up in 1819 and established Fort Canning. The rest is history.

9. Singapore is one of only three surviving city-states in the world

Singapore doesn’t have a capital, since it’s a city-state – a country that is literally just a city. The other two are San Marino, since it’s just a city, and the Vatican City (the clue’s in the name). Others, like Dubai, claim the title of city-state but they just don’t cut the mustard.

10. The entire national anthem is printed on the back of the S$1000 note in microprint

This is one of our favorite facts about Singapore. Banknotes in Singapore feature a whole lot of micro text (words you can barely read). Most notes just say “Monetary Authority of Singapore” into infinity. The S$1000 bill, however, has the entire Singaporean national anthem on the back in micro text. Super cool.

11. Singapore has a lot of little islands

Singapore is one small island itself, but did you know there are a bunch of other islands and islets that make up Singapore? Sixty-two others to be exact. Some were created by land reclamation – a lot of land reclamation. Since 1965, the land area of Singapore has actually increased its size by 23% (50 square miles)!

13. And one of Singapore’s islands has a dark history

Sentosa Island is a place of high-end glitz and glamor, home to a 1.2-mile-long sheltered beach, Universal Studios Singapore, a casino and two golf courses, a crazy resort, and 14 other hotels. But it was formerly a British military base, featuring Fort Siloso. And when the Japanese captured Singapore in 1942, Fort Siloso became a pretty horrific POW camp. A little known fact about Singapore – well, Sentosa.

14. The People’s Action Party has won every election since self-government began in 1959

Singapore may be a democracy, a parliamentary republic with a “Westminster system,” but the government currently in power – the People’s Action Party (PAP) – has been voted in every single time since the very first election. Hmm…

15. Singapore is also referred to as the Garden City

You may think of Singapore as a skyscraper-ridden megacity, but that’s not true. Singapore is dedicated to “greening” efforts and is recognizable for its tree-lined streets and increasing number of rooftop gardens and green buildings overflowing with tropical plants. It’s a vision of the future!

16. Singapore is home to the best airport in the world

Changi Airport is currently ranked as the World’s Best Airport. Not only that, but it has won this accolade for the seventh year running since 2013. It’s honestly insane. The $500 million 2019 renovations include a trampoline, giant slide, indoor forest, the world’s tallest indoor waterfall, cinema, and swimming pool. The tagline makes sense: “More than an airport.”

17. Singapore is the most religiously diverse country in the world

You heard it here first, folks. With 5.6 million residents comes a lot of diversity. We already know the fact about Singapore that it’s got four official languages (the subway signs are in all four), and a host of different cuisines on offer, but religions? It’s pretty damn diverse for religion, too. Varieties of Buddhism and Christianity top the list with everything from Taoism to Zoroastrianism represented here.

18. Singapore has imported a lot of sand for land reclamation

By a lot, we mean a lot. In 2010 alone, the city-state imported just under 15 million tons of sand for land reclamation projects. So much so that Southeast Asian neighbors Malaysia, Indonesia, and Vietnam have barred sand exports to Singapore. In 2016, the country switched to polders, a Dutch method of land reclamation. Phew.

19. Singapore has only one UNESCO World Heritage Site

Singapore is a green city, that’s for sure, but it’s the historic Singapore Botanic Gardens that attracted the attention in the end. These 150-year-old tropical gardens are the country’s first and only UNESCO World Heritage Site.

Always, always, always. Singapore is less than 100 miles from the Equator. It has a tropical rainforest climate. There are no seasons. It’s always between 25 to 35°C (77 to 95 °F). Yes. It’s a well-known fact that Singapore is hot. All. The. Time.

21. Roughly 44 percent of the Singaporean workforce is made up of non-Singaporeans

A lot of the construction work is done by what the government calls “foreign workers,” mainly Bangladeshis. A lot of office workers are from Europe, North America, Australia, and other Asian countries – “foreign talent.” It’s got a low unemployment rate. It also does not have a minimum wage. What does that mean? High income equality.

22. Singapore has the world’s highest percentage of millionaires

Incredibly, this isn’t China. The United States may have the most millionaires, but Singapore has the highest percentage. One out of every six households boasts at least $1 million in disposable wealth. Rich.

23. It’s super expensive to own a car in Singapore

Good thing everyone’s a millionaire, then. But seriously, Singapore is small. There are a lot of people. The private car-to-person ratio is restricted to help stop congestion and pollution. Cars in Singapore end up costing almost twice as much as they do in other countries. For example, a Singaporean Certificate of Entitlement, allowing a car to be used for ten years, is the equivalent cost of a Porsche Boxster over in the US. Totally nuts.

24. A lot of Singaporeans have live-in domestic help

It’s actually (and sadly) pretty standard. There are about 224,500 foreign domestic workers in Singapore, as of December 2013. They come from Indonesia and the Philippines, for the most part, and are maids, cleaners, nannies, or all three.

25. Peranakan cultures can be seen all over Singapore

What’s Peranakan? These are Chinese settlers who came to areas of Southeast Asia to seek their fortunes. With a distinct culture that takes in the best of everything, Peranakans are known for their splendid shophouses, ornate formal dress, fantastic food, and Victorian-influenced tiles (for real).

Food is a national pastime in Singapore. Eating it, talking about it, no one quite does foodie to the level of a Singaporean. From the hawker centers to luxury, high-end dining and hipster cafes, there’s literally everything on offer here. On average, two new restaurants pop up per day. This country is food mad.

27. Gardens by the Bay boasts the largest glass greenhouse in the world

A very cool nature park taking up about 101 hectares of reclaimed land, the waterfront Gardens by the Bay is made up of three gardens – Bay South Garden, Bay East Garden, and Bay Central Garden. The largest by far is the 54-hectare is Bay South Garden, which contains the Flower Dome, the largest glass greenhouse in the world.

28. Singapore is home to the world’s largest vertical garden

29. Singapore is also known as the Little Red Dot

Singapore citizens affectionately refer to their city-state as the Little Red Dot. At only 277 square miles, it is pretty small. On a world map, you-are-here situation, Singapore would be just a little red dot. The term really took off, however, when an ex-president of Indonesia used the term “little red dot” in a seemingly disparaging nature. Citizens and politicians alike took up the term as a source of national pride. We mean, they may be a little red dot, but dang. Did you just read all those facts? 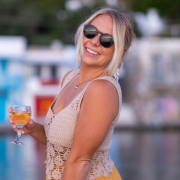 Natasha is a five-foot blonde that believes she was made short so she could fit in air, train, car, and bus seats comfortably. She believes in watching every single movie nominated for an Oscar and loves all animals. Natasha has a passion for environmentally friendly and sustainable travel. Natasha recently made a move to Canada and resides near Banff National Park in Alberta and loves new adventures in the mountains. Natasha's favorite countries are Italy, Iceland, Greece, Japan, Mozambique, and South Africa.