Canada is the second-largest country in the world! Reasonably so, it would take a whole lifetime to explore the beauty of it all. If you are on social media you have probably seen that Canada is the spot for a vacation these days. The country has just about everything for outdoor and nature lovers, and they just celebrated their 150th birthday!

If you’re looking for the great outdoors then there is hardly a better country than the second biggest on earth. There is an endless amount of landscapes, wildlife, and even stunning cities to marvel at. Gear up for the adventure of a lifetime in Canada. We’re proud to say after years of travel we now call this great country home!

We fell in love with the Canadian Rockies and now call them home. It’s a little biased, but we consider it the most beautiful place on earth. The pristine forests, staggering peaks, sparkling blue lakes, and abundance of wildlife have drawn visitors over the last century for good reason. If you’re seeking more information on Banff or the Candian Rockies head over to our blog on the region, The Banff Blog.

Best Things to do in Canada

Looking for the best things to do in Canada? So were we on our recent trip to British Columbia, Quebec, and Alberta

A Yukon road trip is one of the most epic trips in Canada. The Yukon, a territory in northwest Canada, is wild, mountainous, and sparsely populated.

Things to do in Vancouver

It’s one of Canada’s largest cities, so there should be no surprise that there is an endless number of things to do in Vancouver.

Most people travel to Canada to get more in touch with the great outdoors. Canada has a great national park system, and the parks are very well maintained.

Parks Canada is responsible for some 200 protected sites and manages many campgrounds. Campgrounds can cost between $10-$20 a night and you will want to make sure you have reserved space if you are traveling during the high season.

Hostels and dorm beds aren’t as popular in North America as they are elsewhere in the world. However, they still exist and are a great way to meet other travelers.

Hostels typically have free WiFi, a common room, and a kitchen. Rates for hostel will vary by location. Cities like Vancouver and Ottawa will charge high prices, while smaller towns will be better on a budget – that’s if you can find a hostel.

Airbnb’s are popping up across Canada and are a great option for travelers. We stayed in a few full-service apartments that allowed us to live like we were at home with a kitchen and all the comfortable amenities we could need. If you’ve never booked an Airbnb before make sure to read our first-timer tips.

Like the United States, private accommodation in Canada isn’t the cheapest. Expect to pay at least $80 for a mid-range hotel room; However, large chains like Marriott will charge upwards $100 a night for a room.

Book in advance for the best rates. Of course, there are a plethora of high-end hotels in major cities and luxury lodges in places like Banff that can easily charge in excess of $300+ a night.

North America isn’t exactly known for having great public transport, but bus options are available mainly with Greyhound Canada.  Some other ones to consider using are Coach Canada, Orleans Express, and Megabus

While it’s possible to travel by train it may be the more expensive option. VIA Rail is the main rail service in Canada and I would recommend taking a look at their site and booking in advance for any journeys you wish to take.

AirCanada is the national airline carrier and operates around the country. Domestic airfare tends to be on the expensive side of things, and we often had a hard time finding a deal.  We also flew WestJet which has many connections in Western North America and also flew Porter Airlines which is a small company operating out of Toronto.

This is our favorite way of exploring Canada. A car gives you the freedom and flexibility to go when and where you want. A compact car can be had for as low as $100 a week if you have a credit card that carries comprehensive insurance.

Gas prices are about double what they are in the United States, so expect to pay about $1.30-$1.40 a liter. Compare car rental prices here.

Grocery stores in Canada are very similar in pricing and brand options to the United States. You will be able to find all that you could need in Canadian grocery stores. Cooking your own food will be the cheapest food option you have in Canada. We like to book apartments with Airbnb so that we can eat breakfast, lunch, and dinner at our own place and save on eating out costs.

For breakfast and lunch, there are plenty of cafes all over Canada to grab a cup of coffee. One of the most “Canadian” is the chain Tim Horton’s and you should definitely try one out just to say you did when you travel to Canada. There are always dinner options and a variety of cuisines from Japanese to Peruvian.

When eating out in Canada don’t forget to tip. Canada operates on the same tipping model that America does and 15-20% is to be expected. One Canadian dish definitely worth trying once in Canada is Poutine. Poutine is a fabulous and unhealthy mix of fries, gooey cheese curds, and gravy and you can find it at just about any pub.

Things To Do In Canada

Canada has its fair share of awesome cities between Montreal and Vancouver, but sometimes it feels like Toronto is forgotten about. Toronto has no shortage of things to do in and around the city with a great vibe all year round.

We visited Toronto for our first time this winter and loved the city! Some great things to do are the edgewalk around the CN Tower, catch a hockey game at the Air Canada Centre, or check out a collection of art on Graffiti Alley. To make the most out of Toronto a good option is to book a tour.

Have some time to kill and the full tank of gas? Canada is one of those perfect countries to a road trip. There is so much to see and each and every province and territory is unique. A vehicle is really the only way to make the most out of seeing as much of Canada as you can. You’ll either need to have your own car or to rent one.

This freshwater lake located in the southern half of the Northwest Territories is massive to say the least. Great Slave Lake is the 11th largest in the world and the second largest entirely within Canada. At 28,568 square kilometers, it is even bigger than some countries!

One of the best things to do in Canada is to go fly-fishing. The lake has an abundance of pike, arctic grayling, and trout. The lakes massive size means you can fish for days without ever seeing anyone else. Its northern location means 24-hours of daylight so hardcore fishers have to take a break.

Many people know about the beautiful blue waters of Lake Louise in Banff National Park. However, did you know that in the winter the entire lake freezes and you can ice skate on it? It’s true! As soon as the lake freezes the Chateau Lake Louise creates a few separate ice rinks on the lake. Nearby, they rent out ice skates for winter lovers to enjoy a skate or hockey game!

We were actually very surprised how great of shape the hotel kept these little ice rinks. If you’re not a skater it’s still possible to enjoy a walk across Lake Louise and through the trees. Watch out for the horse-drawn carriages taking visitors through the winter wonderland. This is one of the best things to do in Banff, especially in December when Christmas is in the air.

Mont Tremblant has to have one of the prettiest villages in North America. It has all the European ambiance and charm, except on the North American continent.

The village itself is compact and designed to be car-free, almost everything is a short five-minute walk between each other. From the village center, visitors have access to the beautiful mountain, trails, restaurants, shops, an ice skating rink, and restaurants.

As Mont Tremblant is surrounded by the lovely Laurentians there is no shortage of summer or winter activities to enjoy – including amazing skiing and snowboarding. We spent two full days navigating the mountain here on our snowboards and found it to be well designed for families, couples, or even a friends trip.

Birdwatch in Newfoundland and Labrador

Did you know that Newfoundland and Labrador is the bird watching capital of North America? With over 29,000 kilometers of coastline, 35 million seabirds nest around the shores here. Gannets, storm petrels, black-legged kittiwakes, common murres, and even puffins can be seen making a messy and load racket.

Witless Bay Ecological Reserve and Cape St. Mary’s Ecological Reserve are two great places to get your bird books and marvel at our winged friends. They say you don’t even need binoculars as the birds are so close. Watch out for the birds of prey! 800 bald eagles nest on the shores of Newfoundland and Labrador making it one of the largest populations in North America.

Go on a ski/snowboard holiday

Canada and ski trip are synonymous with each other. The entire country is scattered with resorts for those looking for an active winter holiday. Places like Revelstoke and Whistler are constantly regarded as some of the best ski resorts in the world.

We found our favorites in Alberta and British Columbia and had some of our best powder days in Canada. Some ski resorts like Banff Sunshine run from November all the way to June or July – so if you’re looking to extend your winter Canada is a good place to travel to!

See where Amelia Earhart made history

On May 20th of 1932, the legendary Amelia Earhart left a small airfield in Harbor Grace, Newfoundland. 15 hours later she landed in Northern Ireland, alone and accomplished. She was the first woman to fly solo nonstop across the Atlantic.

Early aviators would often start their trans-Atlantic flight in Newfoundland as it’s one of the closest places in North America that you can get. Nowadays you can visit this iconic landmark and see the Spirit of Harbour Grace and a statue of Amelia Earhart right where she took off. 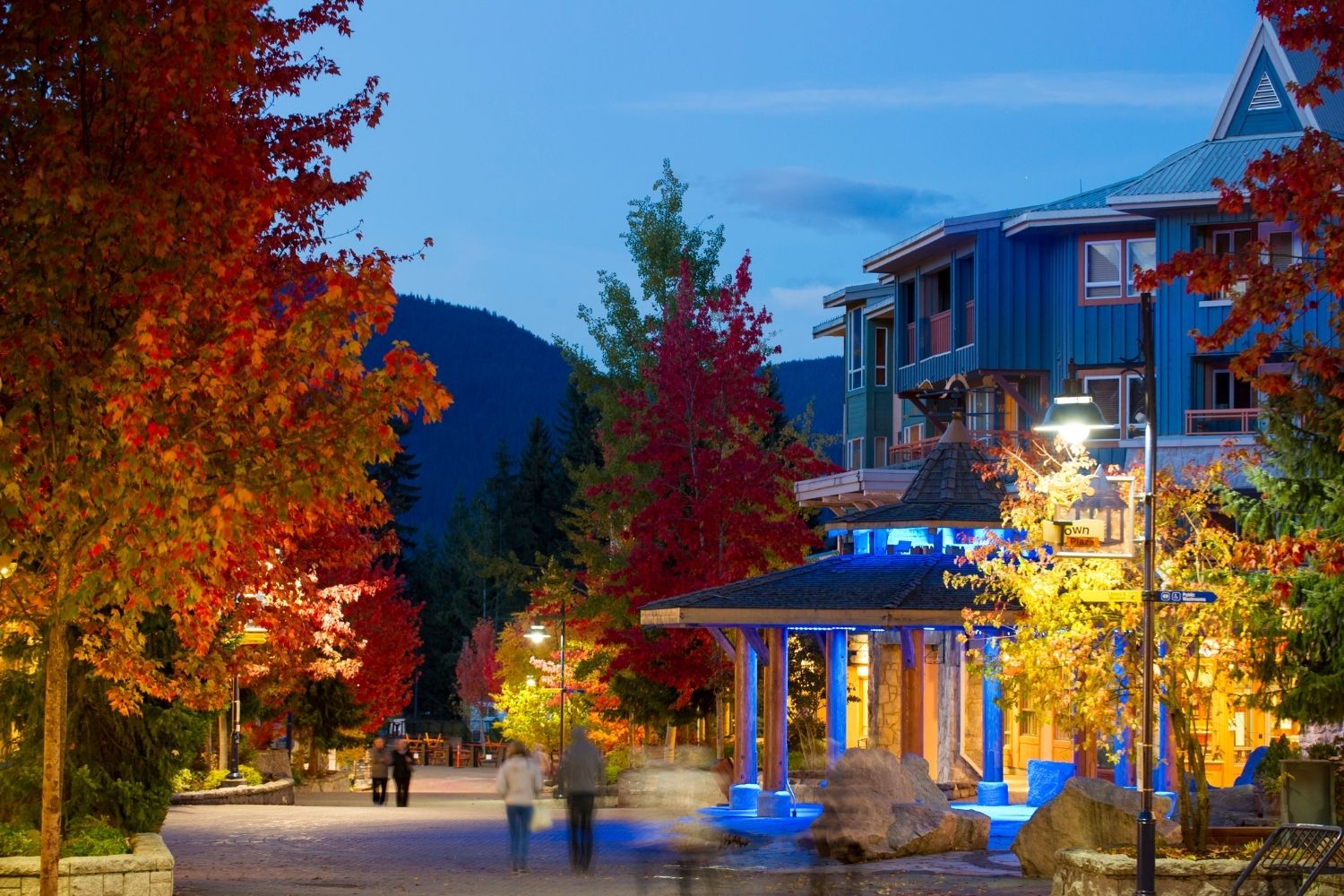 Whistler, British Columbia, is one of Canada’s most popular places. It’s home to one of the largest ski resorts in the world and is known for its alluring alpine landscape… 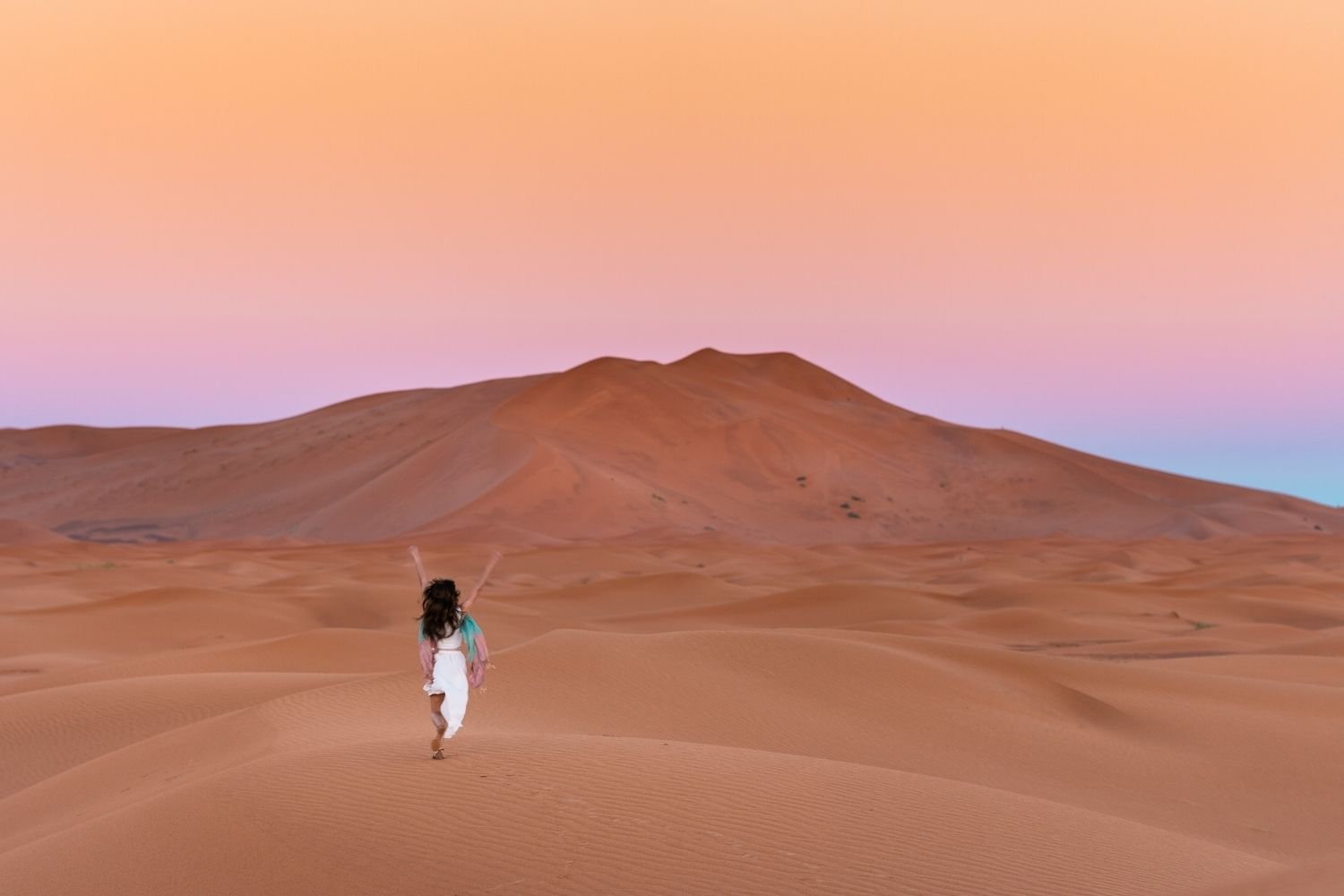 Morocco is a great destination to visit during any month of the year. If you have plans to visit Morocco soon and have no idea what to pack for Morocco, you’re… 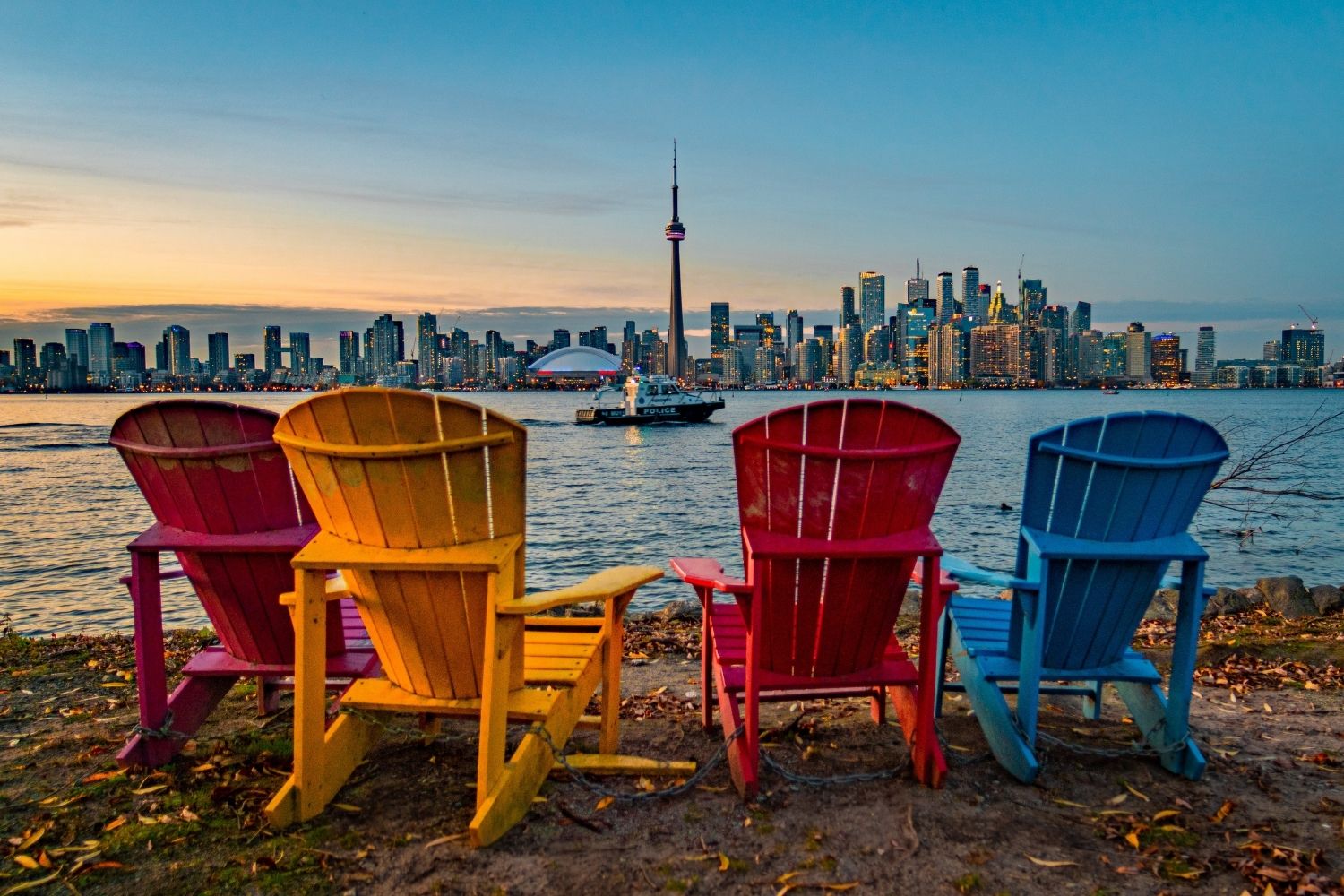 Canada has its fair share of incredible cities, such as Montreal and Vancouver, but Toronto can feel like an afterthought. Canada’s largest city has a lot going on, and it…