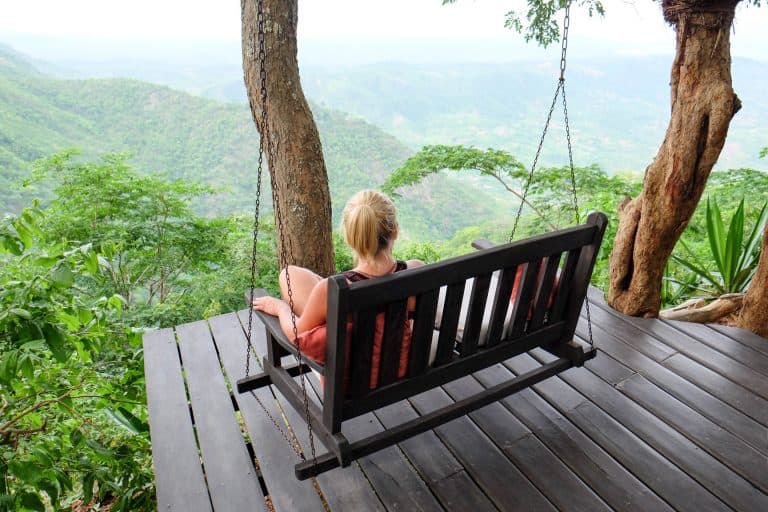 Besides the fact that Malawi is one of the smallest countries in Africa, and directly on our overland route through Africa, Malawi was a country I knew little about. I’ve met people that had traveled to Tanzania, South Africa, Namibia, and all the other “popular” African nations – but never had I met anyone that had been to Malawi.

I knew that I had to visit Malawi while we were venturing around Africa. We crossed over the Chitipa Border Post from Zambia with very little expectations, and what we found shouldn’t be missed by anyone traveling around Southern and Eastern Africa.

5 Reasons You Should Visit Malawi!

Malawi is a land of varying landscapes. From rolling hills to African plains and long valleys, visiting Malawi truly surprised me with all it had to offer. However, perhaps the country’s most well-known feature is Lake Malawi.

Lake Malawi, or “Lake Nyasa” (Malawi was once called Nyasaland when under British rule) is the ninth largest lake in the world and the second deepest lake in Africa, after Lake Tanganyika.

The UNESCO World Heritage site is 360 miles long and its shores can be found mixing with the land in Malawi, Mozambique, and Tanzania. However, Malawi gets the privilege of claiming most of the lake theirs. I was excited to visit Lake Malawi. I had heard of the dazzling, sparkling blue waters filled with countless species of fish.

Needless to say that the first time I laid eyes on the beautiful lake I was not disappointed. The water was crystal clear and cool shade of turquoise. No time was wasted and Cameron and I grabbed some snorkels and made our way straight under the sheet of blue. We had never snorkeled in a lake before, but Lake Malawi holds more than 1,000 species of cichlids of all types of different colors so I knew I would see something! Besides the rainbows of cichlids, we also found eel, killifish, and catfish in the lake!

It’s the Warm Heart of Africa

From the moment we entered the country from Zambia I fell in love. Malawi is dubbed the “warm heart of Africa,” and once you arrive you will see why. The people here are known for being the friendliest in Africa. No one is pushy, most areas are safe, and locals just walk around with a smile on their face.

Children, teenagers, men, women, grannies – just everyone was friendly and eager to chat. I would say 100% of the time we met a Malawian a handshake was immediately extended to us and a conversation ensued.

Malawi is one of the poorest countries in the world, but you honestly wouldn’t think it given everyone’s seemingly positive outlooks. Instead of stares, we received waves, smiles, and curious questions from locals. The children were some of the happiest we’ve come across in Africa.

In fact, my favorite memory from our visit to Malawi was when a group of four young girls came up to me as I was walking and just held my hand. They asked my name and I told them it was “Natasha.”

The girls, perhaps they were between three and five, said back to each other “NASHASHA.” They walked with me back to where we were staying for the afternoon. They didn’t ask me for sweets or money like we’ve been asked for in the past, but instead, they asked me for pens.

We’ve been traveling around with small notebooks and pens to give to school children so I got some out of the car and gave them each a notebook with a pink, orange, and purple pen. I told them to please study and do well in school (not like they could understand me), and they stared at me as I had just given them a million dollars. I walked away and then they started running, smiling, and chasing after me chanting “NaShaSha, NaShaSha, NaShaSha!” It was heartwarming, genuine, and amazing at what a little thing like a pad of paper can do for a child.

The more we travel, the more we see that the children with absolutely nothing are some of the happiest in the world.

High in the mountains of Northern Malawi is Livingstonia. A small town established in the late 1800’s by missionaries looking to escape malaria around the Lake. Livingstonia was a highlight for us while traveling in Malawi and is definitely worth exploring. Livingstonia is 900 meters above the lake and is accessible by either driving or hiking up the hairpin dirt roads. Not wishing to put any more strain on dear Charlie and in desperate need of a good hike we decided to walk up to Livingstonia.

The hike took us about three hours in the humid Malawian air, but we met locals who said they do it in an hour and a half. Of course, we were not local, did not know the short cuts, and wanted to take countless photographs. We met a few other travelers who were also hiking, but if that is not your thing you can hitch a ride on one of the local trucks going up and down (we felt more confident on our feet given the state of the road).

Once at the top visitors can take in the stunning views, visit Manchewe Falls, and relish in the cool mountain air. The town of Livinstonia is also home to some impressive Scottish architecture, the beautiful Livingstonia Mission Church, and even a coffee shop.

You Can Work Off the Calories

We found good food choices around Lake Malawi. We found fresh grilled fish, nsima, and relish. In Nkhata Bay we enjoyed a Thai restaurant and an Indian joint. We ate till our hearts contempt around the lake, but never worried about gaining weight.

There are so many ways to stay active in Malawi. All the activities make us feel so refreshed and rejuvenated after spending so long driving around Africa. Snorkeling, kayaking, stand up paddle boarding, and swimming is all on offer around Lake Malawi.

We found the hikes around Northern Malawi fantastic as well. From hiking up to Livingstonia to wandering through Nyika National Park on a walking safari there is plenty to stay active within Malawi. Just make sure to have the right clothes for your safari or hike. Add that to the fact that the country is pretty safe compared to its neighbors so even just walking around the streets is more popular than in other African nations.

For a country so central in Africa we were a bit surprised to find so few travelers in the country. Actually, never mind, I am not really that surprised. We knew Malawi wasn’t a popular African destination and that’s what drew us to the country even more.

Malawi is tiny so most tourists either overlook the country or pass through giving it two to three days on their way going north or south on the Cape to Cairo route. During our three weeks in Malawi, we met the only handful of other travelers. I even got surprised when I saw other mzungu at points! (Swahili for white people) Many of the foreigners we encountered in the country were in fact there for a long-term NGO project or working in the country.

Malawi is tiny so many tourists overlook the country or pass through giving it a day or two on their way along the Cape to Cairo route. During our three weeks in Malawi, we met only a handful of other travelers. We even got surprised when we saw other mzungus at points! (Swahili for white people) Many of the foreigners we encountered in the country were in fact there for a long-term NGO project or working in the country.

I’m not sure I should even be writing this post and letting others know how awesome Malawi is because a little part of me wants to keep it to myself. However, the other part of me wants everyone to go experience how warm the people are and to spend a day hiking around the beautiful the rolling mountains before jumping in the cool waters that make up the lake.

So go to Malawi and enjoy removing yourself from some of the main hotspots in Africa. I promise you a paradise without the crowds that won’t disappoint you. 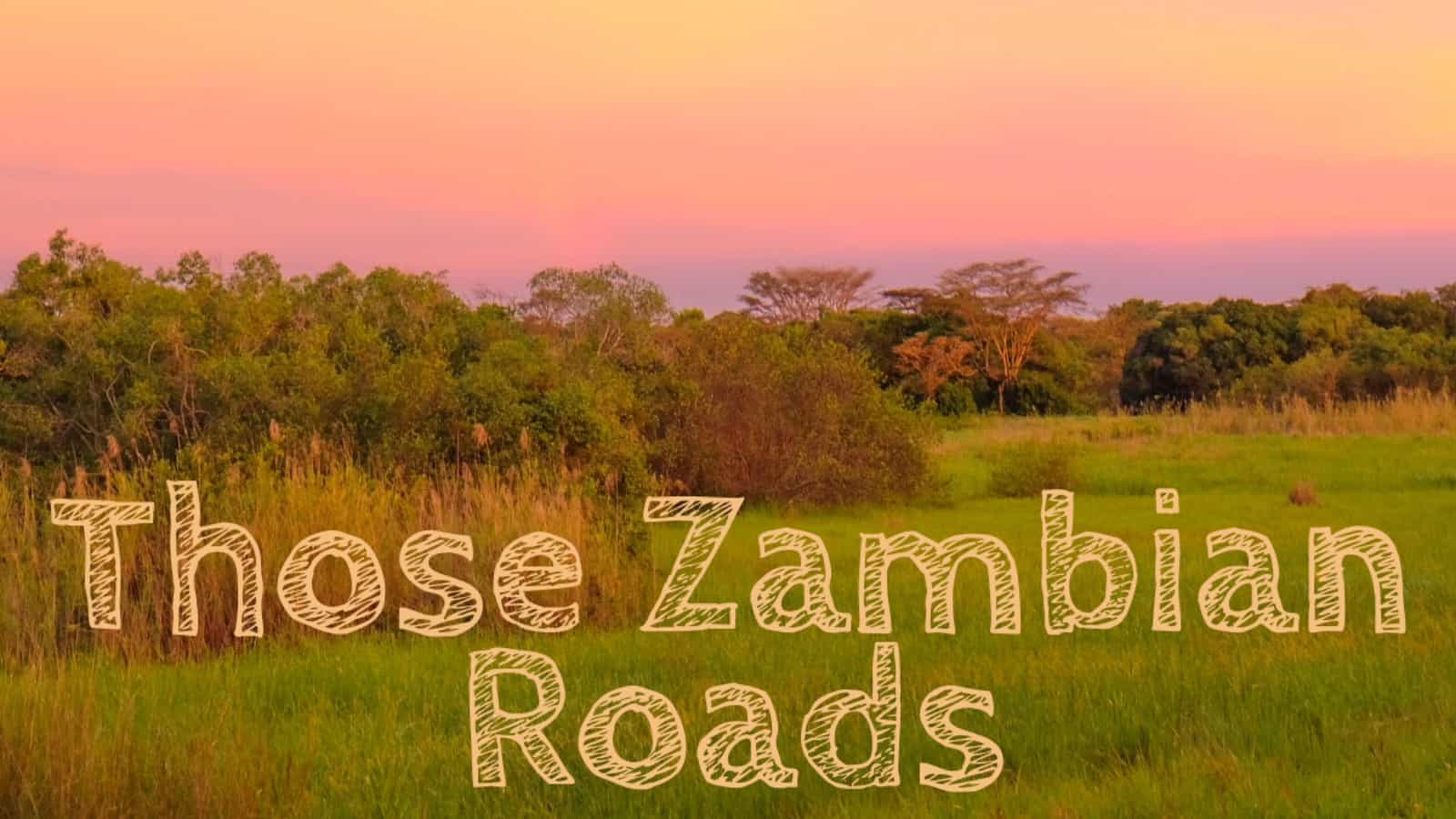 By the time we reached the Malawi border I fell to my knees and almost kissed the ground. We’d had a rough couple of days driving in Zambia after discovering…