We just left Cape Town after spending two months in the city. It was our city stay that wasn’t supposed to be, but with each passing day in Africa, we became more and more hungry for our own car. Hence, the long stay in South Africa’s most popular city as we tried to find our wheels to tackle a safari across Africa.

Cape Town was our last stop in South Africa. We were told by Afrikaners that we were “saving the best till last.”  Others just straight up told us to leave wherever we were at and head for the Cape immediately. When we arrived we knew we were in a completely different South Africa than before. It’s a place encompassed with natural beauty, while still maintaining that city feel. It is a vibrant city packed with things to do all year round. A place that experiences four seasons in one day, yet locals seem to walk everywhere in their bare feet.

When we stay in places for a longer amount of time we get worried our images will run dry, our Instagram will get stale. However, we hate leaving our camera anywhere inside when we travel around Cape Town, and even have found ourselves in a debate about how many Instagram photos we should post in a day – should we do two or three? We even stayed at one of our favorite hotels of all time just outside the city, and when you add the wine lands just outside Cape Town it is all the more appealing.

This is our collection of a September and October spent in and around Cape Town. Just remember to choose the best camera for your travel needs.”

Looking out at the dramatic Sentinel mountain peak

Driving along the coast

On Top of Table Mountain 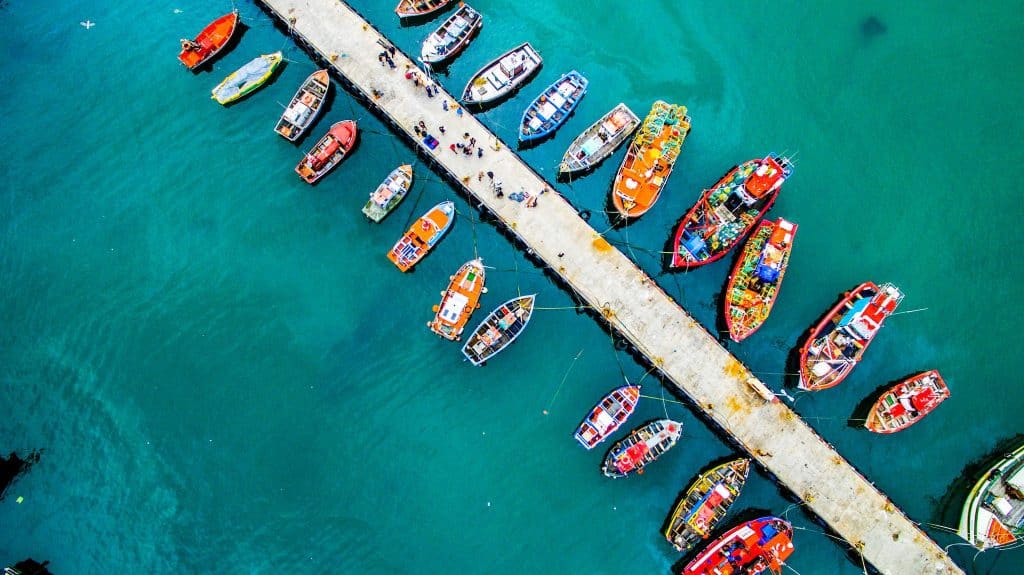 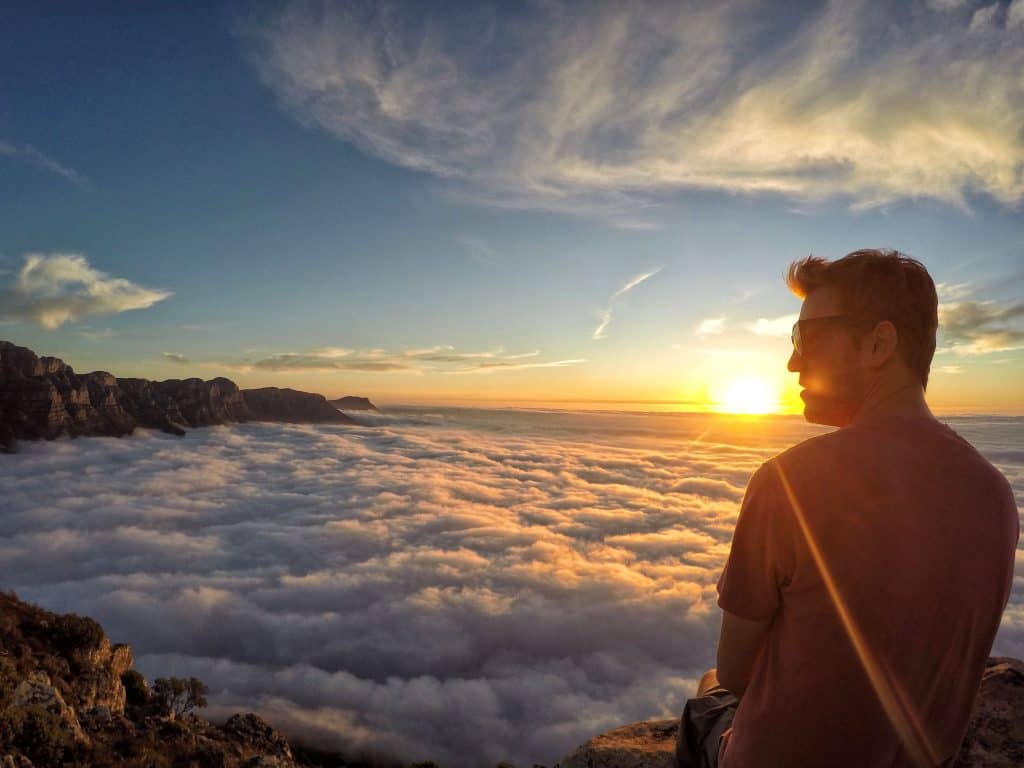 The Boulders Beach Penguins giving us a show 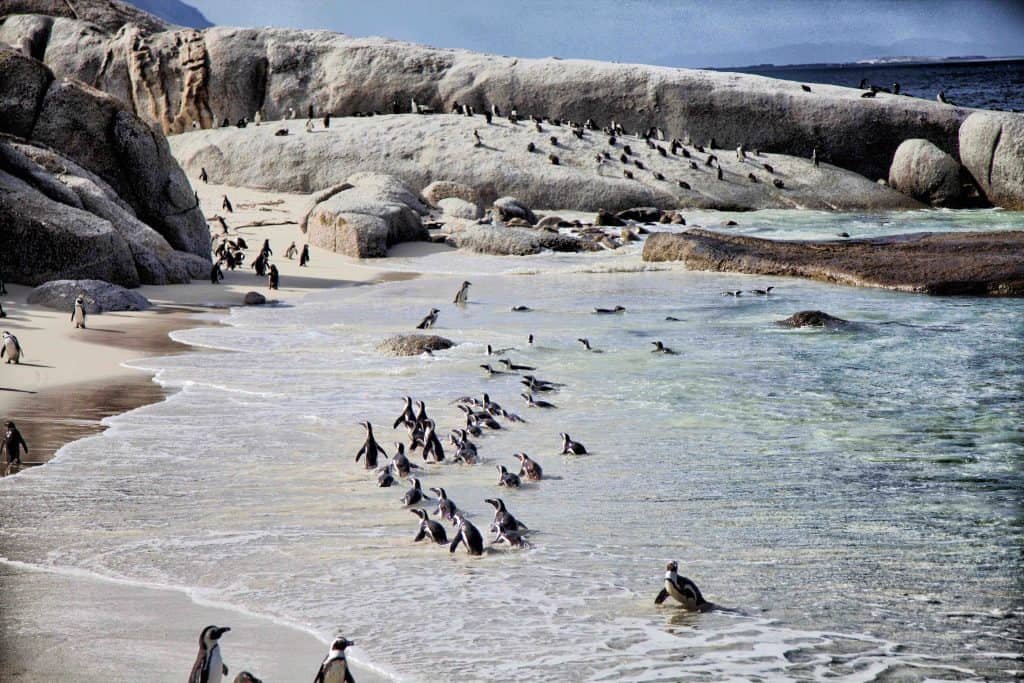 Watching the clouds roll in 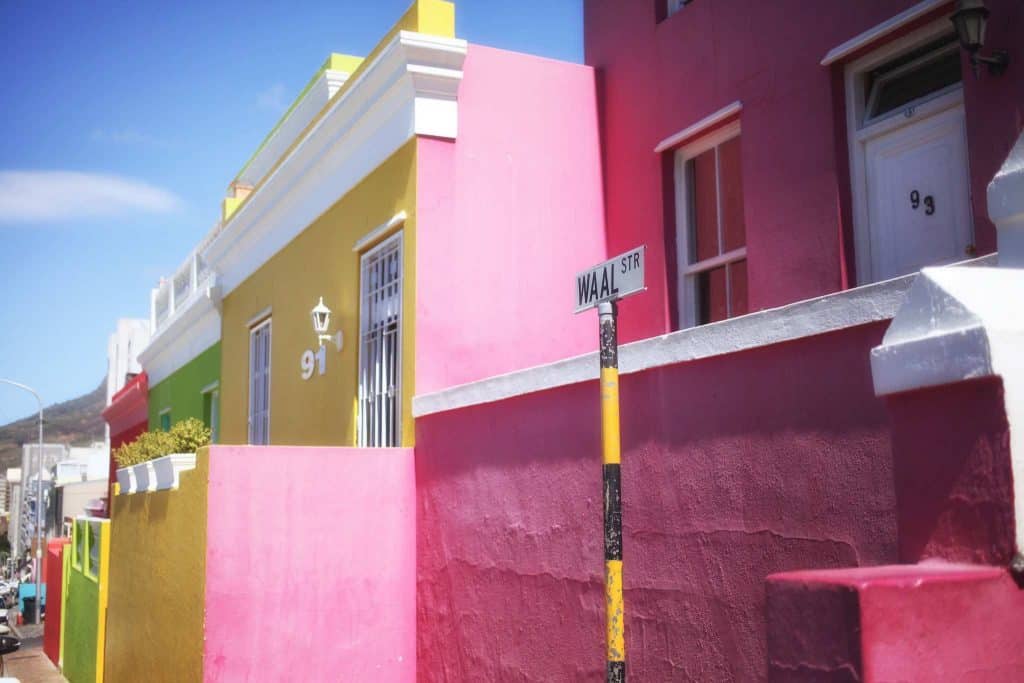 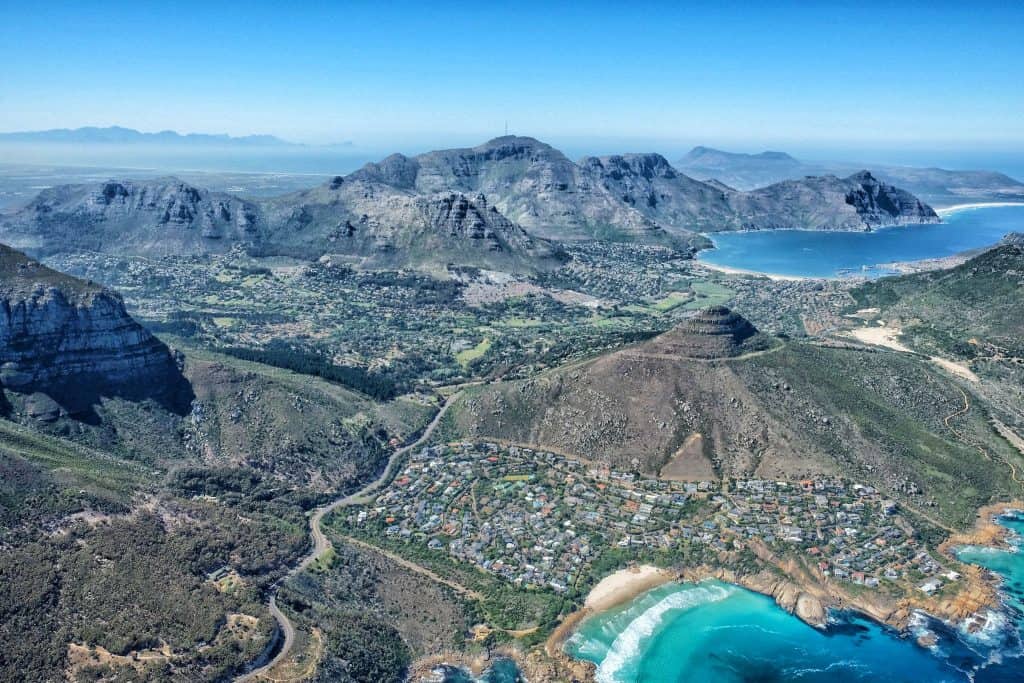 On top of Table Mountain 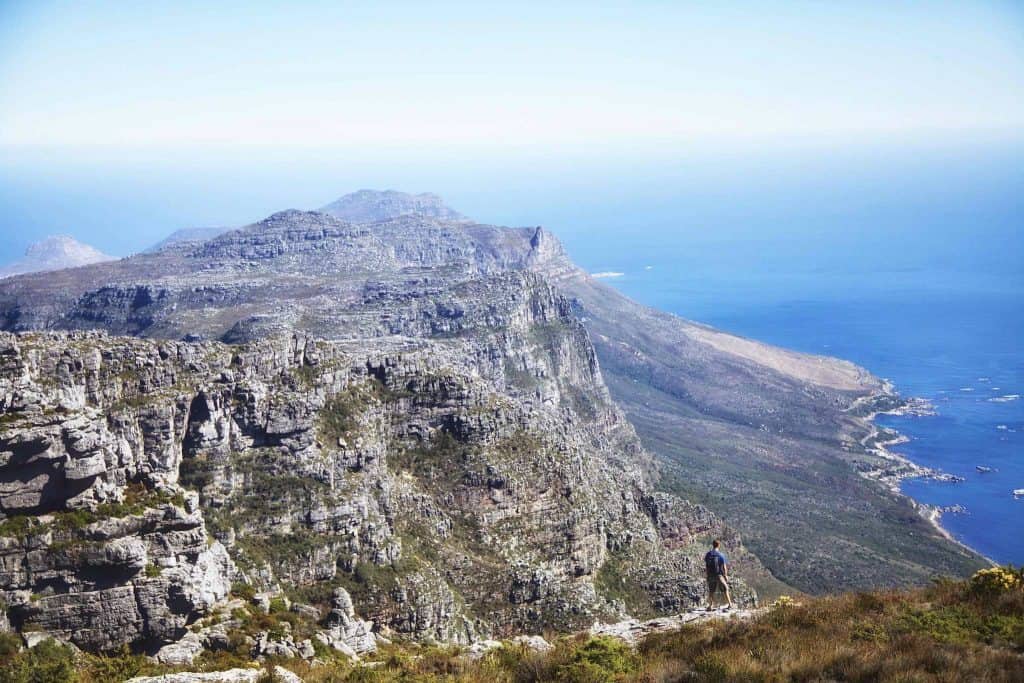 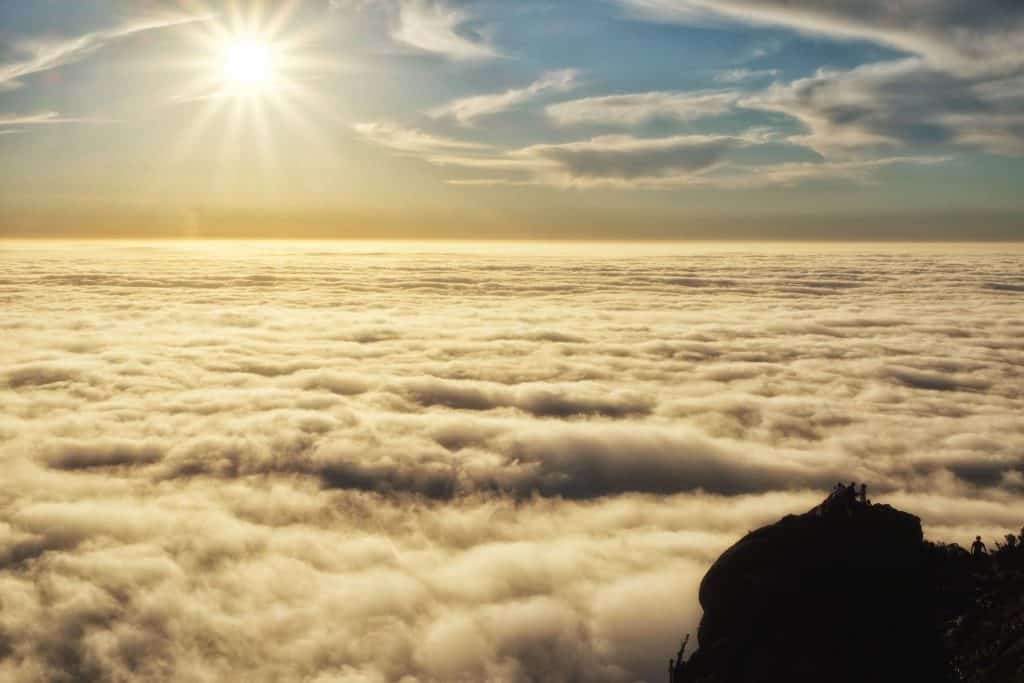 Cape Town from a Helicopter 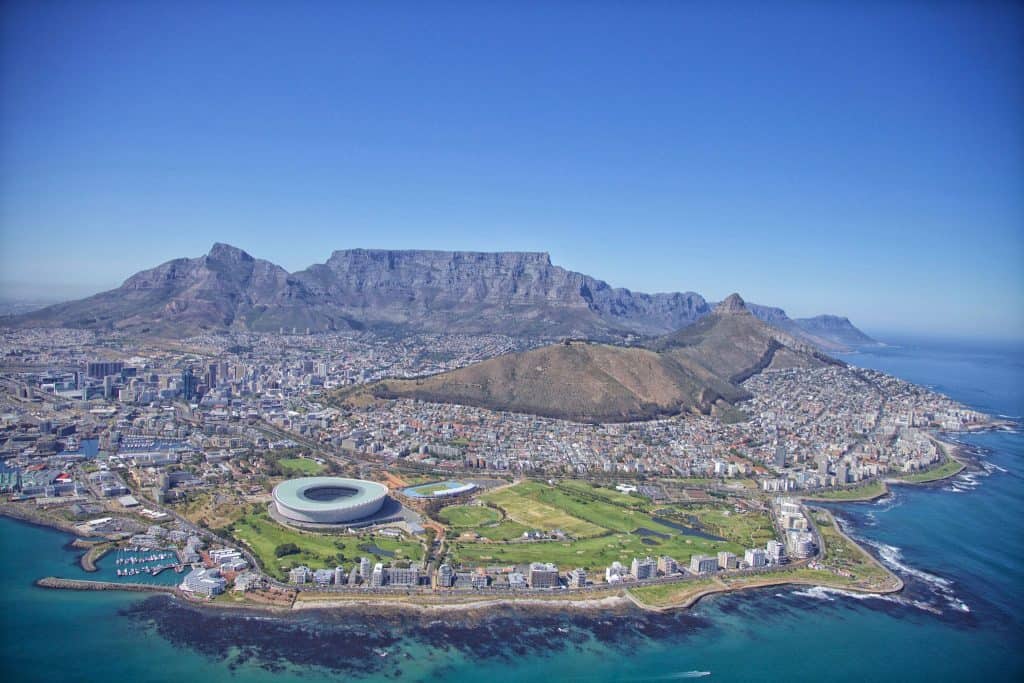 A weekend spent in Muizenberg is a weekend well spent 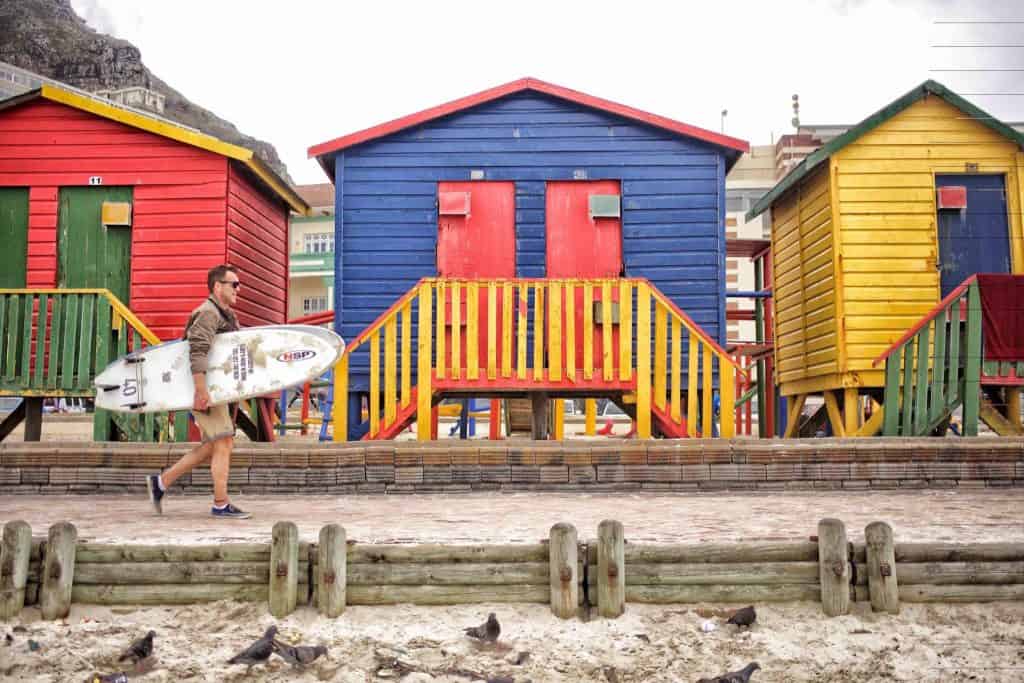 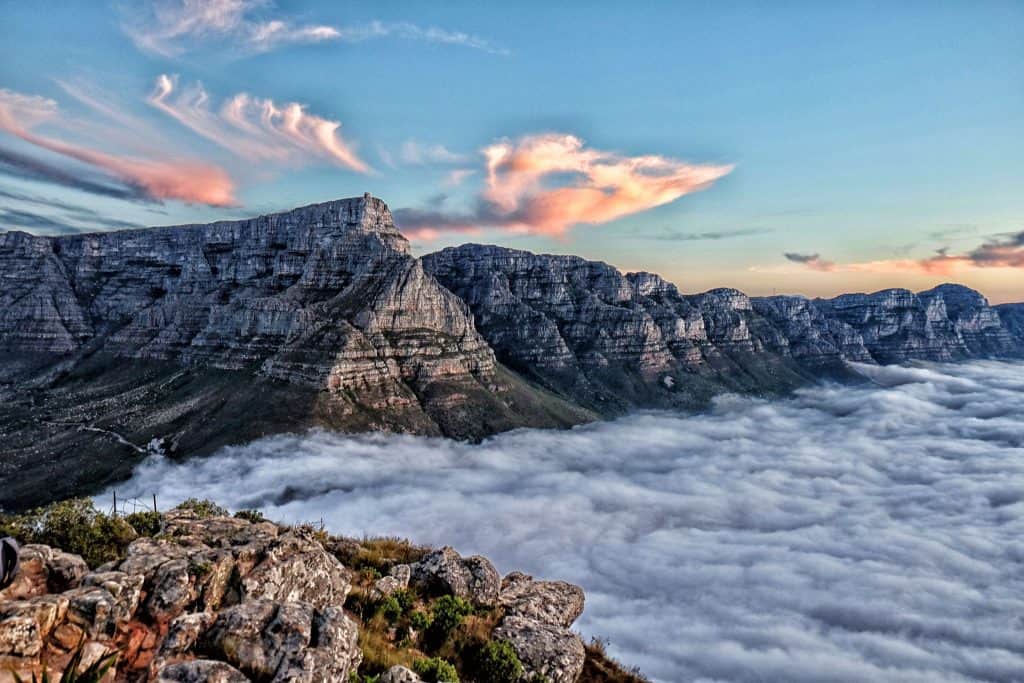 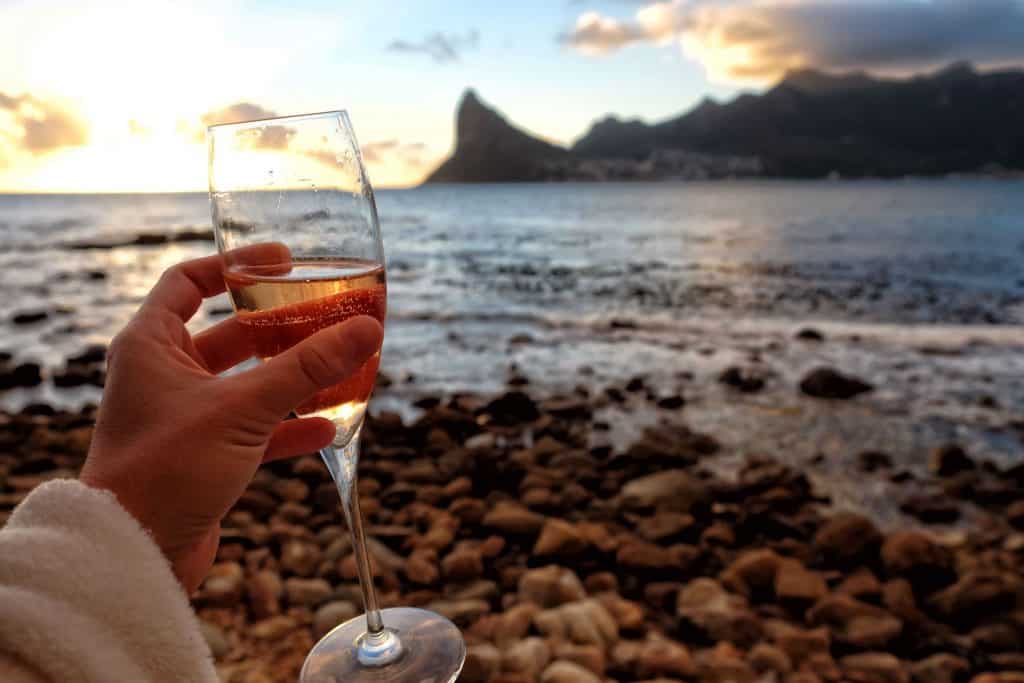 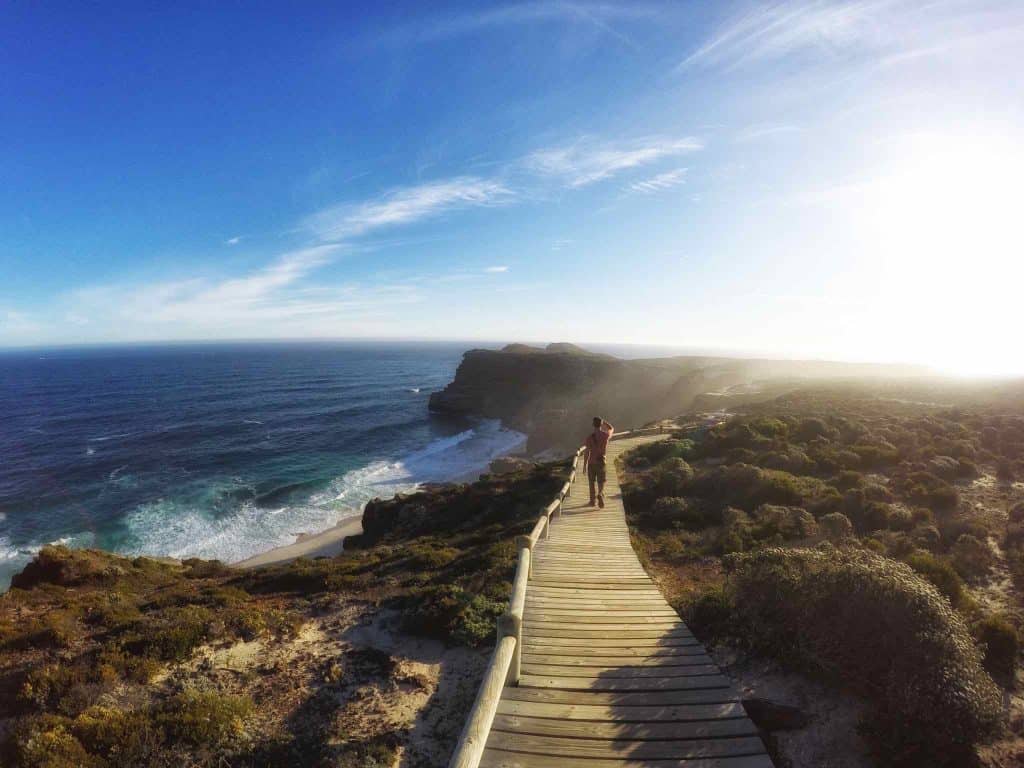 Hout Bay from across the bay

Beautiful Days in the Cape 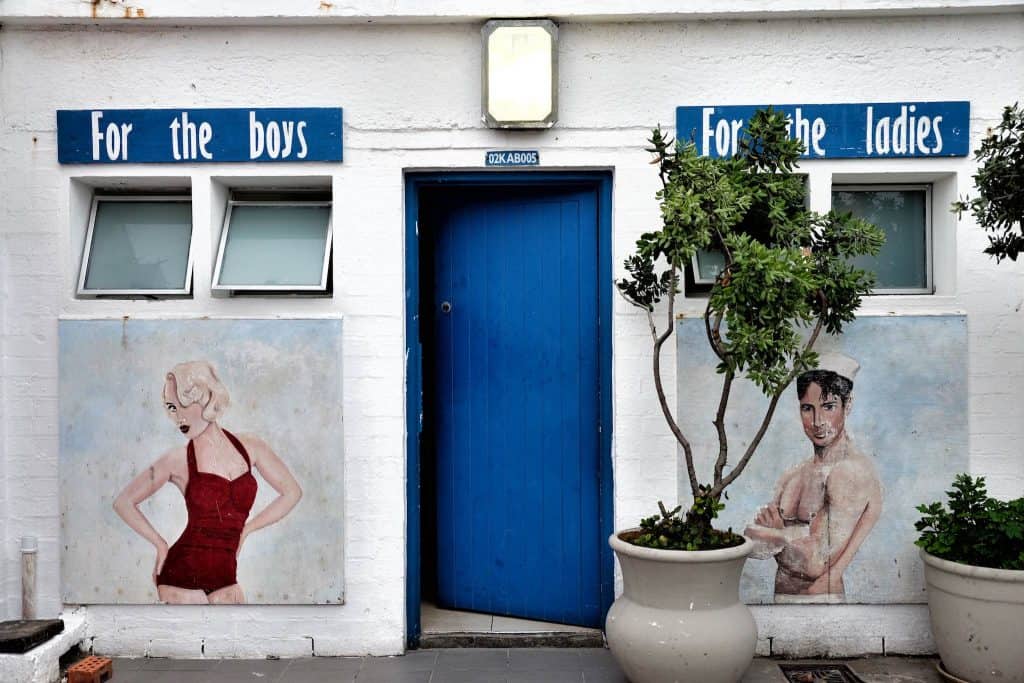 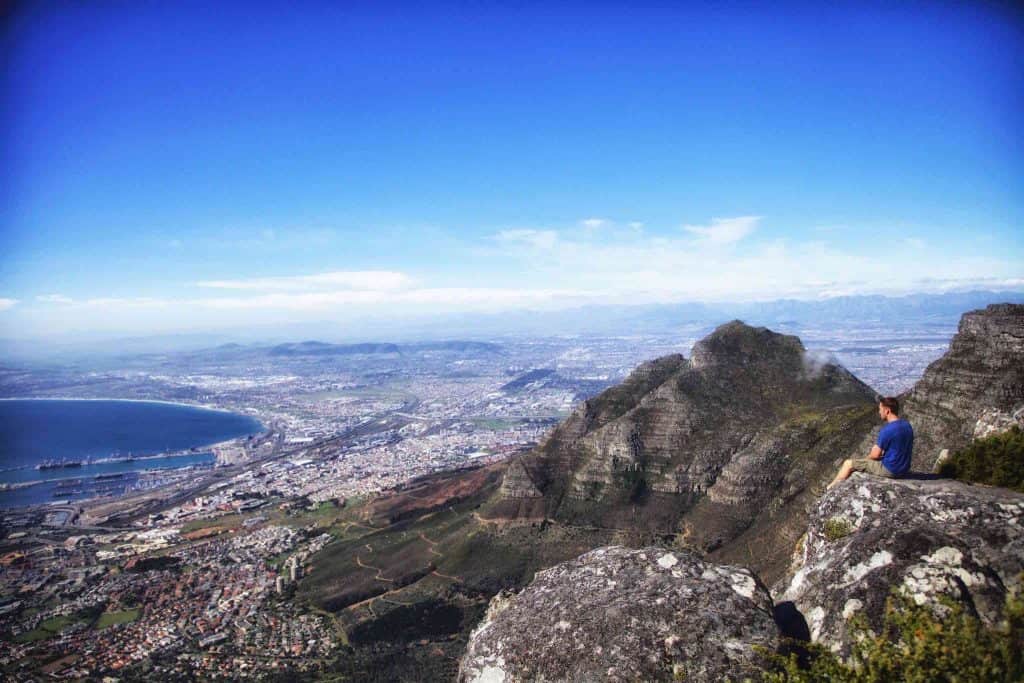 Camera Gear We Use

When is the Best Season to Travel South Africa?

This is the high season in South Africa, but that doesn’t mean that it’s the best time to visit South Africa. The weather in South Africa really starts to warm up starting in November, some may say it gets unpleasantly hot in some places. December and January are particularly busy because of the holidays. If you can manage it I would generally try to avoid travel during this time.

The weather throughout most of South Africa is pleasant during this time. Not too hot and not too cold. April and May are some of the best times to go on safari in South Africa. Crowds are low, and the wildlife still gathers around the watering hole, which makes for easy viewing.

This is South Africa’s winter season meaning low numbers of tourists and cooler weather. We traveled around South Africa in August and September and still had a fabulous time. The weather was cool, but only really at night did we need a jacket. Winter means the middle of the dry season making game viewing on safari generally quite good. This is also the time when you’ll be able to score deals across the country!

1 thought on “Is Cape Town the Most Photogenic City in the World?” 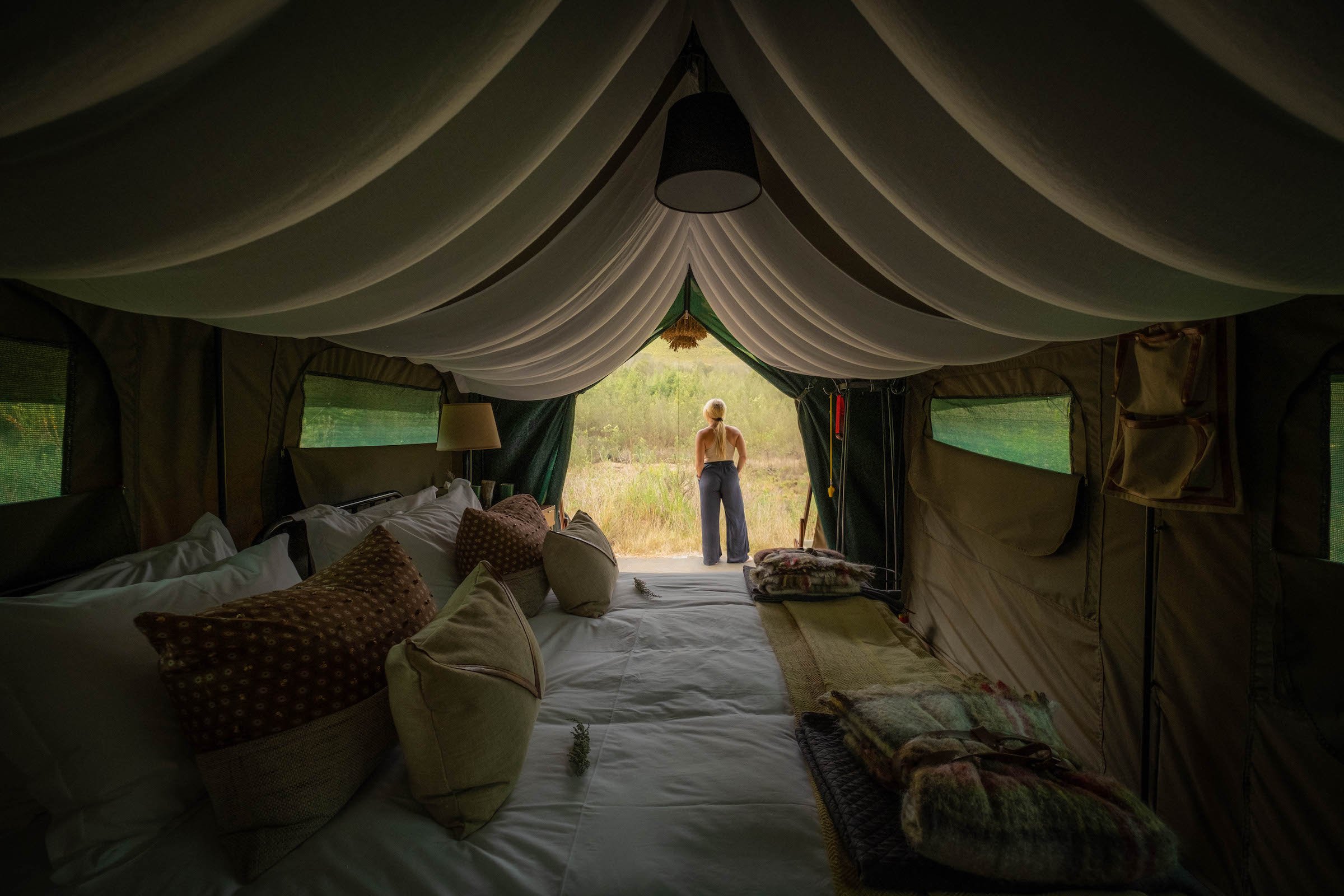 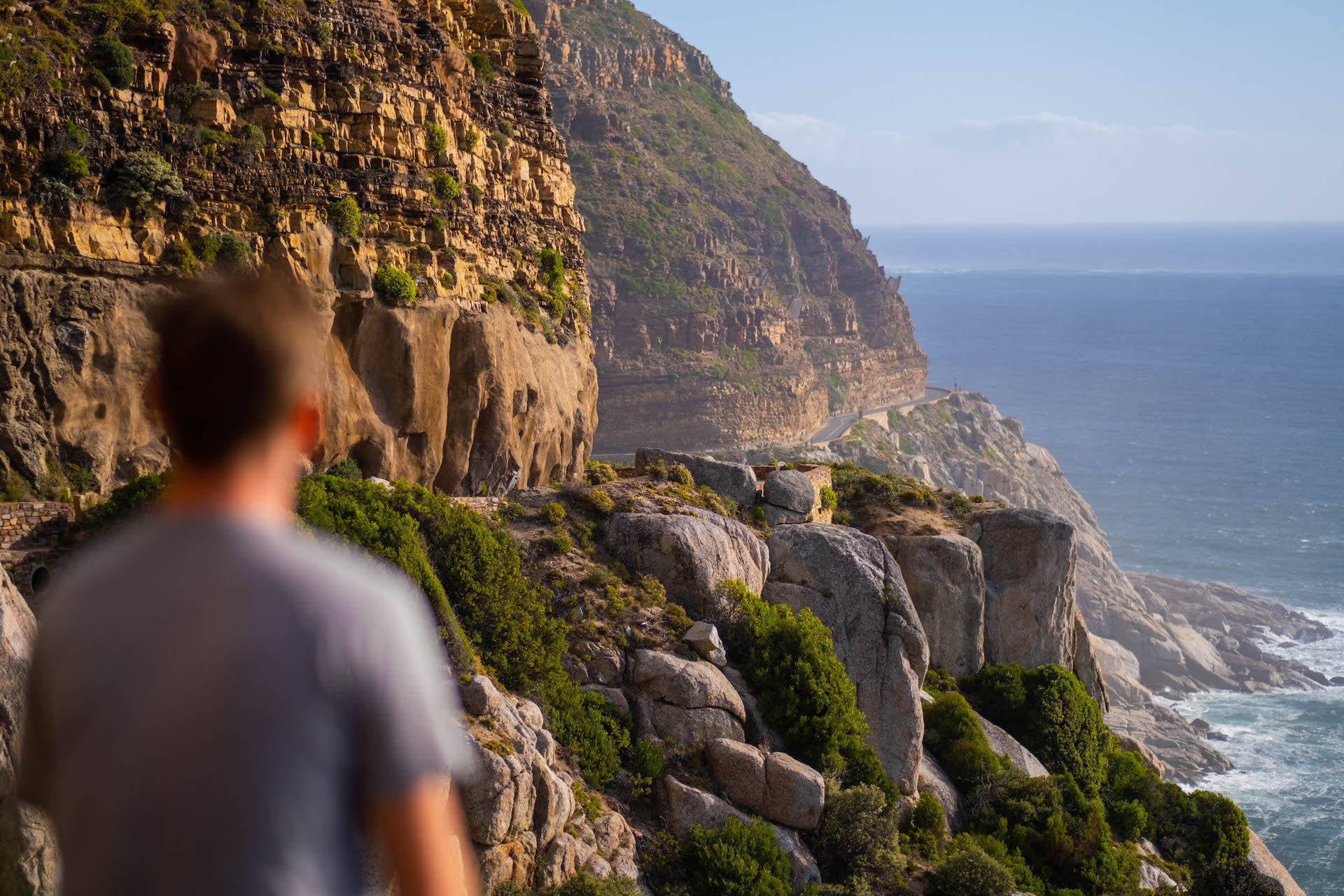 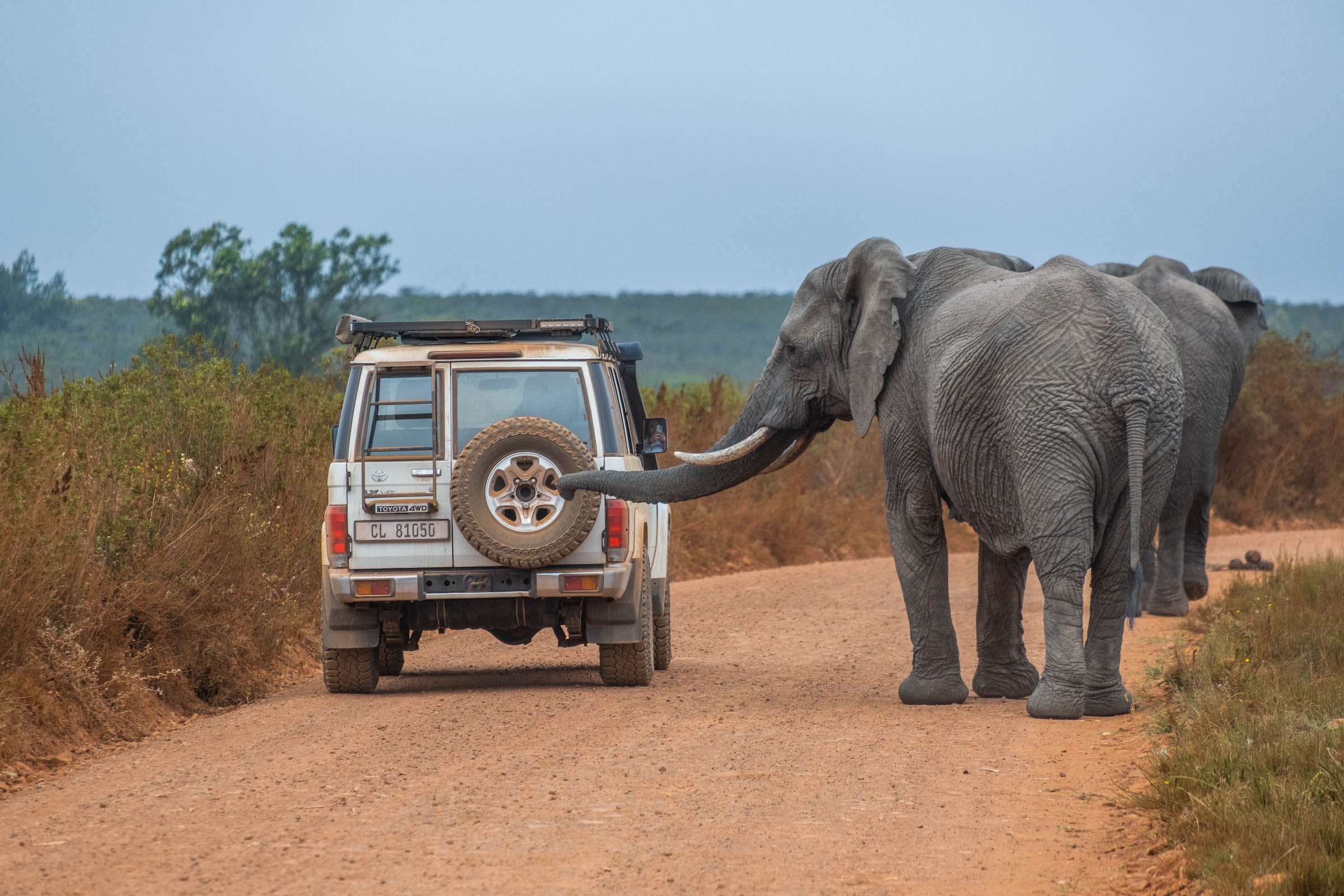 If you plan on getting a car rental for South Africa, you are in for a fantastic time. Having a car in this country gives you ultimate freedom. There’s so…

Looking for a few fun things to do in Cape Town for couples? After spending months in the city together, we feel confident we can share the best romantic things…