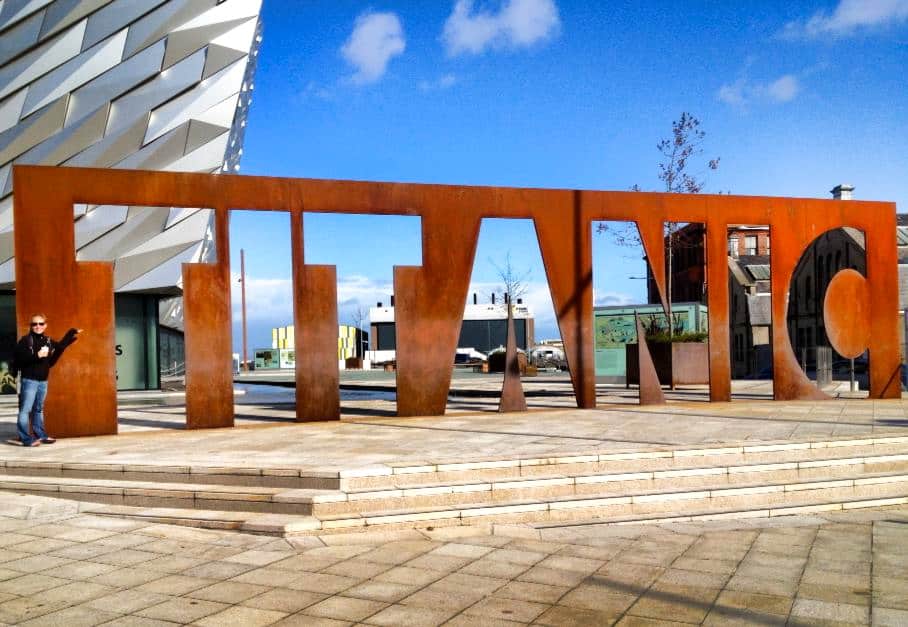 Anyone that knows me personally knows that I have a strange obsession with Titanic.  Yes, the movie and the actual ship. Cameron has heard about every useless fact there is about James Cameron’s masterpiece, and all the interesting facts that happened on April 14, 1912.  Almost daily, I refer to a Titanic quote to go along with any number of real world situations that I find myself in.  Anyways, the point is, that I love Titanic; so when I learned of the Titanic museum in Belfast I knew I just couldn’t miss a trip there.

Before I embarked for my trip down Titanic lane, I decided to go on a Black Taxi Tour of Belfast. These tours are well known and a very popular pick to do for a couple of hours during the day.  It’s best to arrange for a group to join in on the cab after hopping in your local taxi driver will then take you back through time to discover the city’s hidden gems, and also a glance at it’s dark times during The Troubles. I highly recommend the Black Taxi Tour,  it was only about a two-hour tour, so I was still able to sail onward to the Titanic museum fairly early.

Visiting the Titanic Museum in Belfast

The Titanic museum in Belfast is a massive and impressive piece of architecture, just like the actual ship.  Walking a few hundred meters past the museum you can actually see and enter the site where the Titanic was constructed at the dock and pump house.  To actually walk from end to end of the construction site really lets the realness of the ship sink into your bones.  Many people choose to opt out to see this part of the site, but to wander around the last sitting place of the Titanic is incredible. Walking the giant quarter alone where Irishmen worked day and night to produce a ship destined for doom was eerie, but I was now prepared for what I was about to see inside the actual museum.

The museum is even larger inside than it looks from a distance.  Upon entrance, I instantly got anxiety that I would not be able to finish the whole thing by closing time.  Starting at the top you walk through Belfast and the shipbuilding industry, after you are led to a an interactive ride that takes you through the construction of the ship.  Before moving on to the actual sinking you relive being a passenger on the Titanic.  Virtual and replicas of the interior show you the striking features and rooms built for passengers and crew.

I thought I was a Titanic buff, but it was in the Maiden Voyage section that I was able to read first-class testimonials from people who lost everything, lucky soles that missed embarkment, and children that were orphaned.  My favorite part was next, the sinking! Even as a child I would skip the first VHS tape and skip right to the sinking, where the tragedy and blockbuster entertainment intermingle. There are no spoilers here, the Titanic does indeed sink, and the museum has done a great job at preserving artifacts.  It’s hard to imagine what the scene was like when the world heard the news of the sinking. After taking a trip to pier 59, the New York dock the Titanic was supposed to dock at, I could only imagine the chaos.  In the museum, you are taken through that aftermath, the myths, the facts, and the experience that the entertainment industry has made a fortune on. The fun doesn’t end there! Heading out don’t forget to check out The Dock Cafe about a five-minute walk away.  The quaint cafe sits right on the water, offering you a great view of Belfast.  With a vast selection of teas, coffee, and free wi-fi this is the perfect way to end your Titanic experience.

I made the trip to Northern Ireland specifically for the Titanic museum in Belfast, which is why I chose to write such a detailed post.  However, I found that Belfast is a charming city that can easily be explored by foot.  It’s a two-hour bus ride from Dublin, so if you can afford the time to settle in and get your arse to Belfast!

Natasha is the co-founder of The World Pursuit. She is an expert in travel, budgeting, and finding unique experiences. She loves to be outside, hiking in the mountains, playing in the snow on her snowboard, and biking. She has been traveling for over 10 years experiencing unique cultures, new food, and meeting fantastic people. She strives to make travel planning and traveling easier for all. Her advice about international travel, outdoor sports, and African safari has been featured on Lonely Planet, Business Insider, Fodor’s, and Reader’s Digest. 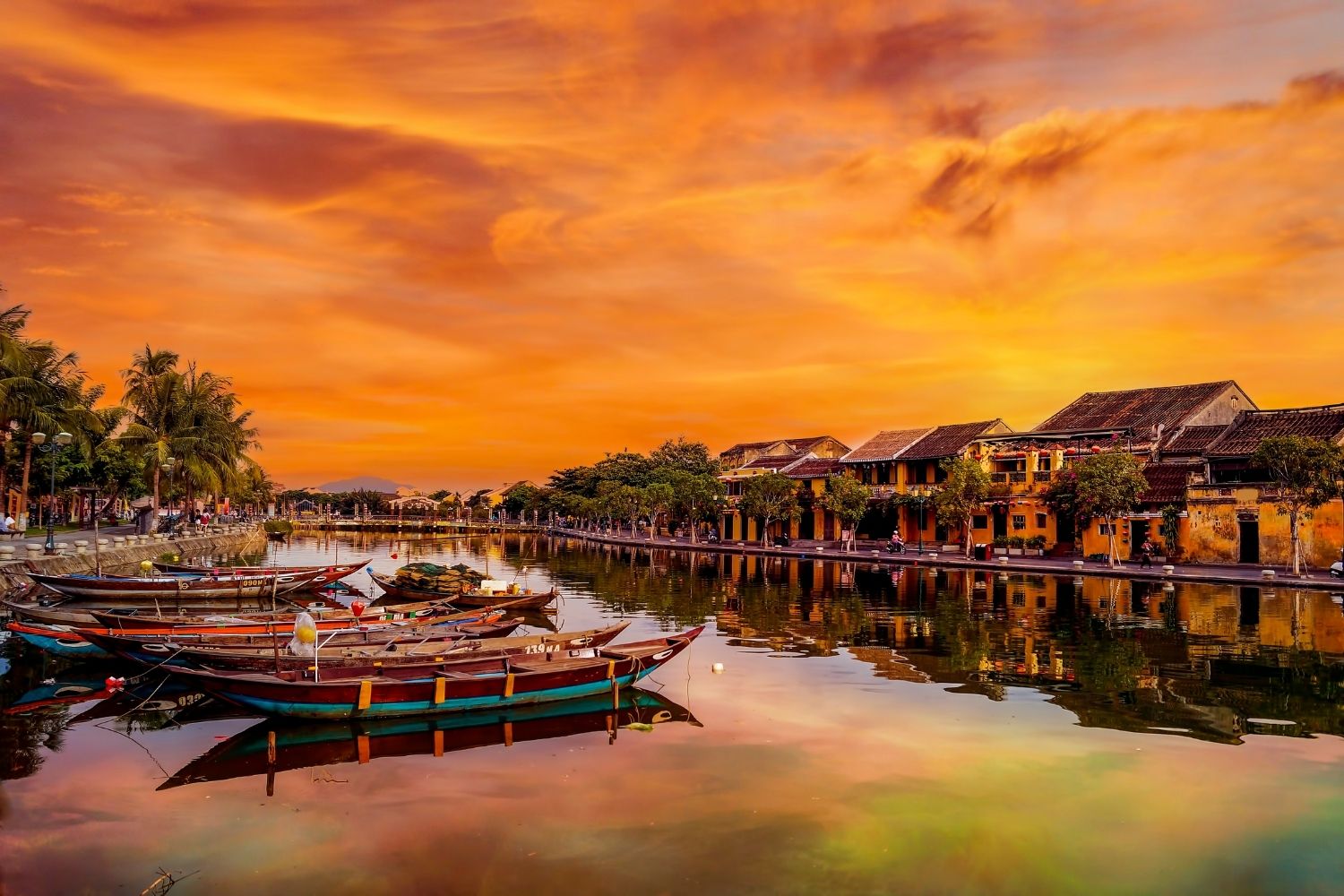 Those wondering when is the best time to visit Vietnam need to look no further. Vietnam is an exciting slice of Southeast Asia. From the crumbling colonial vestiges of Hanoi… 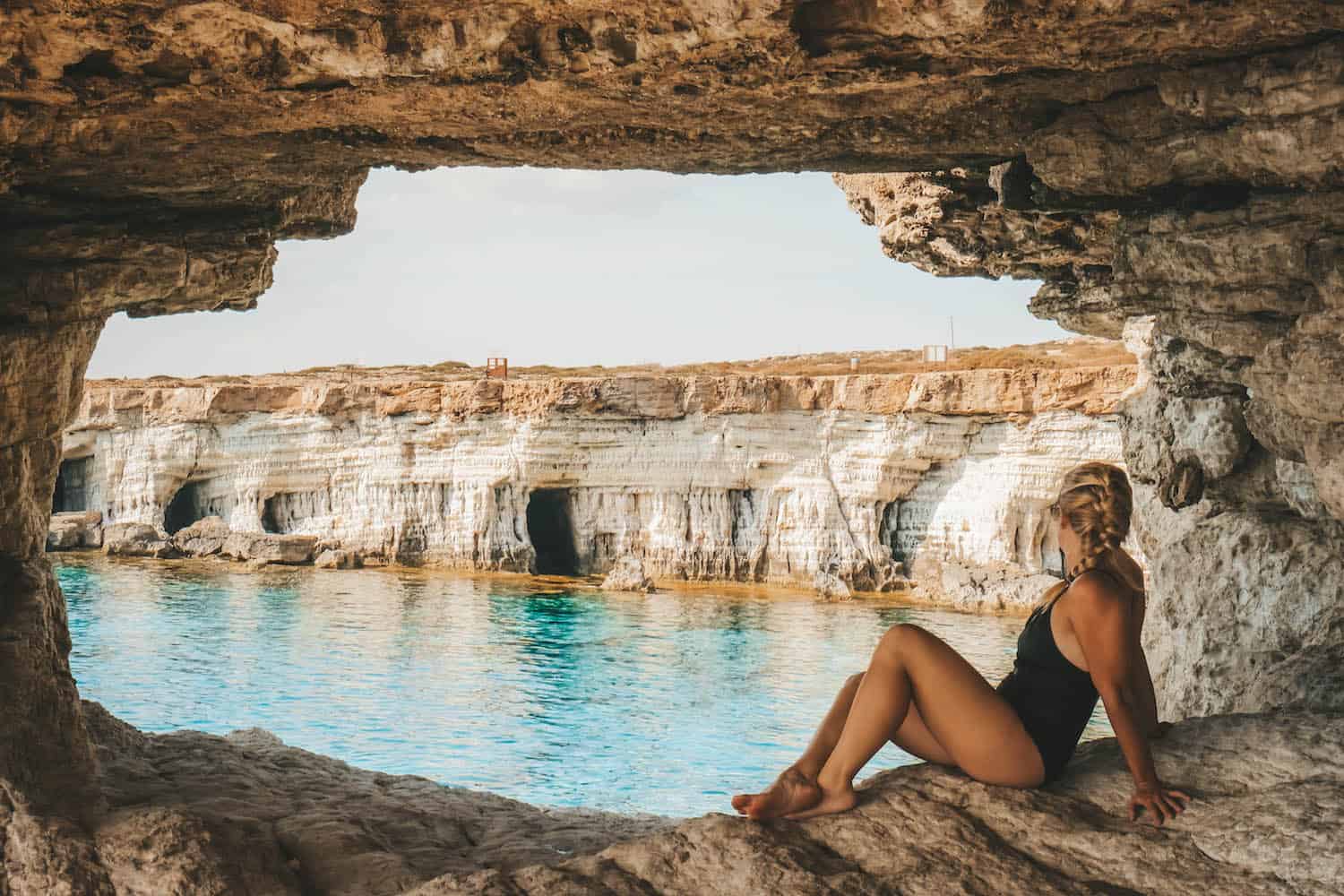 If you’re looking for the best things to do in Ayia Napa we have you covered. From the best restaurants to eat in Ayia Napa, to amazing places to stay,… 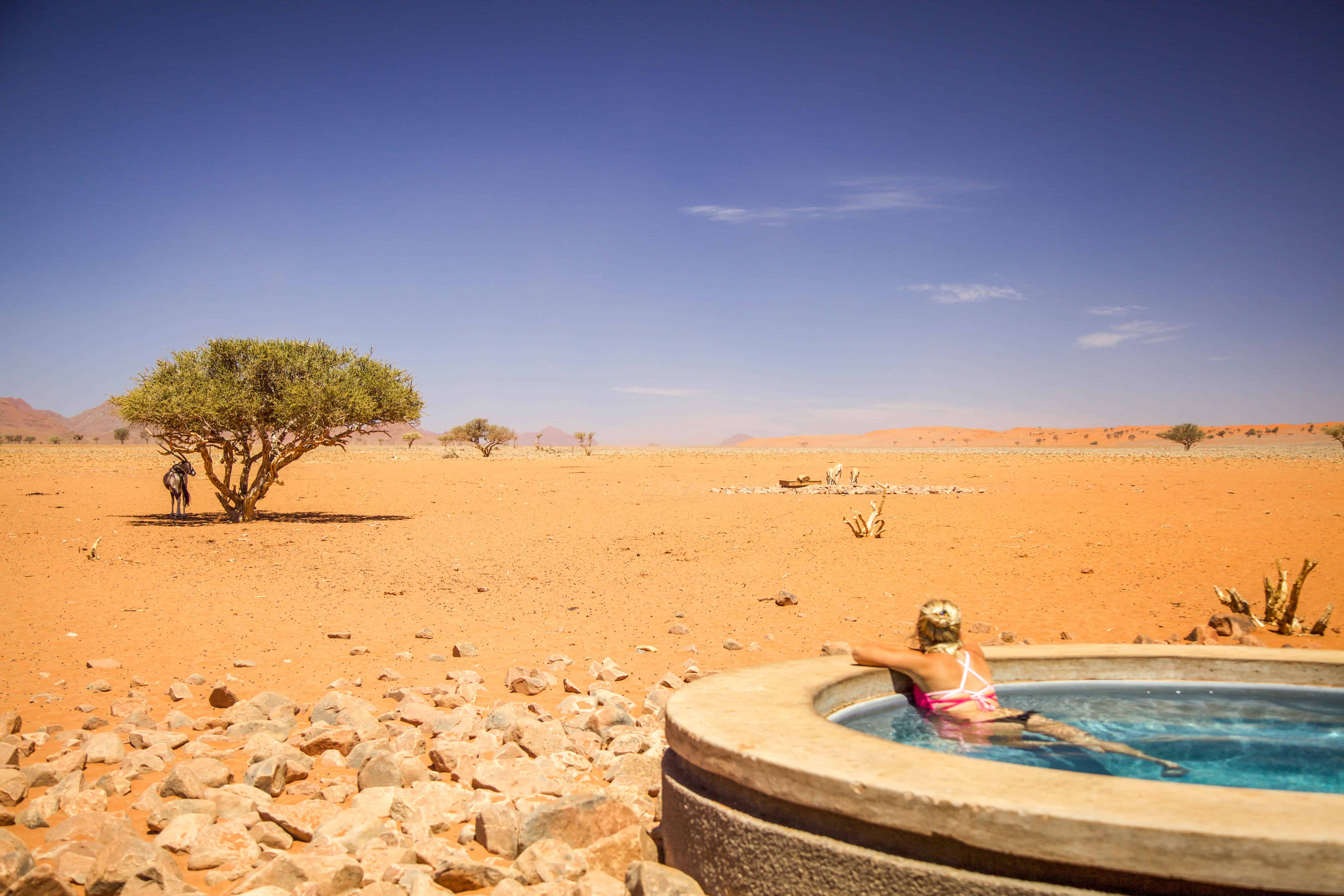 Namibia may seem like it’s always a hot and dry desert country, but there is actually a best time to visit Namibia and an inferior time to visit. Let’s dig… 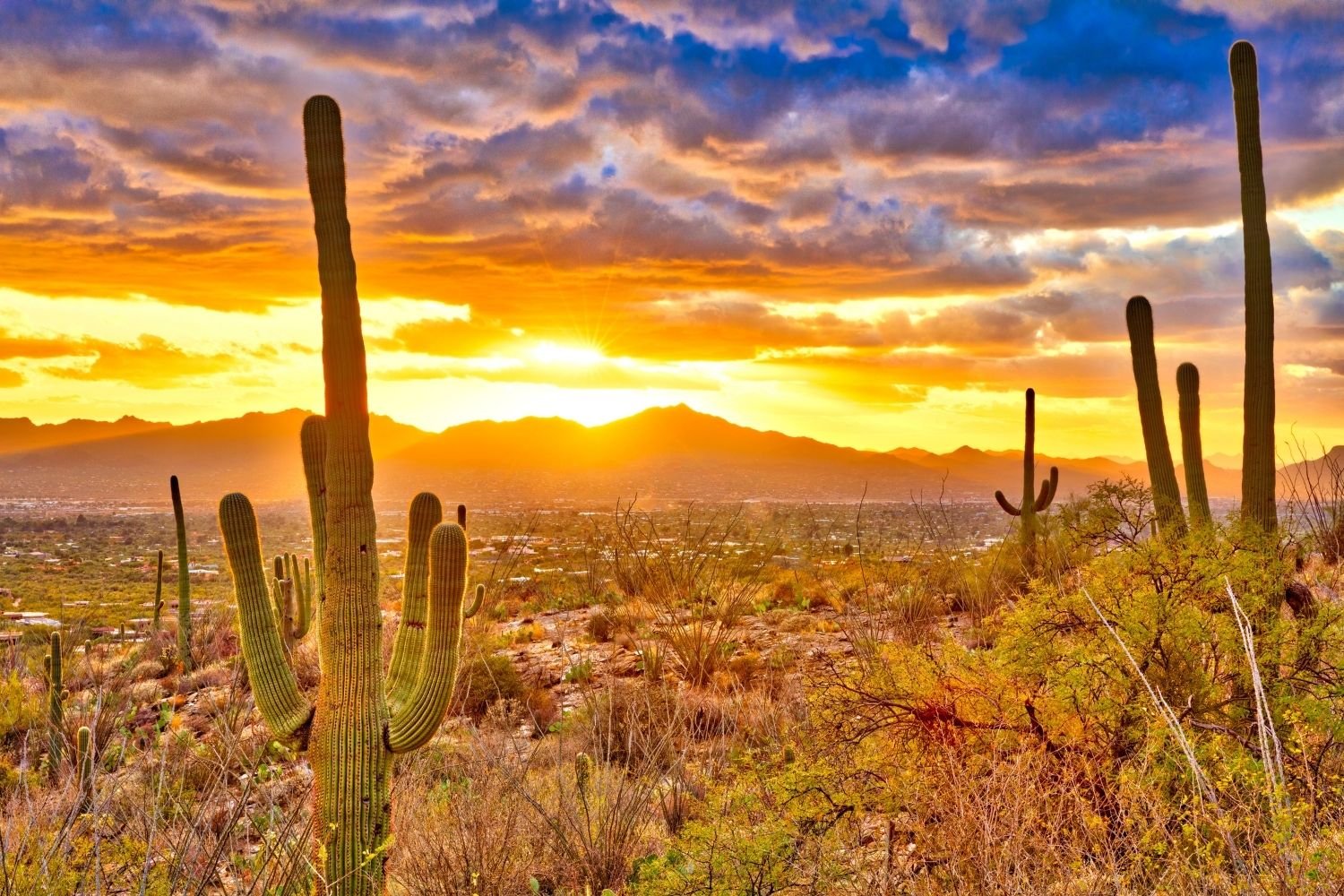 The American Southwest landscape is one of the most unique in all of the USA with stunning red rocks, canyons, mountains, and deserts. It’s no wonder visitors flock to experience…