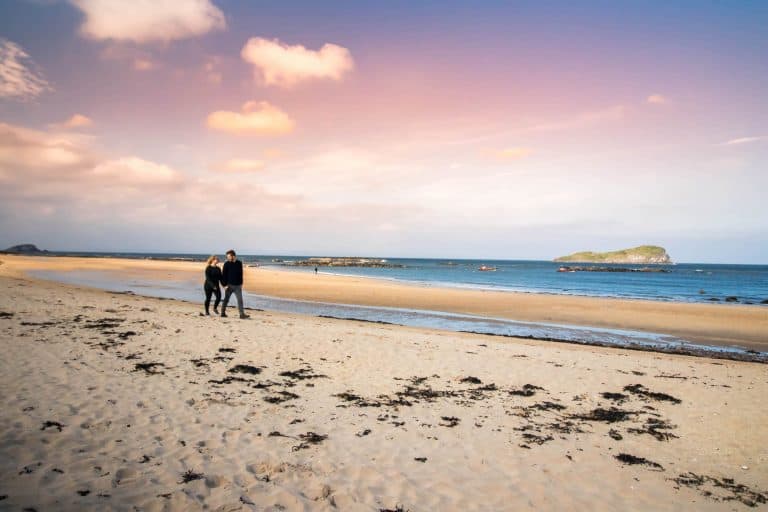 There are a few things you need to know before you travel to Scotland. With two amazing and historic cities in Glasgow and Edinburgh, and more opportunities for outdoor activities there is something for everyone in Scotland. As long as you don’t mind some unpredictable cloud coverage with a chance of rain.

We had more than just a wee bit of fun in the charismatic and stunning highlands of Scotland. It’s packed with history, stunning landscapes, great food, and charismatic locals.

It doesn’t matter if you are a regular traveler or first-time traveler these are a few things you should know before you travel to Scotland, the rest I’m sure you will figure it when you get there!

There are two things you need to know about the people of Scotland. They are some of the friendliest people on earth and they like to drink. Don’t be surprised when you hear the classic line “oh, it’s just a wee drink” or “how ’bout a wee dram o’ whisky.”

Although, Scotch is of national pride and an amazing spirit it is not what the Scottish drink every day. The most popular drink these days is gin and beer. So, we got to make friends and relive our days of African safari with some gin & tonics.

If you travel Scotland you better try at least a little of their national drink just once.

When you travel Scotland you should get used to saying the word wow if you are planning a road trip around Scotland! The rugged mountains that appear to be older than time itself are cloaked in thick heather that washes across the landscape in a sea of green and purple. In all the places we have traveled the Scottish Highlands is one of the most beautiful regions we have ever seen.

We weren’t prepared for the beauty of the highlands or the Isle of Skye and knew nothing about the landscape of Scotland before arriving. It only took an hour of driving out of Edinburgh before we were out of the car snapping photos.

One thing to know when you travel Scotland is there is no such thing as trespassing. Everyone has the right to roam along the countryside, including farms. The “freedom to roam” is the public’s right to access public or privately owned land for recreation.

This doesn’t include houses, gardens, or military bases, so don’t go squatting on someone’s porch, but it does allow people to enjoy the land and inland water for their own well being. The only stipulation is that you must do so responsibly and safely.

So, mind the sheep and close the gate!

4. Cloudy With a Chance of Sun

Despite what you may see in countless photos and videos (we’re guilty) Scotland has some notorious weather. Expect clouds, rain, wind, sideways rain, fog, and the occasional sun. If you’re coming to Scotland for a suntan you may want to rebook your flights. It’s best you come prepared with at least a rain jacket and waterproof boots.

Forget the umbrella! Wind + Umbrella = Not Good If you want to know more we’ve got a packing post for Scotland!

There is a serious amount of Scottish pride these days. With a rich culture and the Scottish flag flying just about everywhere it’s impossible not to get into the Scottish mood.

The Atlantic Ocean supplies a copious amount of amazing seafood to Scotland. Fish and chips may a be a classic dish, but there is a lot more to food in Scotland these days than a fried piece of cod. Look for amazing smoked salmon, fresh oysters, langoustine, trout, scallops, and even sea urchin. We had some amazing meals on our Scotland trip. You can check out the best of our Scottish food here.

One thing you need to know about before you travel Scotland is the midges. If there is one terrible, terrible, terrible thing about Scotland it is the bloody midges – and the Scots will agree! We’ve dealt with a lot of insects in our travels, but none as bad as midges (and yes that includes our year in Africa). They are tiny flying insects that are attracted to your nose, eyes, mouth, and every exposed piece of skin.

Oh, and they fly in swarms and they bite. If you run across a patch of these flying demons you will know it.

The best defense is some bug spray and clothes that cover your skin. We did see some photographers with these things that might be a worthwhile investment… We didn’t know if we should laugh or applaud them.

Loch, hill, ben, and glen are just a few names you’ll need to learn when you travel to Scotland. These aren’t names of people, but various natural features you’ll find throughout the country.

Lochs are what the rest of the English speaking world refers to as lakes. Hill or Ben can refer to a mountain, and glen means valley. Also, I’m convinced all pirate talk in movies is just a bunch of Scots. Aye, lassie!

9. There are a Few Narrow Roads

Wondering how to travel in Scotland? Well, one of the best ways is to drive yourself! If you plan to drive through the Scottish Highlands or the North Coat 500 be prepared for some single track roads. The vast majority of roads in Scotland are one lane with a small passing area to allow to oncoming cars to pass.

These passing points are roughly every 400 meters or so to let oncoming traffic get through. The car closest to a passing point should be the one to yield. That does not mean crossing the path of another vehicle into the passing point. If the passing place is on your side of the road you move over, if it is on their side you wait for them to approach you.

10. and Shaggy Cows and Black Sheep

There are more sheep in the Scottish Highlands than there are people. In other words, there is a lot of sheep, like a ton, Scotland thank you for supplying the world with wool.

They also gave us an animal with probably the best hairdo in the world. The Highland Cow, ‘ighland coo’, shaggy cow, or kyloe. If you’re traveling Scotland spotting one of these iconic animals is an absolute must.

Most trips to Scotland will start and end at Edinburgh Airport. The best way to travel around Scotland is with a rental car, especially if you’re traveling with a group. Driving in Scotland is no joke and it’s important to realize that before you rent a vehicle. For starters, the Scots drive on the left side of the road, with the steering wheel on the right.

Second, instead of stop lights and signs to idle at most of the roads in Scotland run smoothly because of roundabouts. Yes, roundabouts. Those are the circle streets you may get a wee bit nervous about driving on if you’re not used to them.

Third and most important – the roads on the North Coast 500 are often small single track roads fit for just one vehicle at a time. There are passing points every 400 meters or so to let oncoming traffic get through. The car closest to a passing point should be the one to yield.

We traveled around Scotland for two weeks and paid about $300 for a car rental in Scotland, which was a pretty decent deal in my opinion! I generally like to check comparison sites so I can get the best prices.

See More Our Tips for Renting a Car in Scotland

See More of Our Tips For Driving in Scotland!

Pick Up a Sim Card When You Travel Scotland

If you want to stay connected while in Scotland I would recommend picking up a Sim card and purchasing data when you arrive. We personally purchased 12 GB of data for £20 with Three. Their coverage extended into patches of the highlands and allowed us to at the very least check our emails, Instagram, and Facebook each day. Other comparable telecom companies in the UK include O2 and Vodafone.

When is the Best Season to Travel Scotland?

Like most places in Europe, Scotland’s high season runs from July to mid-September. This is when you will find the best weather as noted above, but also crowds. Days are longer, the weather is warmer, and hotel and car rental prices are at their highest.

We’ve traveled to Scotland during the shoulder season and loved it. The weather is cool, the leaves are orange and yellow, and the vibe in the air is wonderful. This is also when we’ve found great deals on car rentals and guesthouse. However, popular places like Glasgow and Skye were very busy. We saw sunny days, but also had a lot of those rainy Scotland overcast days.

The temperatures are cooler during the low season in Scotland and you stand a very strong chance of getting caught in a rain (or snow) storm. If you plan to travel to Scotland during this time you absolutely need a packable rain jacket, travel umbrella, and waterproof boots.

The upside is you’ll find low prices and low numbers of tourists. If you are in Scotland over the holidays make sure to take part in the festivals around the cities!

What to Pack When You Travel Scotland

Wondering what to wear in Scotland? The country’s weather is pretty notorious so it’s only natural that the question of what to pack for Scotland comes up a lot.

With that in mind, you should be prepared as you’ll end up spending much of your time in Scotland outside enjoying its beautiful cities and breathtaking landscapes.

What To Pack For Scotland?

Plan Your Trip to Europe 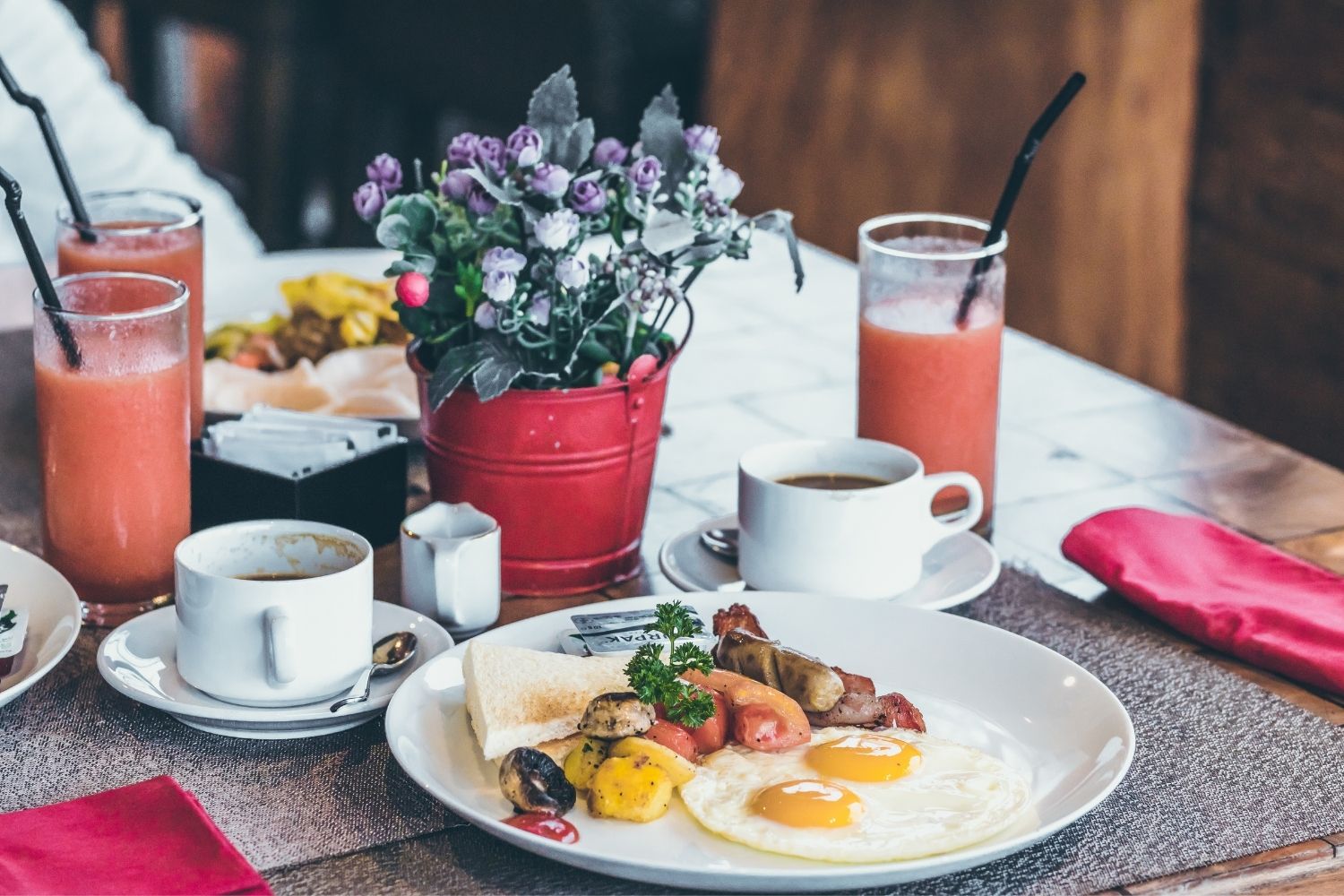 The Best Places to Eat in Scotland and What You Should Try There! What would be the point of traveling if we didn’t enjoy the local food? Scottish food can… 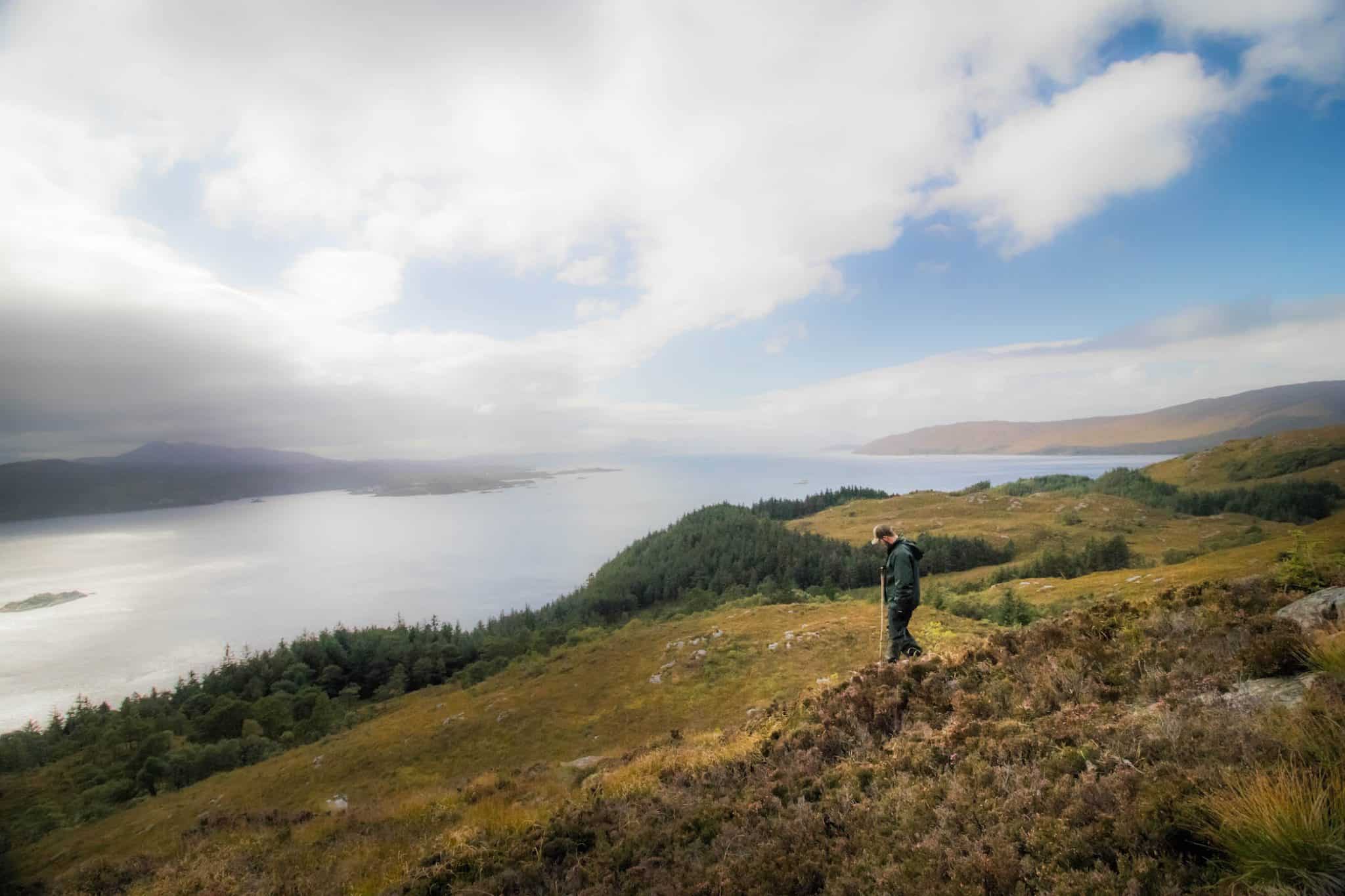 15 Places You Should Go Hiking in Scotland Looking for some of the best hikes in Scotland? Like most of Britain, Scotland is a wealth of natural resources and incredible… 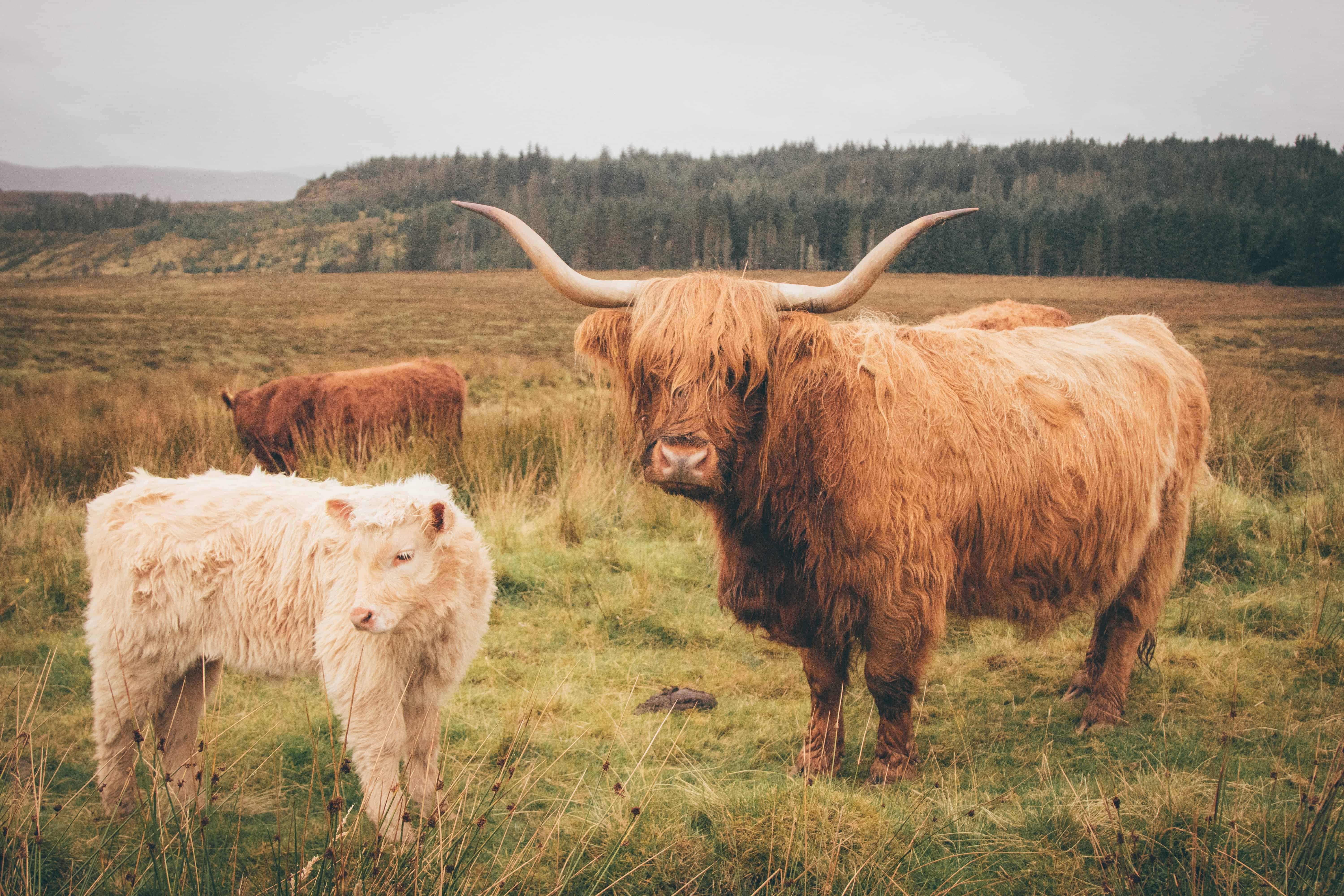 Post Summary: All You Need to Know About Driving in Scotland No trip to the UK is complete without a stop off in Scotland, home to Edinburgh’s Royal Mile, Scotch… 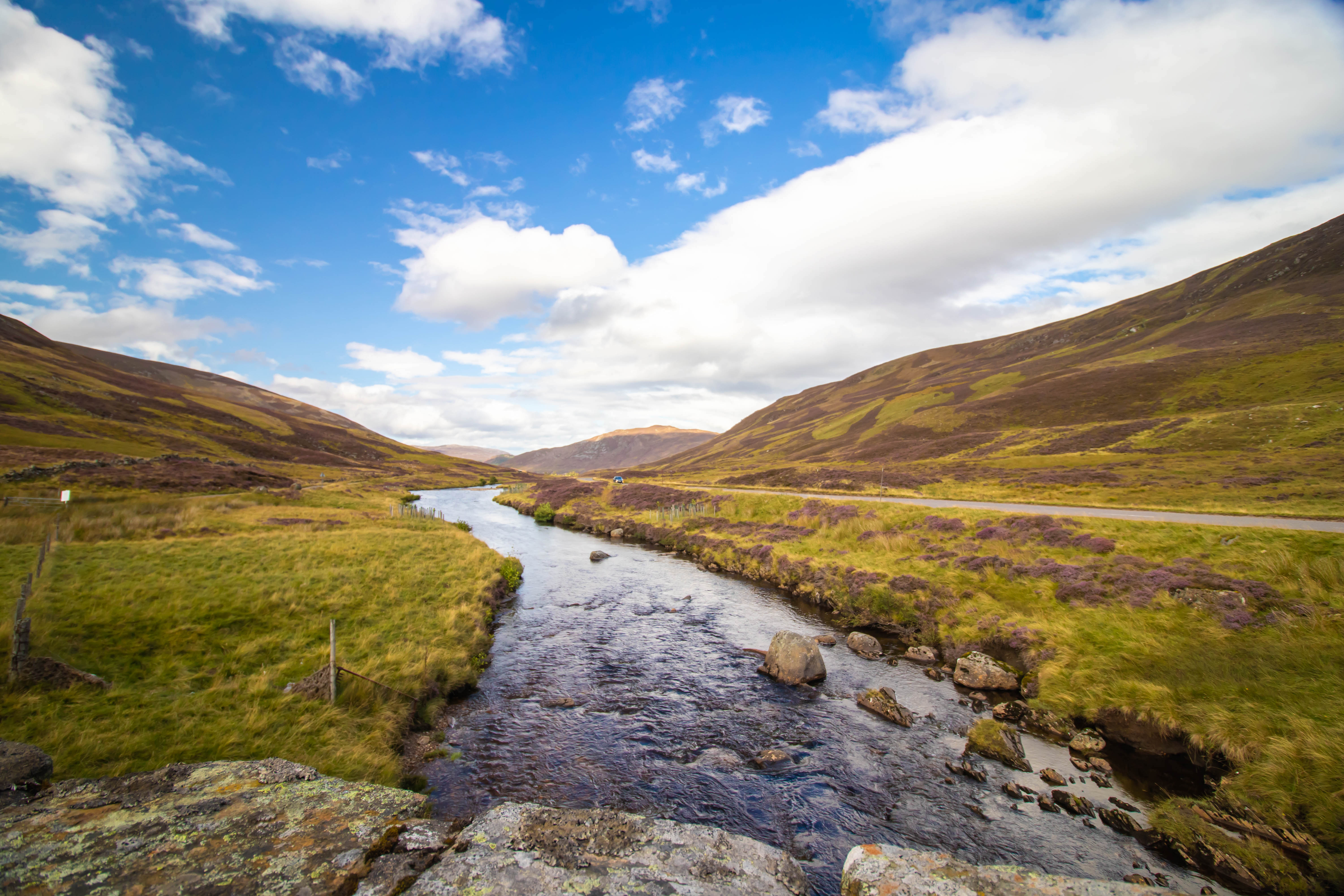